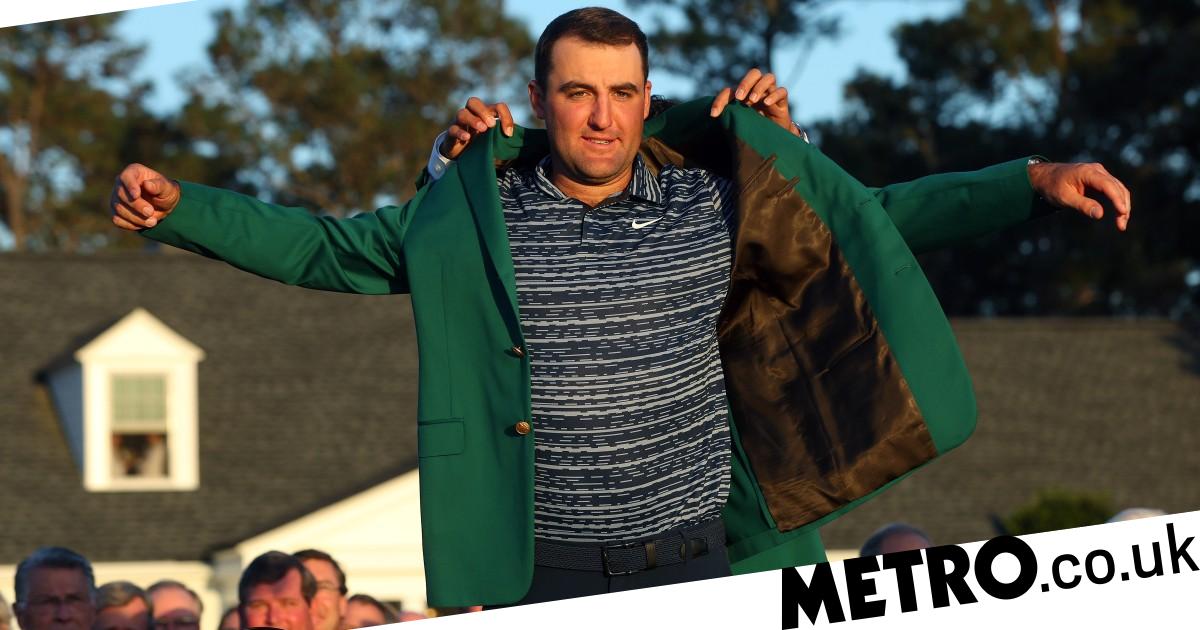 Masters champion Scottie Scheffler says he ‘cried like a baby’ before winning at Augusta on Sunday.

World No.1 Scheffler took this year’s green jacket after a convincing and composed final round saw him finish top of the leaderboard at 10-under-par, three shots ahead of Rory McIlroy who came close after a late charge.

Scheffler has now revealed that before the fourth round he was doubting whether he could finish the job as he thought about the prestige that comes with being a Masters champion.

‘I was so overwhelmed and didn’t know I was ready for this,’ he said. ‘I cried like a baby this morning.

‘I’ve dreamed of having a chance to play in this tournament, I teared up when I got my first invite in the mail. I love this place and if you’re going to choose a tournament to win it would be this.

‘You don’t know how many chances you get to win, you don’t want to waste them and the human condition is to make things bigger than they are and you think it’s a lot bigger deal than it is.

‘I don’t know what to say to be honest, I’m just really thankful to be in this position. I don’t think anything has sunk in. My head is still spinning.’

Scheffler’s triumph at Augusta crowns what has been an exceptionally quick rise by the young American this season.

At the start of February, the 25-year-old was still without a PGA Tour victory in his career, but a sudden burst of success has seen him become a four-time winner in the space of two months as he has scooped the Phoenix Open, the Arnold Palmer Invitational, the WGC Matchplay and now the Masters.

Scheffler turned professional in 2018 and often pays tribute to his friend who died from cancer five years ago – James Ragan – to whom he gets his inspiration from.

Seemingly mature beyond his years, many such as Butch Harmon – the renowned golf coach – believe the new Masters champion is now ready to win more majors as he reminds him of great players gone by.

Speaking to Sky Sports, Harmon said: ‘He (Scheffler) is an amazing young player, just 25 years old, but just look at how he handled himself, through adversity and what he did well.

‘What he has done over the last couple of months is beyond, it’s Tiger-esque. He does it so calmy, so coolly, so relaxed.

‘He reminds me of Jack Nicklaus. His coolness, his calmness. He never gets that excited, he just goes about his business. He is a 25-year-old journeyman, the way he plays.’

Scheffler will next feature in a major at the PGA Championship at Southern Hills next month. The last time the course held the event in 2007, Tiger Woods came out as the winner.


MORE : Tiger Woods confirms he will play at The Open after worst ever Masters finish