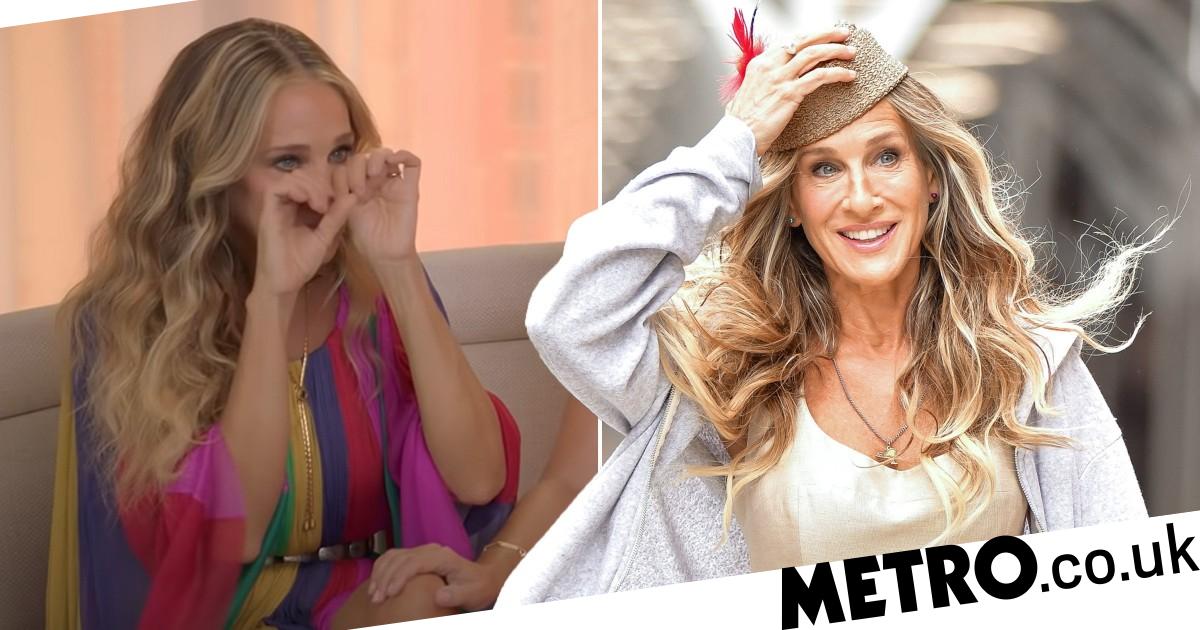 After Sex and The City 2 was slated by critics and Kim Cattrall flat out refused to  play Samantha Jones ever again, Sarah Jessica Parker never imagined And Just Like That would be possible.

In a new video released by HBO Max, Parker is joined by co-stars Cynthia Nixon and Kristin Davis, who star as Carrie Bradshaw’s best friends Miranda Hobbes and Charlotte York-Goldenblatt respectively, where they all became emotional discussing the long-awaited reboot.

‘We’re back because we want to be,’ Parker began. ‘Nobody dragged us back, this is a hard fought choice.

‘We want to be here to tell this story in this way and invite all these new people.’

Wiping tears from her eyes while her co-stars smiled, she added: ‘I didn’t think it was going to happen… we’re very aware of the good fortune that surrounds just this effort this time.’

‘We had this idea to come back in this way we’ve come back with a new kind of broader world,’ explained Davis.

‘They’re so brilliantly cast and they have such an interesting point of view.’

Nixon added: ‘Michael Patrick [King, the series director] really focused on the heart of each of these characters and also their connection to each other. He’s so funny but also he goes for the gut punch every time.’

Cattrall hasn’t shared her take on the Samatha-less reboot, which addressed her absence in the opening seconds, confirming she had fled New York City for a new job in London after falling out with Carrie.

Lo and behold, on Christmas Day, Cattrall confirmed she was actually in London which obviously went down a storm with fans.

As well as controversy surrounding Cattrall’s absence, Mr. Big star Chris Noth, whose character was killed off in the opening episode, has been accused of sexual assault, which he has denied.

Parker, Nixon and Davis all released a joint statement declaring their support for the women who made allegations against the actor.

And Just Like That continues Thursday at 8am on NOW.