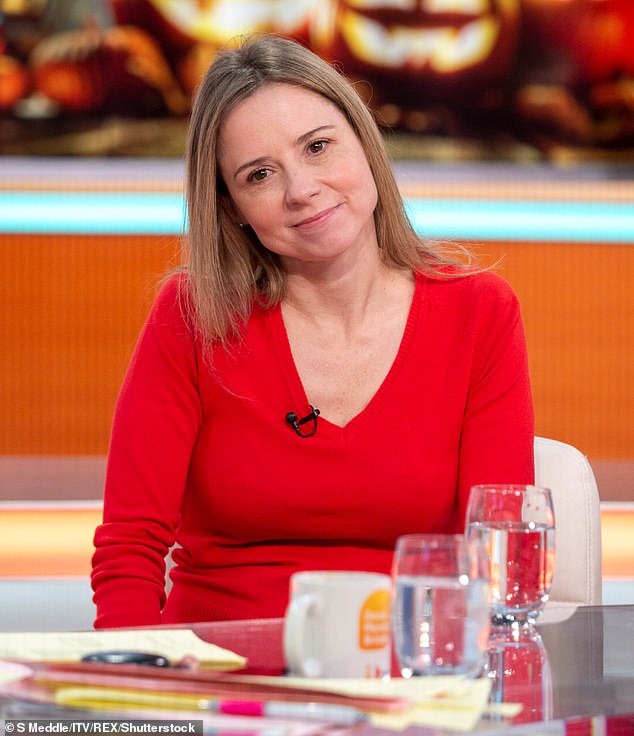 Sarah-Jane Honeywell gave an incredibly candid interview as she discussed being sacked by CBeebies, her problems with drugs and her heartbreaking miscarriage.

Speaking with Scott Dalton on BBC Radio Lincolnshire on Monday, the former children’s presenter, 47, shared the details of her life, including how her famous PETA photoshoot left her feeling ‘lost’.

Speaking with Scott Dalton on BBC Radio Lincolnshire on Monday, the former CBeebies star, 47, shared the details of her life, including how she grew up on a council estate, got a job on Cats – which led her to CBeebies.

‘I was lost’: Axed CBeebies star Sarah-Jane Honeywell detailed her shock sacking, drug abuse and miscarriage in a candid chat on Monday

Sarah-Jane was sacked from CBeebies back in 2011 when she posed topless in a PETA photoshoot.

The presenter revealed that she didn’t consider the shoot to be controversial as she had previously posed for a wet T-shirt photoshoot while having cola poured over her.

She spoke to Scott about this point in her life, saying: ‘I didn’t hear from colleagues about [the diet coke shoot]. I was invited to do a PETA photo as I’m vegan. It was bra and pants shot.’

Sarah Jane then detailed about how she was asked to take her bra off because they said she would get more attention.

She said: ‘I thought it would be okay but it wasn’t. The Sun went to BBC for comment and they said that I no longer work for them.’ 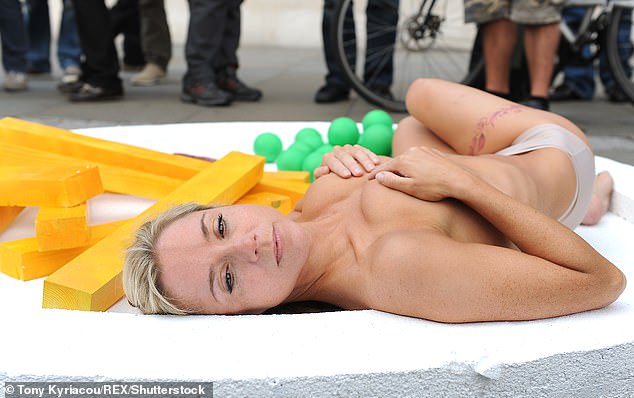 Throwback: Sarah Jane was sacked from CBeebies back in 2011 when she posed topless in a PETA photoshoot. She said, ‘I thought it would be okay but it wasn’t’

Speaking on her CBeebies days, she said she was ‘expected to be a saint’ and that when she revealed her back tattoo her bosses were shocked.

She also shared that her when she was working on the children’s channel that, ‘Dads wanted pictures with me, while mums scowled at me.’

The presenter also chatted about her drug and alcohol abuse when she was in her early 20s which also resulted in her getting sacked.

She said: ‘My ex said that I did drugs as well and then they took me off air.’

She shared that her friends had pleaded with her to get help on her birthday in 2001.

‘It was my birthday and we were at a night club and it was just awful, and you realise the answer is not where you think it is. My friends told me I had everything and they asked me “what are you doing.”’

She then detailed that getting sober 21 years ago ‘changed her life’ and it was the ‘best thing’ she’s ever done. 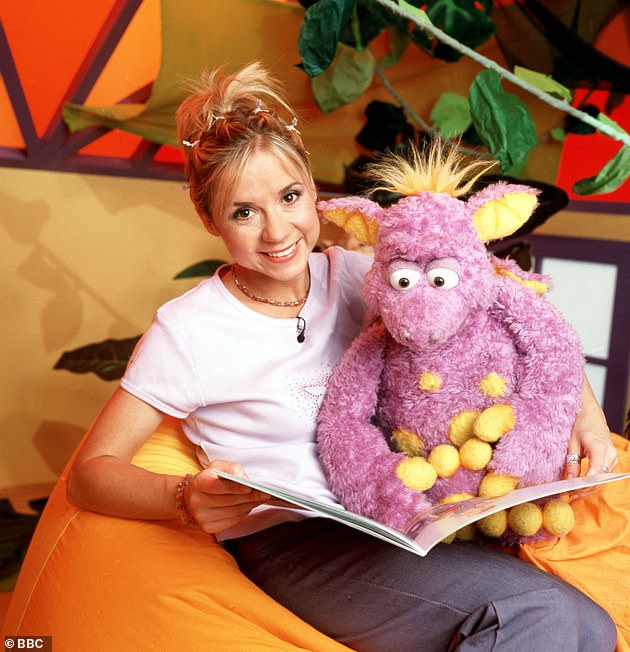 Eeek: She also chatted about her drug and alcohol abuse when she was in her early 20s, and how an ex of hers went to the media to tell them about that after the controversial shots; pictured on CBeebies in 2002

Elsewhere in the candid chat, Sarah-Jane discussed suffering a miscarriage with her husband Ayden Callaghan.

She said that the event made her realise that she wanted a child with her Hollyoaks star husband.

The presenter also admitted that she ‘lost her mind’ because Ayden was embroiled in a baby storyline on the soap.

However, the star later fell pregnant again and the couple welcomed son Phoenix, aptly called because he ‘rose out the ashes.’

Sarah Jane now hosts a weekly show on the radio station and owns a theatre company. 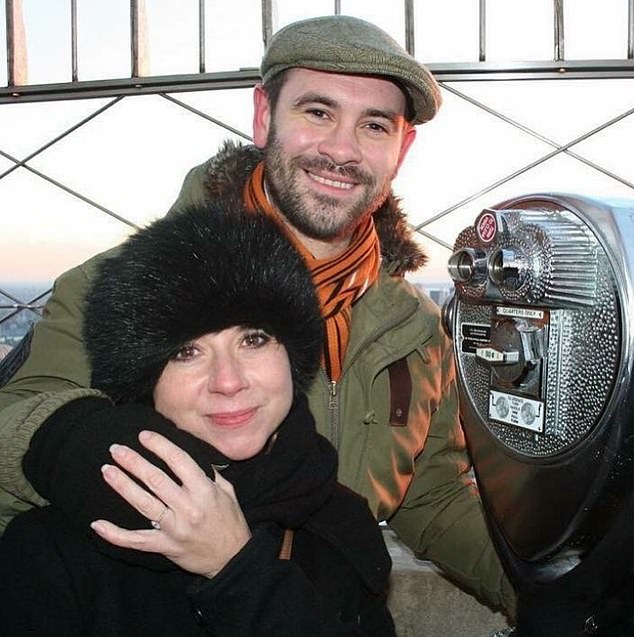 Family: She said that having a miscarriage made her realise that she wanted a child with her Hollyoaks star husband Ayden Callaghan (pictured)

Sarah Jane recently took to Instagram to commemorate 10 years since the controversial PETA shoot with a picture of her own.

She wrote in the caption:  ‘It’s 10 years to the day that a picture was taken that changed the projection of my life completely. To celebrate the changes that propelled me towards, here is a similar picture taken on my roof today, 10 years later.

‘This time though, I’m asking you to ‘Relate to what’s on someone’s plate. We are all in this together & we don’t have to get on but we can get along.

‘There is so much speculation about how ‘this picture’ got me fired from CBeebies but the truth is there was already a producer that hated me & wanted to get rid of me. This picture merely lit the match to a bonfire that had already been built for me.

‘Im so grateful though & I now know, even when life doesn’t go the way you want it to, things can turn out better than you wished for anyway. Without that bonfire I would never have met my husband. 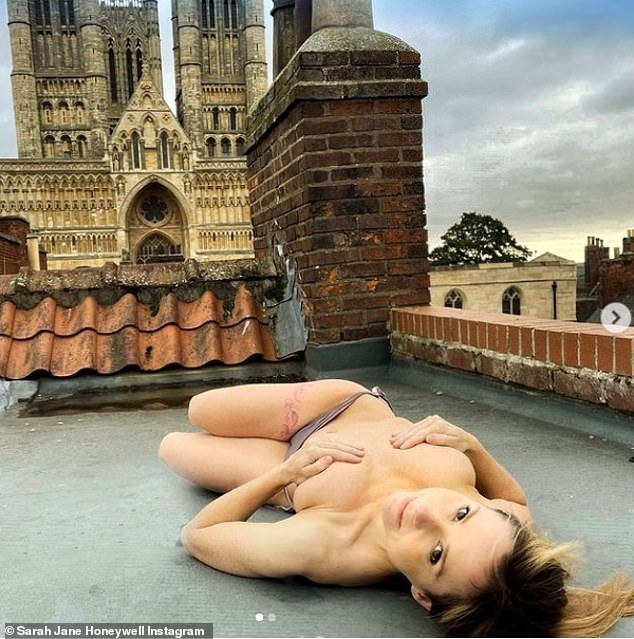 Oh my! Sarah Jane recently took to Instagram to commemorate 10 years since the controversial PETA shoot with a picture of her own (pictured)

‘I will always be impulsive (I either do or do nothing, there is no in between for me). If I think about my actions I am paralysed & I want to live, so I can’t think too hard I just have to jump & as I see it now I’m near my 50’s…

‘If I’m not hurting anyone then why not be a little impulsive. There will always be critics but we are here for such a short time on this crazy & amazing world, time is not to be wasted, life is to be enjoyed. To laugh & love & help others…

‘Amazingly, I am back working for the BBC after all & more than anything else, I am proof that no matter what life throws at you, as long as your children & family are safe, happy & well then nothing else really matters.

‘So embrace the day. Rejoice in the ordinary & if you want to be naked age 37 or 47 then do it. Do what tho wilt but harm non!

‘Enjoy your life & always be kind – because no matter how you feel about another human being, we are all part of the same tribe & we all deserve to live a happy supported life you are not your job.

‘You are not your salary or even where you live. You are not what other people think of you…..You are you & to be alive means everything.’ 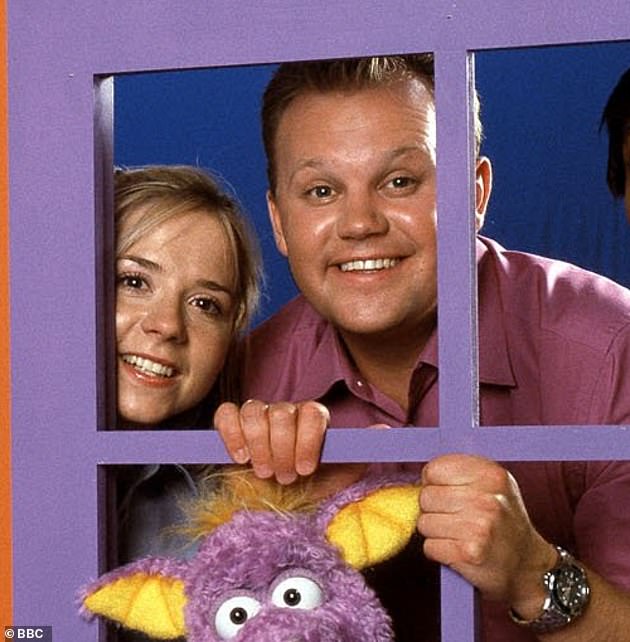 Happier times: The words come after Sarah-Jane claimed she was frozen out by her ‘best friend’ Mr Tumble after she was fired from the show

Her words come after Sarah-Jane claimed she was frozen out by her ‘best friend’ Mr Tumble after she was fired from the show.

Speaking about the fall-out she said: ‘I called and left him a message but to this day he’s never responded. We were the best of mates, so that really hurt. I do understand it though, because as a children’s presenter he needs to protect his own image.’

She told The Sun: ‘The BBC was asked to comment, and they simply said I no longer worked for them. That was how I found out. There was never a phone call or a single conversation with my bosses – despite me having worked there for 10 years’.

Justin has long been the channel’s hottest property and is said to earn six figure sums from the lucrative live shows that he once put on.

He continues to appear on the series Something Special, which has been praised for its use of Makaton sign language and being aimed at children with special needs or those that struggle to communicate. 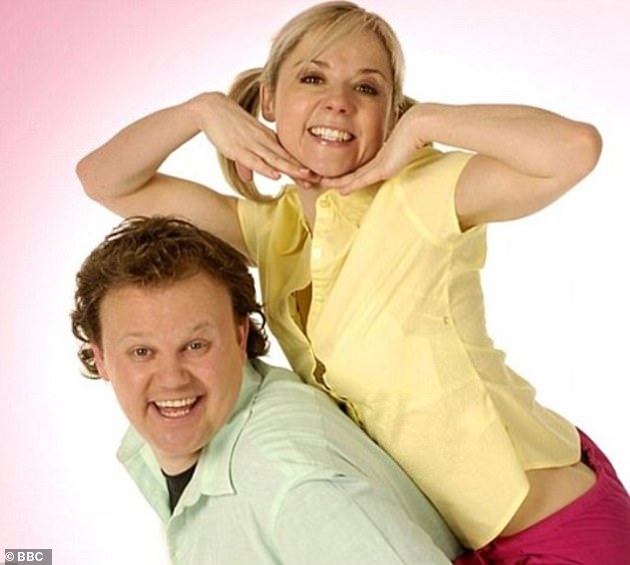 Hurtful: Sarah-Jayne claimed that she has heard nothing from ‘her best mate’ Mr Tumble – real name Justin Fletcher, 50 – after she was axed by the BBC in 2011