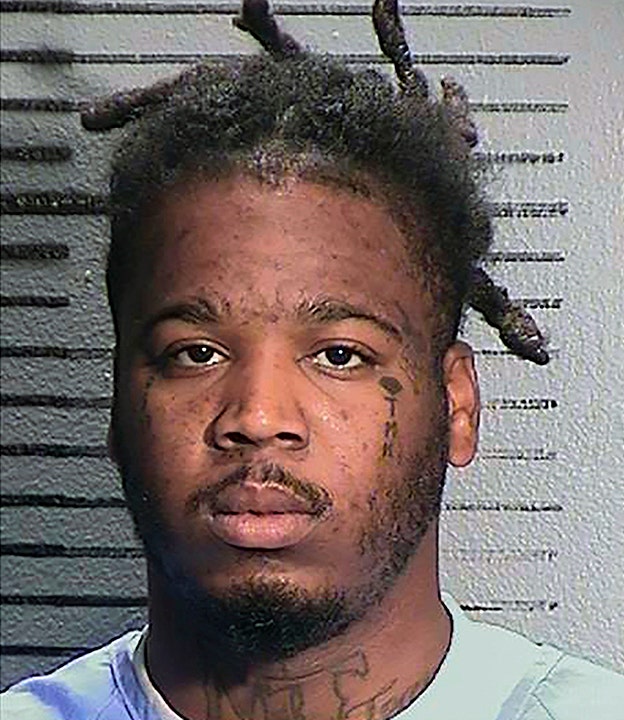 Smiley Martin, 27, was released from prison in February after serving less than half of a 10-year sentence for punching and whipping his girlfriend with a belt while she was hiding in her closet, despite pleas from the Sacramento County District Attorney’s Office that he “should not be released as he poses a significant, unreasonable risk of safety to the community.”

Just weeks later, he and his brother, 26-year-old Dandrae Martin, were allegedly involved in a gang shootout in downtown Sacramento in the early morning hours of April 3 that left six people dead and another dozen people injured.

“The best predictor of future behavior is past conduct, and violent people, they’re going to be violent when they get out, and that’s what we’ve seen here,” Jones said.

“Every crime has a victim and these victims are racking up, sometimes minorly and sometimes catastrophically, like we saw in Sacramento [on April 3]. This is the latest, but it unfortunately won’t be the last. Because if we don’t change the way California and the rest of this nation treats criminals… then this is only going to be a continuing trend.”

This Feb. 6, 2022, booking photo provided by the California Department of Corrections and Rehabilitation shows Smiley Allen Martin, two days before he was released to Sacramento County probation for his sentence on charges of corporal injury and assault likely to cause great bodily injury.
(California Department of Corrections and Rehabilitation via AP)

Martin has a lengthy criminal history that stretches back before the 2017 arrest and subsequent conviction for assaulting his girlfriend.

SACRAMENTO SHOOTING INVOLVED 5 SHOOTERS, POLICE SAY ‘GUN VIOLENCE IS AT THE CENTER OF THIS TRAGEDY’

He was arrested in January 2013 for being in possession of an assault rifle and two fully loaded 25-round magazines that he tried to discard when police made contact with him. A judge sentenced him to probation and county jail in that case.

Then in November 2013, Martin and three other suspects entered a Walmart and robbed the store of $2,800 of electronics. An investigation uncovered his involvement in two other robberies that month and he was sentenced to two years in prison.

Three years later in November 2016, Martin gave law enforcement officers a fake name and tried to flee when they said he was being detained. The assault on his girlfriend, who the district attorney said he encouraged to be a prostitute, came six months after that.

“Martin has demonstrated repeatedly that he cannot follow the laws, or conditions the court places on him,” Sacramento County Deputy District Attorney Danielle Abildgaard wrote in a letter opposing his release last year. “His history indicates that he will pursue his own personal agenda regardless of the consequences and regulatory restraints placed upon him.”

WITNESSES DESCRIBE CHAOTIC SCENE DURING CALIFORNIA MASS SHOOTING: ‘RUNNING INTO EACH OTHER’

Martin was released early from prison in February after being awarded 508 days of credits for time he spent in Sacramento County jail as well as other post-sentencing credits under proposition 57, a law that California voters passed in 2016 to give “nonviolent” felons a chance to shave time off their sentence.

Jones cited laws like proposition 57 for letting violent offenders out of prison, arguing that Americans now have a collective amnesia about the tough-on-crime policies that reduced crime in the past few decades.

“In the late 80s and early 90s… violent crime in California and across the country was so bad that it gave rise to things like three strikes, gang enhancements, gun enhancements, things to really address the out-of-control violence that was occurring. Well, that has led, at least in California, and I think as a nationwide trend, to violent crime being reduced over the last two or three decades, it has worked. But people have a short memory, and they say, ‘Well, since we aren’t as violent anymore, we don’t need these things,’ without realizing the cause and effect, that these things actually reduce violent crime,” Jones said.

Martin is not an exception when it comes to early prison release. Out of 4,070 inmates who were sentenced in Sacramento and released between January 2019 and May 2021, more than 1,300 served less than half of their sentence, according to the Sacramento County District Attorney.

Homicides, meanwhile have surged at the same time. Sacramento saw 55 murders in 2021, a nearly 31% increase over 2020, according to Sacramento Police Department data.

In four other major California cities – Los Angeles, Oakland, San Diego, and San Francisco – homicides surged 17% last year, according to a preliminary analysis of data by the Public Policy Institute of California.