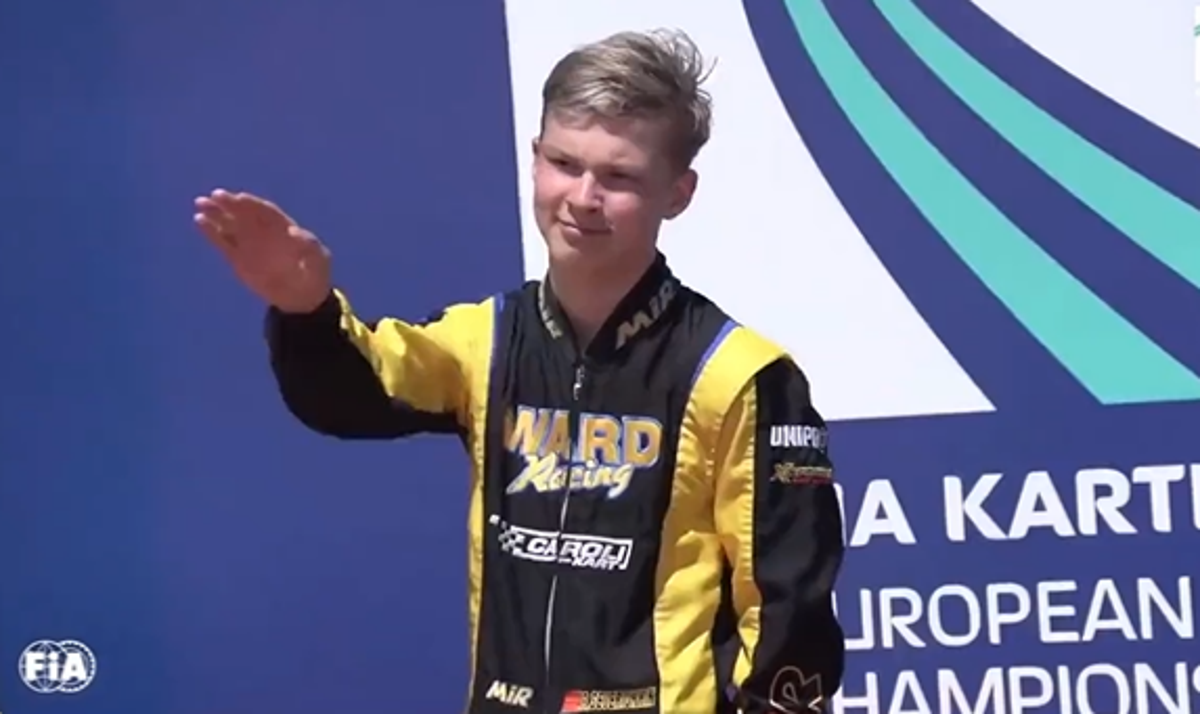 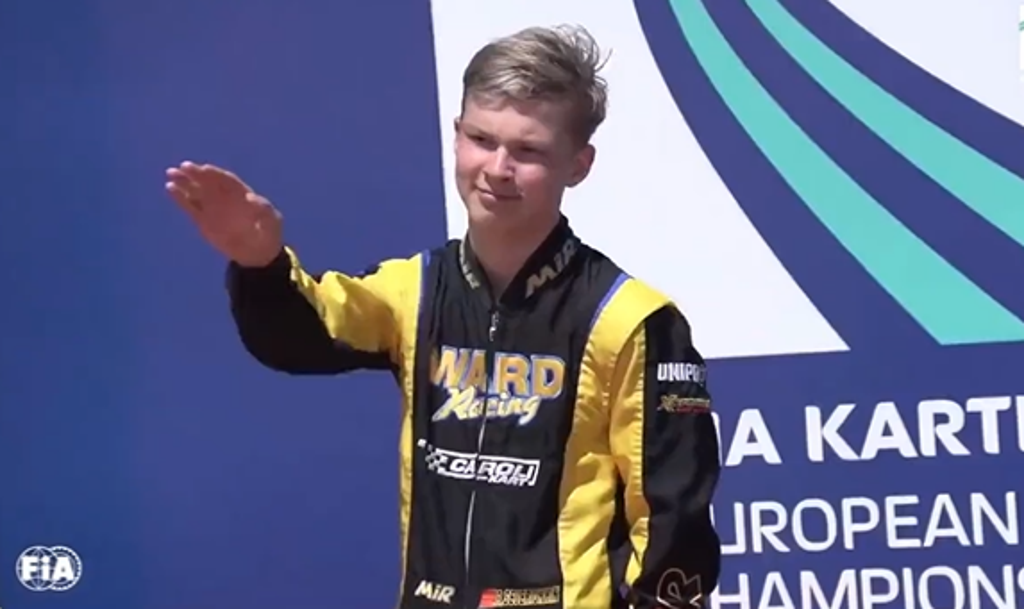 Russian go-karter has apologised after he was accused of making a Nazi salute while on the podium of an FIA race last weekend.

Artem Severiukhin, 15, described himself as a “fool” and denied having fascist sympathies after he made a gesture after claiming a race victory in Portugal.

The FIA, which runs world motorsport, has already launched an investigation into the “unacceptable conduct” of the racer, who has had his contract terminated by the Swedish team he raced for.

Video footage showed the youngster, racing under an Italian flag due to sanctions imposed on Russia following the invasion of Ukraine, tapping his chest with a clenched fist before raising his right arm in salute and then bursting into laughter.

Italy’s Gazzetta dello Sport described the gesture, made while the Italian anthem was played after the Russian won the opening round of the European championship OK category in Portimao, as a Roman salute.

Film of the incident was widely circulated and condemned on social media. Ward Racing, Severiukhin’s team, said in a statement it was “deeply in shame” at his ‘unsportsmanlike’ behaviour.

“Ward Racing sees no possibility for continued cooperation with Artem Severiukhin and will proceed with terminating his racing contract,” the team added.

Ward said three Ukrainian families were currently travelling with the team because they had no home to return to and the team was proud of Sweden’s decision to send weapons to help Ukraine.

“I want to apologise to everyone for what happened yesterday,” he said. “Standing on the podium I made a gesture that many perceived as a Nazi salute. This is not true. I have never supported Nazism and consider it one of the worst crimes against humanity.”

Severiukhin said he had “just wanted to make a gesture” to show gratitude and could not explain everything else that happened.

“I know that I am a fool and I’m ready to be punished but please believe that there was no intention in my actions, there was no support for Nazism or Fascism,” he continued. “There was no desire to offend spectators, fans, athletes or the team.”

The FIA, which is also Formula One’s governing body, announced last month it would continue to allow individual Russian drivers to take part in its competitions but not under the country’s flag as no Russian symbols or colours can be displayed.