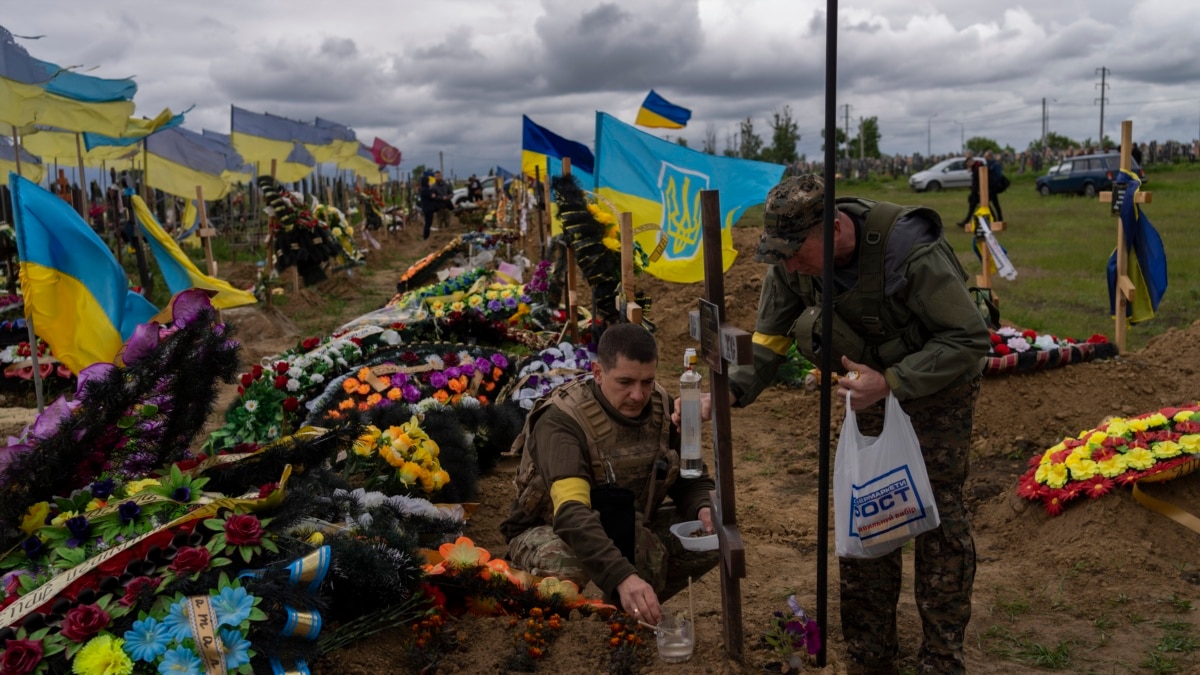 Speaking during a visit to Japan, Biden cited the importance of sending a message with long-term sanctions penalties for Russia.

“If, in fact, after all he’s done there’s a rapprochement between the Ukrainians and Russia, and the sanctions are not continued to be sustained in many ways, then what signal does that send to China about attempting to take Taiwan by force?” Biden said.

Ukrainian President Volodymyr Zelenskyy on Monday called for increased pressure on Russia, telling the World Economic Forum in a virtual address that there should be an embargo on Russian oil, blocks on Russian banks and a stop to all trade with Russia.

“This is what sanctions should be: They should be maximum, so that Russia and every other potential aggressor that wants to wage a brutal war against its neighbor would clearly know the immediate consequences of their actions,” Zelenskyy said through a translator.

He said if such sanctions had been in place three months ago, the result would have been “tens of thousands of lives saved.”

Zelenskyy told the conference that the world is facing a turning point.

“This is really the moment when it is decided whether brute force will rule the world,” Zelenskyy said.

Hours earlier, Mykhailo Podolyak, Ukraine’s lead negotiator with Russia and a Zelenskyy adviser, highlighted the issue of Europe’s imports of Russian oil, saying those purchases amount to about $1 billion every day.

European Union leaders have proposed a ban on Russian oil, but heavy reliance by several member countries has so far blocked those efforts.

Russia’s military is focusing its efforts on the Donbas region in eastern Ukraine, which includes the Luhansk and Donetsk areas, and in parts of southern Ukraine.

Serhii Haidai, governor of Luhansk, accused Russian forces in the main city of Sievierodonetsk of “intentionally trying to destroy the city” and “engaging in a scorched-earth approach.”

A Ukrainian court on Monday sentenced a Russian soldier to life in prison for killing a Ukrainian civilian in the northeastern village of Sumy.

The 21-year-old soldier pleaded guilty, telling the court he acted after an officer ordered to him to shoot the man.

Russia has denied targeting civilians. A Kremlin spokesman said Monday ahead of the verdict that Russia was concerned about the trial and did not have “the capacity to protect his interests in person.”

Some information for this story came from The Associated Press, Agence France-Presse and Reuters.