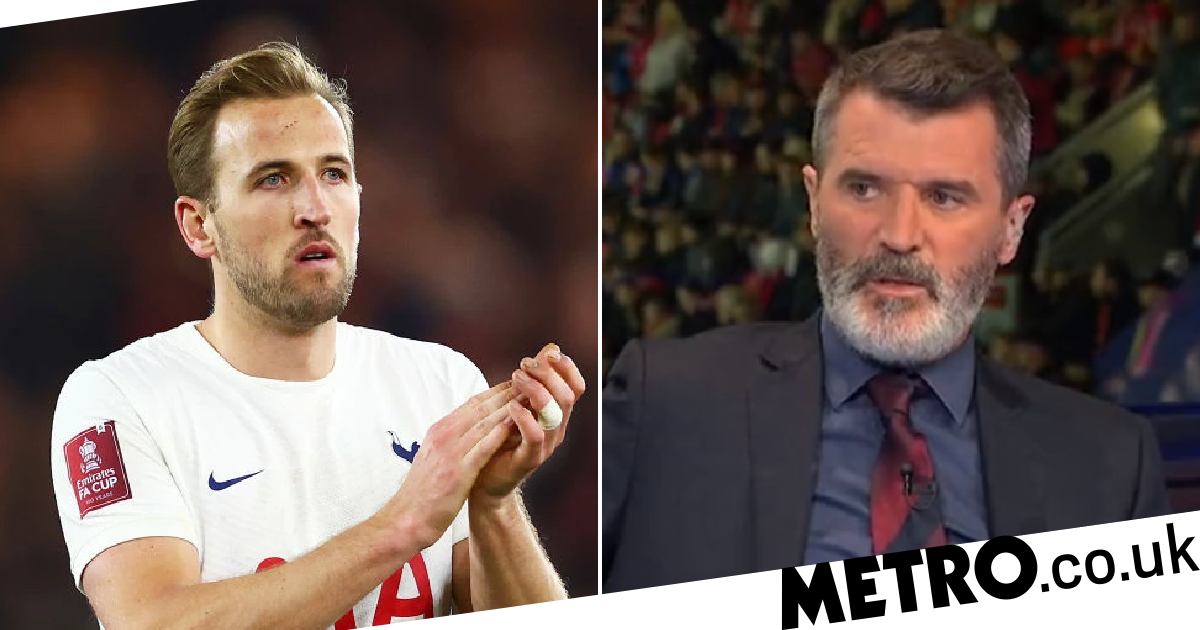 Roy Keane has slammed Tottenham after their ‘Spursy’ FA Cup exit at the hands of Championship side Middlesbrough and says Harry Kane is ‘part of the problem’ at the club.

The north Londoners – who have suffered defeats against Burnley, Southampton and Wolves in recent weeks to lose pace in the top-four race – gave a lethargic and uninspiring performance at the Riverside Stadium on Tuesday evening.

Both sides missed a host of good chances but it was the home side who looked more dangerous – particularly in extra-time – and found a late winner through teenager Josh Coburn.

The defeat denied Spurs a place in the quarter-finals of the FA Cup and extended their long wait for a trophy, which is now up to 14 years, and Keane was scathing about both the players and the mindset of the whole club.

‘You shouldn’t be surprised to see Spurs losing these games,’ said Keane on ITV on Wednesday night as he reflected on Tottenham’s defeat to Middlesbrough.

‘Spurs are Spursy, how many times do we have to say it? Whatever is in that club’s DNA, the players – there’s a weakness there.

‘Pretty pathetic, I’ll be honest with you. But I wasn’t surprised. They’ve gone up to Middlesbrough mid-week, probably a bit cold, no surprises there.’

There have been suggestions that the result – and Spurs’ failure to compete for a trophy yet again – could push Kane to once again seek a move away in the summer despite enjoying his time playing under Antonio Conte.

Asked if the result will impact Kane’s thinking, Keane retorted: ‘Well he’s part of the problem! He’s on the pitch, he needs to do more.’

When fellow pundit Ian Wright suggested Kane had been more than pulling his weight in recent performances, Keane responded: ‘I’m on about last night. It’s not all down to Kane, but if he’s your main striker and he’s your top guy, he’s still got to do more.

‘He’s still got to lead them. He doesn’t lead them that well.’

On Tottenham’s inconsistent form and whether they can finish in the top four, Keane added: ‘It’s typical Tottenham. It’s typical Spurs. You can’t trust them.’