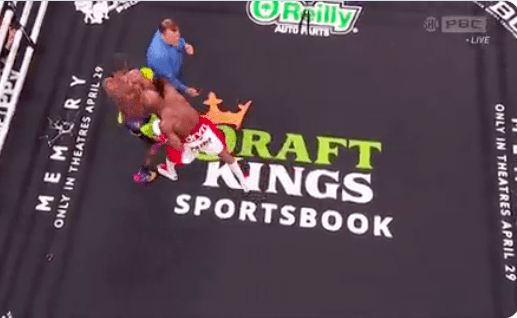 ERROL SPENCE JR admitted he made a “rookie mistake” against Yordenis Ugas – by forgetting the golden rule in boxing.

Spence saw off Ugas in ten rounds in his home of Texas to add the WBA welterweight title to his IBF and WBC belts.

But it only came after a huge scare for the unbeaten American, who was hurt in round six.

An uppercut by Ugas smashed Spence’s gumshield out and on to the floor.

But as the Texan stopped the search for his mouthpiece, Ugas continued punching.

It sent Spence crashing into the ropes on wobbly legs and the unified champion was evidently hurt. 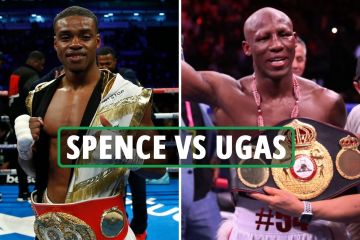 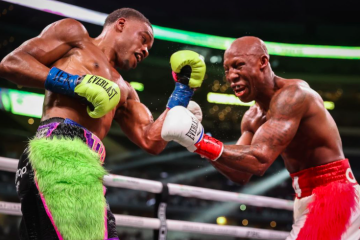 But the referee soon stopped Ugas in his tracks to allow Spence to put his mouthguard back in.

Ultimately, it also afforded him time to recover and that is exactly what the southpaw star did.

Spence turned it around in the next round to hurt Ugas himself and by round ten, the Cuban’s eye was so swollen the fight was waved off.

The newly-crowned three-belt welterweight champ was asked about the controversial break in play.

Spence said: “Well, I thought the ref had said stop, so I stopped and then he hit me with three or four shots.

“So that was my fault, that was rookie mistake by myself. You’re supposed to protect yourself at all times and I didn’t do that.

“Then he just kept hitting me and I was like, ‘Ah damn’. And when I put my hands up, he had stopped anyway as the ref had jumped in.”

Spence recovered well and after beating Ugas by stoppage, he called out Terence Crawford, 34, to an undisputed super-fight.

He said: “Everybody knows who I want next, I want Terence Crawford next.