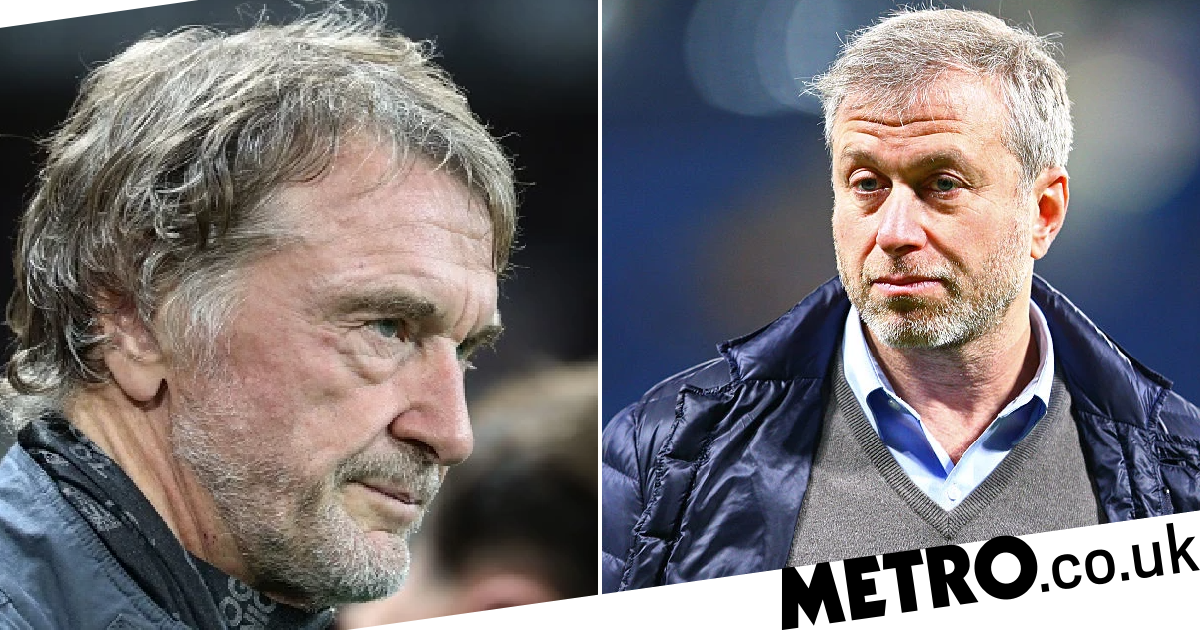 Sir Jim Ratcliffe – Britain’s richest man – decided against buying Chelsea from Roman Abramovich because of the state of Stamford Bridge.

Abramovich bought the west London club in 2003 and has pumped more than £1.5bn into the Blues during the last 18-and-a-half-years.

But the Russian is now said to be open to selling the club as he fears sanctions from the UK government following Russia’s invasion of Ukraine in the last week.

On Tuesday, Labour MP Chris Bryant claimed Abramovich was ‘terrified of sanctions’ and was as a result preparing to sell his Kensington mansion.

It points to a quick change of mindset from Abramovich and although the Russian is said to be seeking around £2bn to sell the club, there are said to be a number of interested partied preparing bids this week.

Ratcliffe, a Manchester United fan, has long wanted to invest in a Premier League club and he held talks with buying Chelsea.

With a personal reported wealth of £21bn, Ratcliffe would be one of the wealthiest owners in world football.

But his brother, Bob, revealed in 2019 that they decided against buying Chelsea because Stamford Bridge requires a ‘decade-long’ amount of work, deciding instead to invest in Ligue 1 side Nice.

‘We spent quite a lot of time looking at Premier League clubs and their valuations,’ said Ratcliffe.

‘It was difficult to rationalise purchases in the Premier League for us. If you look below the top six, they are all £150m and above.

‘I think the foreseeable future it is off the radar. We have a three to five year project in Nice and that will keep us busy.’

‘There was some early exchange [with Chelsea] but we were a significant way apart on valuations. The issue with Chelsea is its stadium. We are all getting older and it is a decade of your life to resolve that.’

Abramovich has long attempted to move the club away from Stamford Bridge, given they have the smallest stadium in the top-six.

The club saw an attempt to move to Earl’s Court fall through, while they failed with a bid to buy land in Battersea.