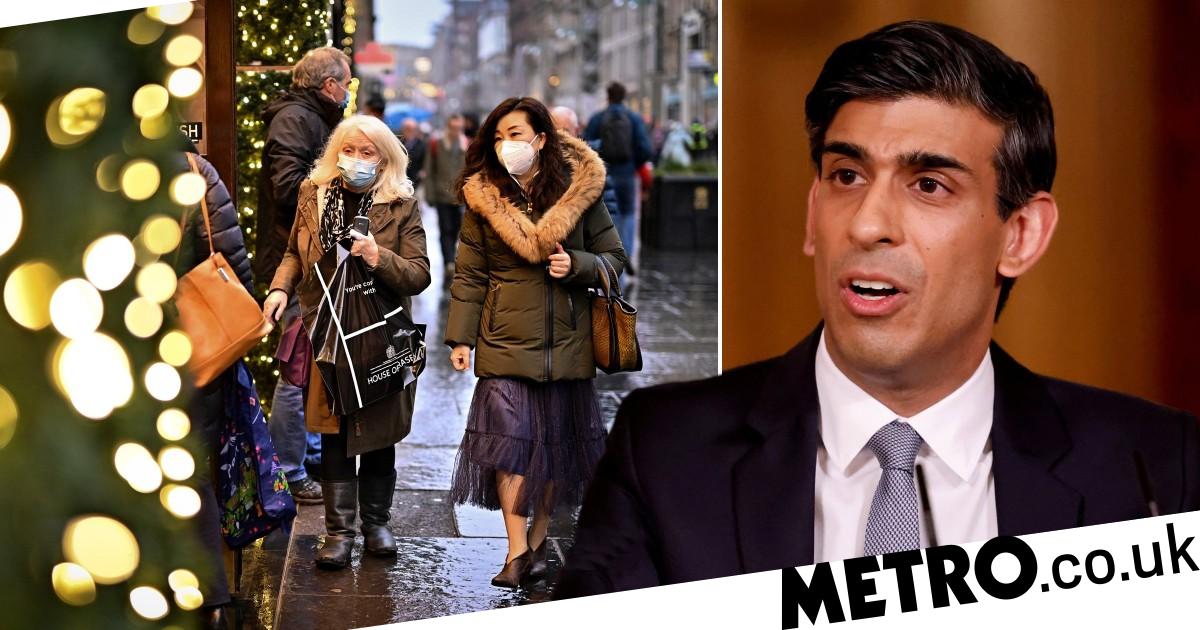 Rishi Sunak has been told to ‘get himself on a flight back’ from California to help desperate UK businesses.

Last night it emerged the chancellor had jetted off to the US amid the Omicron crisis.

As the fast-spreading strain takes hold and case numbers hit record highs, Mr Sunak has been on a four-day official trip to the West Coast, according to The Mirror.

Boris Johnson has advised people to ‘think carefully’ before going to pubs and restaurants.

Businesses have have been hit by lower footfall and the hospitality sector is asking for support as customers cancel bookings. There have been calls to bring back the furlough scheme.

Last night, Mr Sunak’s opposite number Rachel Reeves asked: ‘Where is the chancellor?’

And this morning, shadow health secretary Wes Streeting said Mr Sunak should ‘get himself on a flight back and get a grip on the situation’.

Mr Streeting told Times Radio: ‘We understand the chancellor is currently out of the country in California.

‘So perhaps he might want to get himself on a flight back and get a grip on the situation because businesses need certainty and confidence now.’

Mr Sunak is said to be meeting industry leaders from the tech and investment sectors.

His spokesperson told The Mirror: ‘It is a work trip where he is conducting government business and has a packed schedule of meetings and round tables.’

The chancellor is understood to have a holiday home in Santa Monica. He met his wife in California while studying at Stanford University and the couple reportedly lived there for several years.

He regularly holidays in the West Coast and the family are believed to have friends there.

Labour has called on the government to ‘hammer out a deal to help hospitality’.

He said Labour supported the government’s Plan B measures including Covid passes, which he said were ‘pro-business’ and in the interests of public health.

He added: ‘This is one of the ways in which we can coexist with the virus without having to hammer businesses with restrictions, either closures or indeed, restrictions on numbers.’