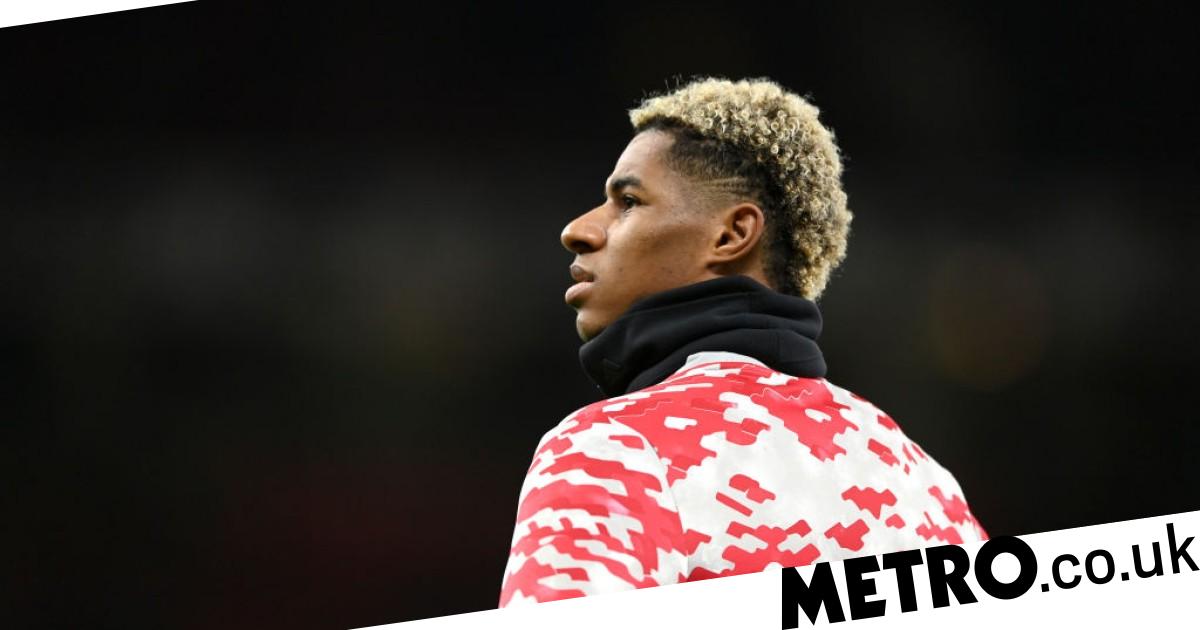 Rio Ferdinand admits Marcus Rashford’s body language ‘is an issue’ and fears the Manchester United forward may feel he is not getting enough chances under Ralf Rangnick.

United fell to a dismal 1-0 defeat to Wolves on Monday night, Rangnick’s first defeat since arriving as interim boss.

After signs of improvement in the German’s first charge against Crystal Palace, United have turned in withering displays against Norwich City and Newcastle United since then.

A win over Burnley last Thursday provided some hope but the familiar problems returned against Wolves.

United lacked any real cohesion or aggression throughout the contest with Rashford unable to lift his side after he was introduced as a second-half substitute.

Former United defender Ferdinand was surprised by Rashford’s lack of impact and while he insisted the forward is not the only player showing signs of frustration, admitted his reactions on the pitch are ‘not what you want to see.’

‘Body language is an issue,’ Ferdinand told Vibe With Five.

‘Marcus Rashford comes off the bench and you are expecting him to go out there and really fly and give it some.

‘That could be down to him not being happy not playing etc. But you’ve got to put that to one side.

‘When you’re out of the team it’s about coming in and proving to the manager what you’re about and who you are.

‘Maybe he feels he is not getting the opportunities he deserves. I don’t know.

‘It’s hard to pinpoint one player – you can’t, all the players have to take responsibility from Cristiano at the top all the way down to all the other players.’


MORE : ‘We were not all together’ – Luke Shaw questions Manchester United commitment in damning verdict of Wolves draw