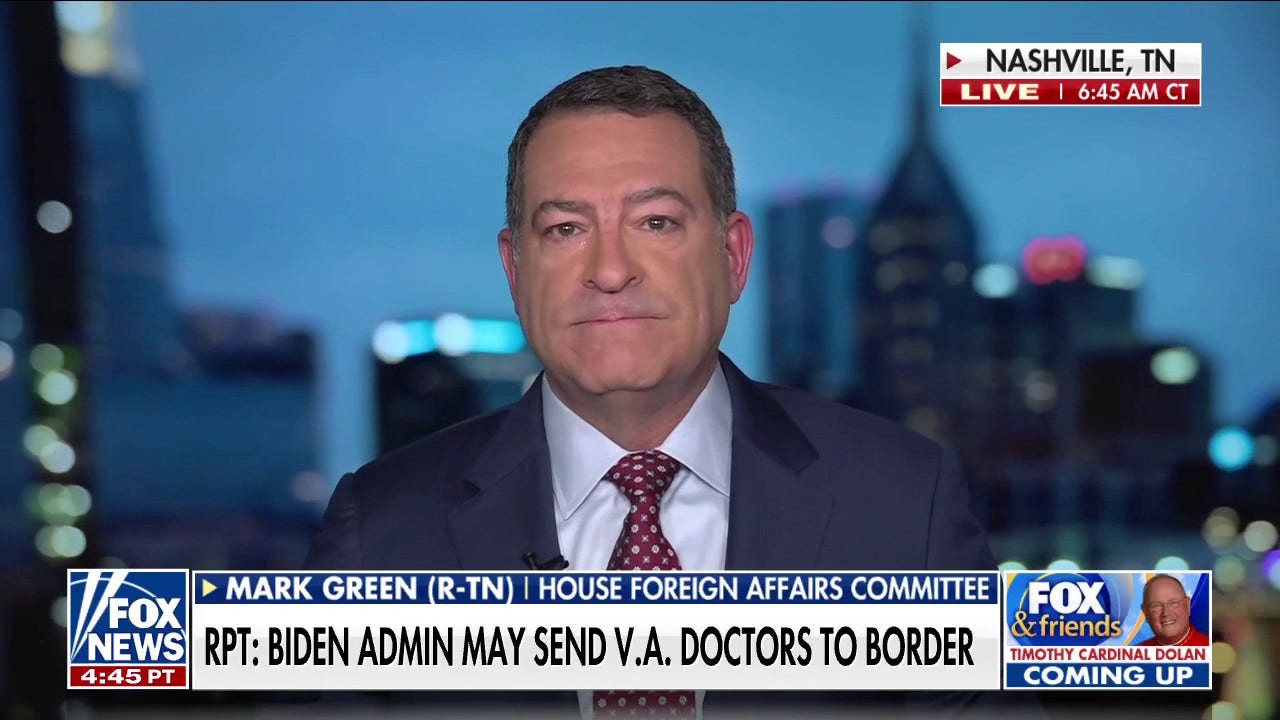 Rep. Mark Green, R-Tenn., said on Friday that diverting doctors from Veterans Affairs to the border would “make no sense at all.”

“We have heard the rumor, so to speak, that that’s the plan. … You can’t say you love America and hurt the men and women who were wounded in combat defending it. That makes no sense at all,” Green told “Fox & Friends,” reacting to concerns that the Biden administration could divert doctors from the VA to the border.

Green added that after Biden left American citizens behind enemy lines in Afghanistan, he refused to take advice from general officers that led to the death of 13 soldiers in uniforms.

‘Now he is talking about taking their healthcare providers away from them,” Green told host Pete Hegseth.

More than 50 House Republicans pressing Customs and Border Protection this week (CBP) over the possibility it may use Veterans Affairs (VA) medical personnel to stem an expected migrant border surge.

The letter comes a little over a month before the May 23 end date for the Title 42 policy — a Trump-era public health order that allows for the expulsion of most migrants entering the U.S. because of COVID-19.

After President Biden announced earlier this month he would end the order, fears grew over a potential surge of migrants to the southern border as a result. Fox News reported shortly before Biden’s announcement that CBP was considering the idea to have VA personnel assist in taking care of the migrants.

A CBP spokesperson told Fox News that it did not have any evidence such conversations were taking place but could not definitively rule it out.

Green said the idea of the Biden administration diverting doctors from the VA to the border would be “unconscionable.”

“They are already waiting 42 days to get care at an appointment. Is he going to send them to the border, putting illegal immigrants, drug dealers, human traffickers above the men and women who fought for this country.

“You served, you don’t get V.A. services unless you were actually harmed while you were in combat serving our country. These are the men and women he is going to put behind people breaking our laws?”