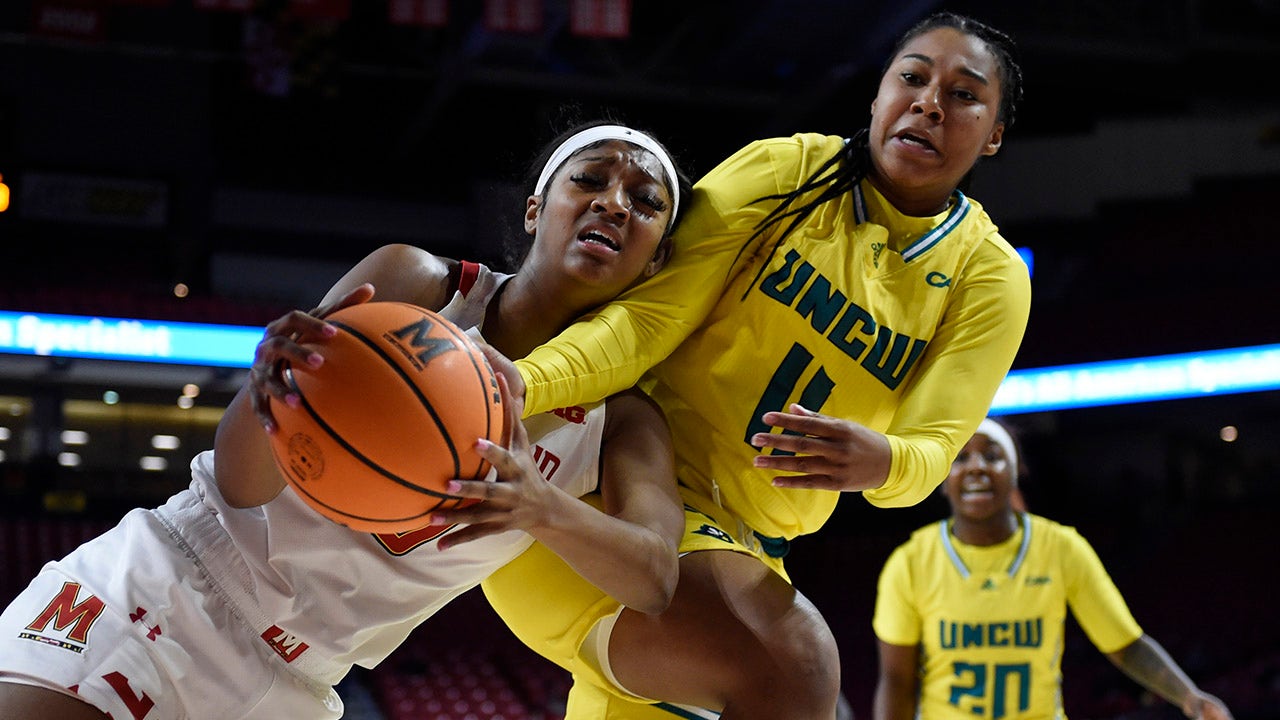 Angel Reese had 23 points and 12 rebounds, Katie Benzan scored 22 points, and No. 3 Maryland remained undefeated Thursday with a 108-66 rout of UNC Wilmington.

It was the fourth double-double in five games for Reese, who is averaging 19.4 points and 12 rebounds for the Terrapins (5-0). Reese also had five steals against UNCW and has 13 over her last three games.

“Defensively, it felt great,” Reese said. “To have five steals, let’s talk about that. You always talk about my offense, but defensively, I got five steals. I’m just happy to be out here in front of everyone and play with this amazing team. We’re emphasizing defense this year, and if I can lead the pack and have my girls follow, then that’s what we can do.”

After a sluggish stretch in the game’s opening minutes, Maryland was in firm control by the end of the first quarter thanks to a 16-1 run. The Terps pushed their lead into double figures for good on Mimi Collins’ 3-pointer early in the second quarter and led 50-22 at the half.

Maryland’s size and athleticism confounded UNCW, which committed 14 first-half turnovers and 21 for the game. The Terps had an 18-0 edge in points off turnovers in the first half and 30-2 for the game. Maryland had a 15-1 advantage in fast-break points before the break.

“I had to call a couple timeouts to get them composed and had some subs,” UNCW coach Karen Barefoot said. “We didn’t do great with it, but we handled it better second half. It did get us off balance, for sure. They did a great job of capitalizing on our mistakes.”

Junior guard Diamond Miller made a brief season debut for Maryland after missing the first four games with right knee soreness. A first team all-Big Ten guard last season while averaging 17.3 points and 5.8 rebounds, Miller entered nearly three minutes into the game. She was scoreless with one rebound in four minutes.

“It’s kind of day-to-day, where it’s trying to get some minutes and evaluate how the knee responds,” Maryland coach Brenda Frese said.

Maryland has won 27 consecutive home games, tied with Stephen F. Austin for the longest streak in Division I.

UNC Wilmington: After back-to-back blowout losses to Duke and Maryland, the Seahawks won’t face another power conference team the rest of the regular season.

Maryland: The Terps have won all five of their games by at least 21 points while tuning up for a tough stretch that starts Sunday. Maryland faces four top-10 opponents in its next seven games, including No. 1 South Carolina, No. 5 N.C. State, No. 6 Baylor and No. 7 Stanford.

Maryland had a season-high 23 assists, while committing only three turnovers.

“I thought with our unselfishness once we started going, we were able to show just how many weapons we have and how versatile we are,” Frese said. “There’s some things defensively we still need to continue to improve on, but for the most part the effort was there.”

Maryland receives its most imposing test yet this season Sunday as No. 6 Baylor visits College Park.