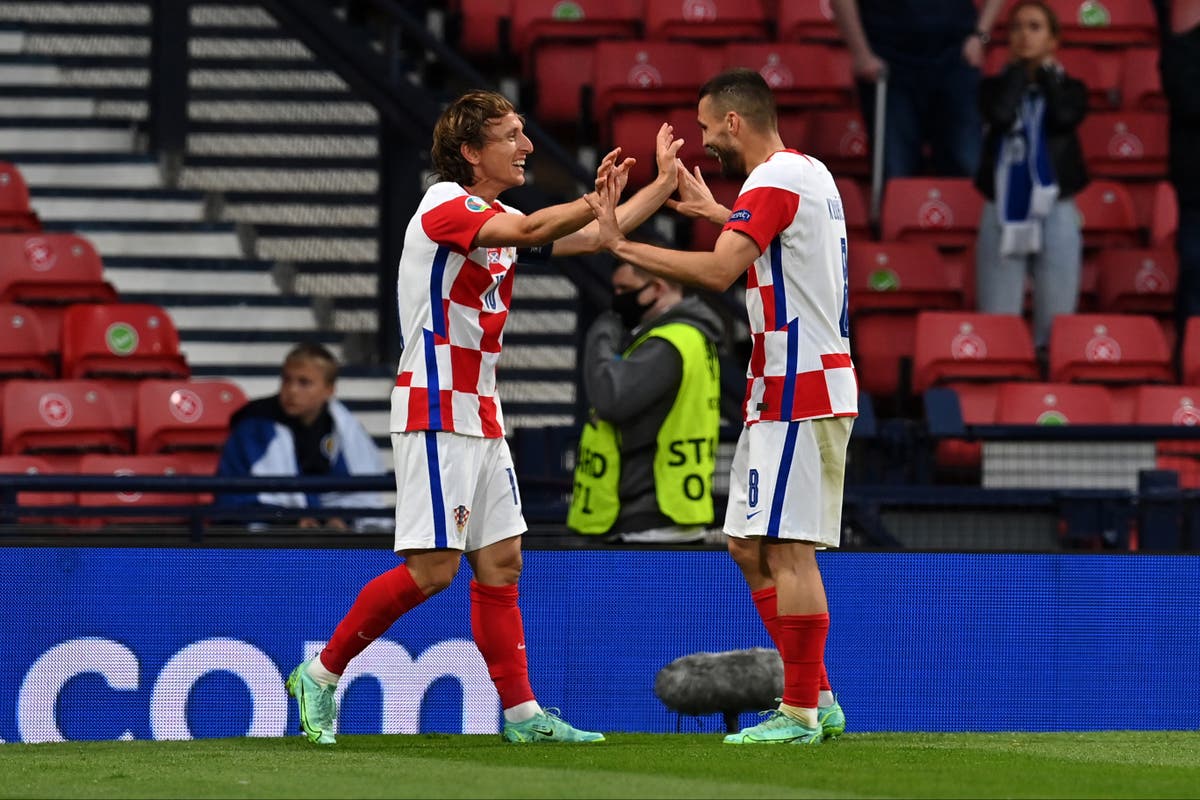 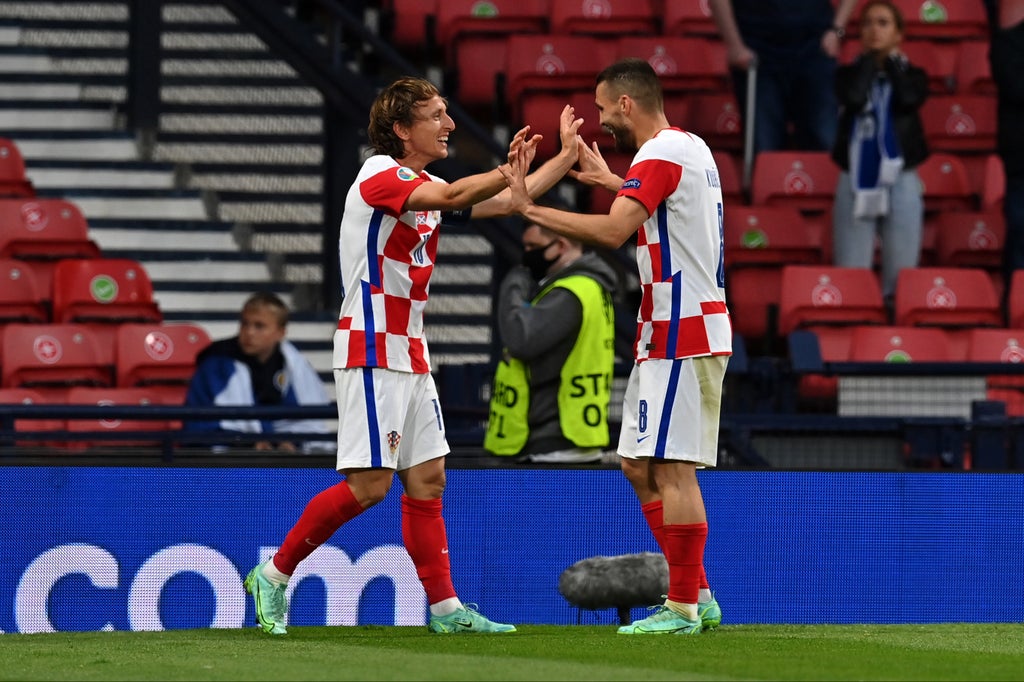 Kovacic began the Blues’ 3-1 Champions League quarter-final first leg defeat to Real on the bench before being sent on at half-time to try and wrestle back midfield control as the experienced trio of Modric, Casemiro and Toni Kroos dominated proceedings.

The result means Chelsea must produce a famous comeback in the Bernabeu on Tuesday or else surrender their European crown.

Asked how it felt to come up against Modric, Kovacic replied: “It was nice and also difficult because we were losing and it is never nice when you are losing a game and you have a hard time.

“But it was nice to see him and to play against him. I always preferred to have him on my team but in this moment we are against each other and we are ready to show our best tomorrow and to try to go through.

“It’s difficult to stop him because he’s an amazing player. Obviously, he is Croatian and I admired him when I was a child and he played for my favourite club which was in Dinamo Zagreb.

“Now, when we become good friends I admire him even more – a great person, great player and I’m looking forward to to play against him tomorrow again.”

Kovacic, nine years Modric’s junior, believes his compatriot could still be playing amongst the game’s elite for years to come.

“He was always as good as he is now, for me as far as I know in the last five, six or seven years he’s on the same way level, which is amazing,” added Kovacic.

“Why is that good? It is because he loves football so much. He lives it every day. He’s a professional and if he keeps going like this, I see him still playing three, four more years on such a high level.”

Stopping Modric will go some way to giving Chelsea a slim hope of overturning the deficit in Spain – something Kovacic says the players have to believe is a possibility.

“Of course we have our chances and we are motivated to show our best,” he said.

“We didn’t have our best game and the result is not good in the last game but there is hope and we are motivated to try our best so it will be a quality game and we are looking forward.”