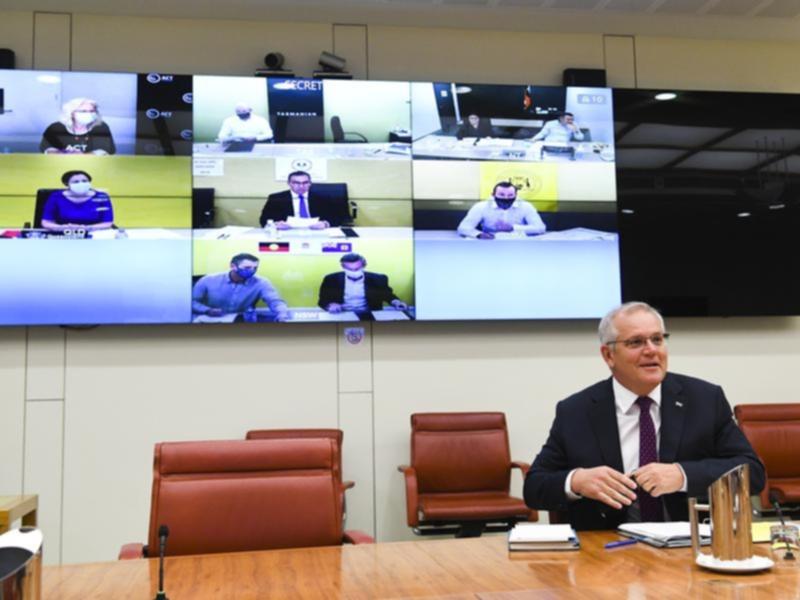 Rapid antigen tests are expected to be the main discussion topic when Australia’s leaders meet for the first time in 2022.

Prime Minister Scott Morrison will convene another national cabinet meeting on Wednesday, as COVID-19 cases across the country surge.

Deputy chief medical officer Sonya Bennett said she expected national cabinet would discuss how and why rapid tests should be used going forward.

“The use of all testing – both PCR and rapid antigen testing – are under constant review and consideration, so I would expect any new information will be out shortly,” she told reporters on Tuesday.

Almost every jurisdiction in Australia had record high daily cases on Tuesday, with more than 47,000 new infections.

The prime minister has faced criticism and increasing pressure to make rapid antigen tests free, with widespread shortages continuing in the wake of an explosion in case numbers.

Testing facilities across the country continue to be under strain with four private testing companies in Victoria suspending operations to manage a backlog of tests.

The companies account for three quarters of test processing in the state.

Australian Competition and Consumer Commission chair Rod Sims said the authority would crack down on businesses and “name and shame” retailers for doing the wrong thing.

Finance Minister Simon Birmingham said more than 100 million rapid antigen test kits would become available in the coming weeks but did not provide a specific date.

He said the federal government was discussing a plan to ensure concession card holders and others would have access to subsidies and discounts on rapid tests.

shadow treasurer Jim Chalmers would not confirm whether Labor would make rapid tests free for all Australians if elected.

“We’ve said all along you shouldn’t miss out if you can’t afford one, that means free for a lot of people,” he told 2GB radio on Tuesday.

The Northern Territory has joined Queensland, Tasmania and South Australia in scrapping the entry requirement of a PCR test.

Instead, travellers will need to take a rapid test within two hours of arriving in the Territory and isolate if it comes back is positive.