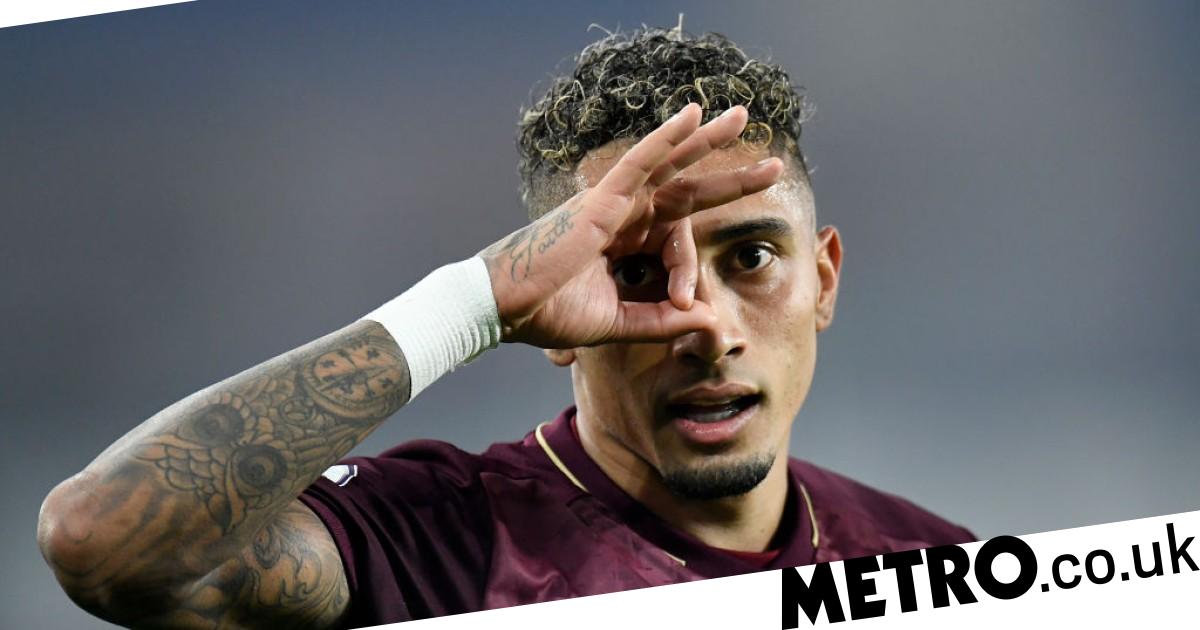 Leeds star Raphinha has distanced himself from rumours he could be set to leave the club this winter, insisting he can ‘without a doubt’ realise his lofty ambitions by staying put at Elland Road.

Raphinha has established himself as one of the most exciting attacking players in the Premier League since swapping Rennes for Leeds back in October 2020, racking up six goals and nine assists across an outstanding debut season.

The 24-year-old winger has picked up where he left off this term – netting five times in his opening ten appearances of the campaign – and his performances have reportedly made him a target for a host of Europe’s elite teams.

Liverpool, Manchester United and Borussia Dortmund have all been credited with a strong interest in recent weeks and there have been mounting fears at Leeds that Raphinha could have his head turned ahead of the January transfer window.

But it appears the Brazil international – who is tied into a contract at Leeds until 2024 – has no intention of forcing his way out and remains confident he can achieve what he wants with the West Yorkshire giants.

Asked whether it’s possible to reach his personal goals at Leeds, Raphinha told BBC Radio Leeds: ‘Without a doubt.

‘When you bring together players with a real, strong, winning desire together with the manager, the coaching staff, fans who love the club, you create a wonderful atmosphere in the stadium and at the training ground.

‘Marcelo Bielsa demands a lot of us. We know that. We’re used to it. We listen to him. He helps us develop and evolve as players, as professionals.

He added: ‘Leeds should never have left the Premier League.

‘When you take that together with the fans, who love the club, these fans deserve to be in the Premier League and us as players, the least we can do is repay this love from the fans and get the results the team and the fans deserve.’

Liverpool are believed to be leading the race for Raphinha’s signature, but Rio Ferdinand feels the Brazilian may struggle to break into Jurgen Klopp’s starting XI should he complete a move to Merseyside.

‘The only problem I think with something like Raphinha going to Liverpool is just where he’s going to play? He’s not going to start,’ the ex-United and England defender said on his Vibe with Five YouTube channel.

‘It’s a great club, don’t get me wrong, going to be fighting on all fronts to win things.

‘That question won’t be answered in a positive way for him: will I start a lot of games?

‘If [Mohamed] Salah stays and signs a new contract, it puts a dampener on his ability to play.’