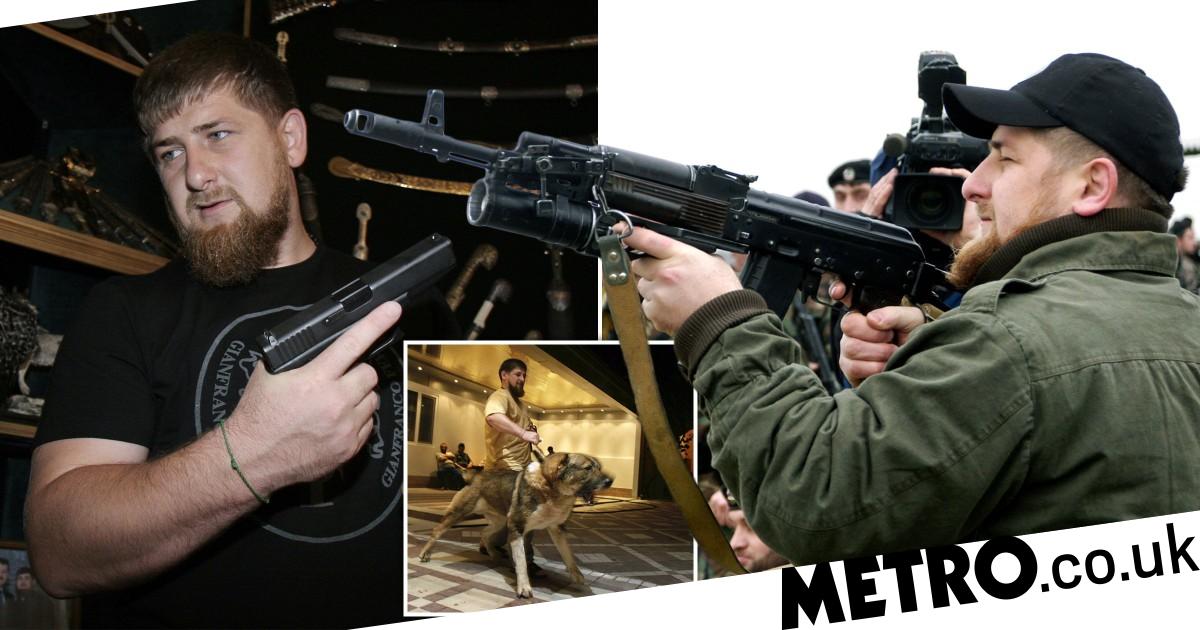 One of Vladimir Putin’s most powerful henchmen has called for Russia to threaten nuclear war against the West over the involvement of foreign fighters.

Ramzan Kadyrov is the leader of the Chechen Republic, an autonomous territory within Russia whose elite squads fought in the brutal onslaughts on Kyiv and Mariupol which killed thousands of civilians.

Nicknamed Putin’s ‘attack dog’, he is allowed to rule Chechnya as his personal kingdom in exchange for absolute loyalty to the Russian president – an invaluable asset to the Kremlin after two bloody Chechen rebellions in the 1990s.

He was promoted to lieutenant-general last month for his role in the invasion, which has reportedly seen Chechen fighters deployed on tasks requiring extreme brutality.

Some are said to have been assigned to interrogate civilians in Mariupol, while others patrol behind frontline forces and shoot deserters.

In a new video shot from within his palace in Chechnya, Kadyrov tells the camera: ‘What would I do? I would immediately clear Luhansk and Donetsk, and begin to work further.

‘I would declare: If any mercenary comes to Ukraine we would go up to a strike with nuclear tactical [weapons] at certain point. So they do not mock us.

The warlord did not specify which merecenaries he is referring to, and there is no indication of paid fighters preparing to enter Ukraine on behalf of any of its Western allies.

He went on to insist Russia will capture the capital of Kyiv, despite having been sucessfully repelled by Ukrainian counterattacks and refocusing its efforts on the eastern Donbas region.

He added: ‘The tasks are clear. There will be an offensive not only in Mariupol but in other settlements, cities and villages, to free Luhansk and Donetsk first of all.

‘This goal was set by the supreme commander, our dear president Vladimir Putin. After, we will take Kyiv and all the other cities…

‘There are questions from people, that since we moved away from Kyiv, we do not plan to take it and Russia yields to Ukrain

‘I assure you, there will not be any step back. There was confusion, such moments happen with war strategy.

‘A goodwill gesture was misunderstood by our…foes.’

He then shows the camera maps supposedly indicating his involvement in war planning.

The extent of his importance in strategic is unknown, and experts have speculated that he is using his war role to intimidate opponents in Chechnya as much as demonstrate loyalty to Putin.

He previously boasted of taking his 14-year-old son, one of a dozen or so children, to the frontline in Mariupol.