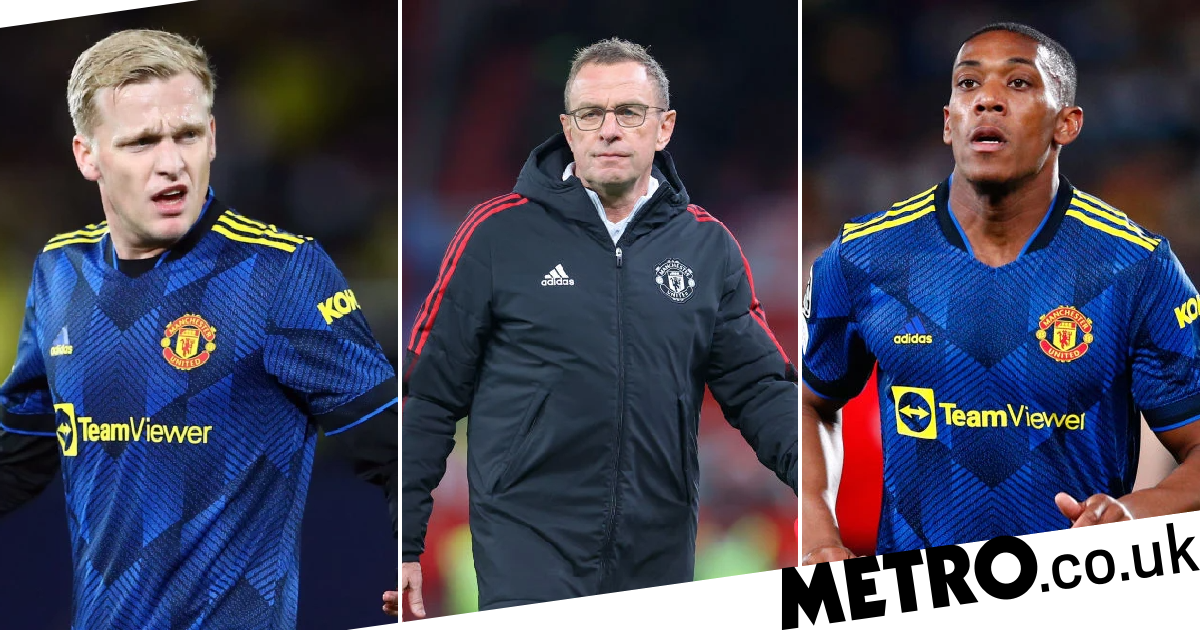 Ralf Rangnick says he wants Donny van de Beek to stay at Manchester United until the end of the season.

The Dutchman has struggled for game time in recent months and there has been plenty of specualtion he could look to leave on loan during the January transfer window.

Van de Beek has only started one match since Rangnick took charge but he has pleaded with the midfielder to stay on until the summer and hopes to be able to hand him more minutes ahead of the World Cup.

‘So far as I have got to know him he’s got a top mentality, he works hard in every training session,’ Rangnick said.

‘I also had a longer conversation with him last week about that and of course it’s difficult for him right now because he also wants to play for the Dutch national team.

‘He wants to…play in the World Cup in Qatar and in order to do that he needs to get game-time here.

‘But I still believe that we should keep him, that he should stay here, definitely until the end of this season and try to get as much game-time as he possibly can.’

One player who is actively trying to leave this month is Anthony Martial with Sevilla already seeing a loan offer rejected.

The Frenchman’s agent made it clear he’d be seeking an exit in the January transfer window after also struggling for game time and Rangnick has explained he is not selecting him at present due to that request.

‘He made it very clear that he wants to leave and, in a way, I can understand his wish to leave and to try to play more regularly somewhere else,’ Rangnick said.

‘But it’s a question not only of what he wants to do but a question of which kind of clubs are interested in him and do they meet the demands of the club, so we have to wait and see.

‘He is not injured currently so I decided to go for this group of players that were in the squad today, so it had nothing to do with injuries.’