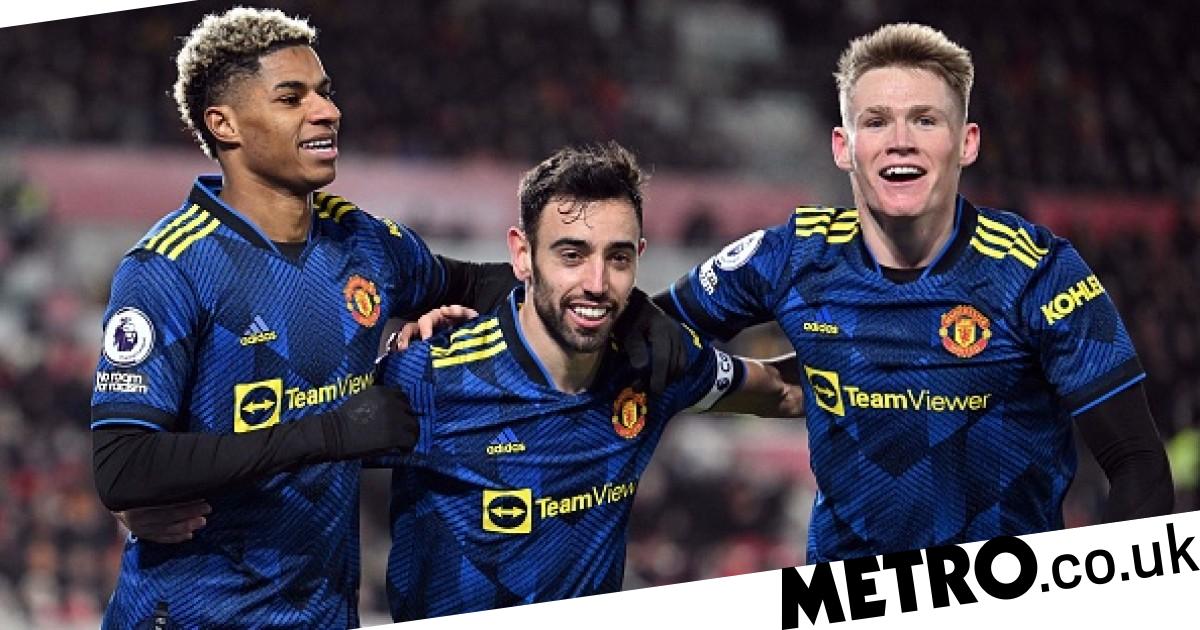 Ralf Rangnick is confident he has found the ‘perfect’ position for Bruno Fernandes in his Manchester United side following last night’s 3-1 win at Brentford.

The interim United manager had David de Gea to thank for ensuring the scores were level at half-time after the Spaniard produced a string of excellent saves to frustrate Thomas Frank’s side.

United emerged a much improved team in the second period with Fernandes at the heart of their best attacking play, operating in a deeper No.8 role from which he produced assists for the goals scored by Mason Greenwood and substitute Marcus Rashford.

Rangnick had found it hard to accommodate Fernandes in his preferred No.10 role having attempted to crowbar him, unsuccessfully, into his favoured 4-2-2-2 formation in which there was no natural role for the Portugal international.

A move to a more conventional 4-3-3, however, is likely to bring out the best in Fernandes, even if he will be asked to operate in a slightly deeper position than he grew accustomed to playing in under Ole Gunnar Solskjaer.

‘I think most of the top teams in Europe and also in England play in a 4-3-3,’ Rangnick said last night when asked about the role Fernandes was likely to play in his side from now on.

‘I think for him it’s better than being pinned to a No.10 role because he can make himself available in different areas of the pitch, not only the centre of the pitch.

‘He’s not a wing player but I think in this No.8 position he can find the places himself. I think he can sniff the moments in which areas we need to play the ball to him. He can make himself available and therefore I think this position is perfect for him.’

Despite a much improved display after the interval, meanwhile Rangnick confessed that the opening 45 minutes, during which his team were totally outplayed, represented significant cause for concern.

He added: ‘We have to be honest, without David and his saves it would have been difficult to have a clean sheet at half-time. The first-half was not good, we were second best in almost all aspects.

‘Sloppy passing, not strong enough in the centre of the pitch. In the tackles we were losing almost all 50/50 situations. We didn’t win a single second ball in the first-half and if we had a few counter-attacking situations we were too nervous on the ball.

‘We have to admit there is an opponent on the pitch and they played extremely aggressive, extremely brave, pressing us high and those were the aspects we spoke about at half-time.’


MORE : Rio Ferdinand names Scott McTominay as his man of the match in Manchester United’s win over Brentford