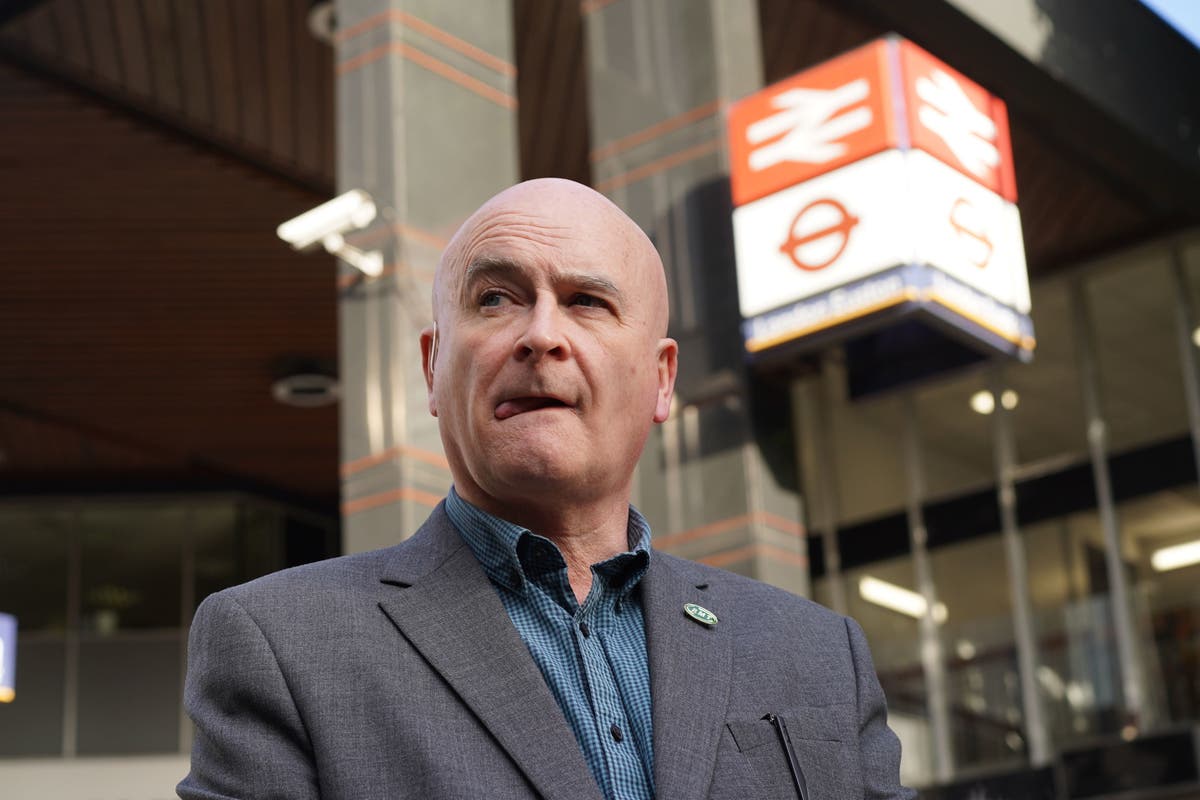 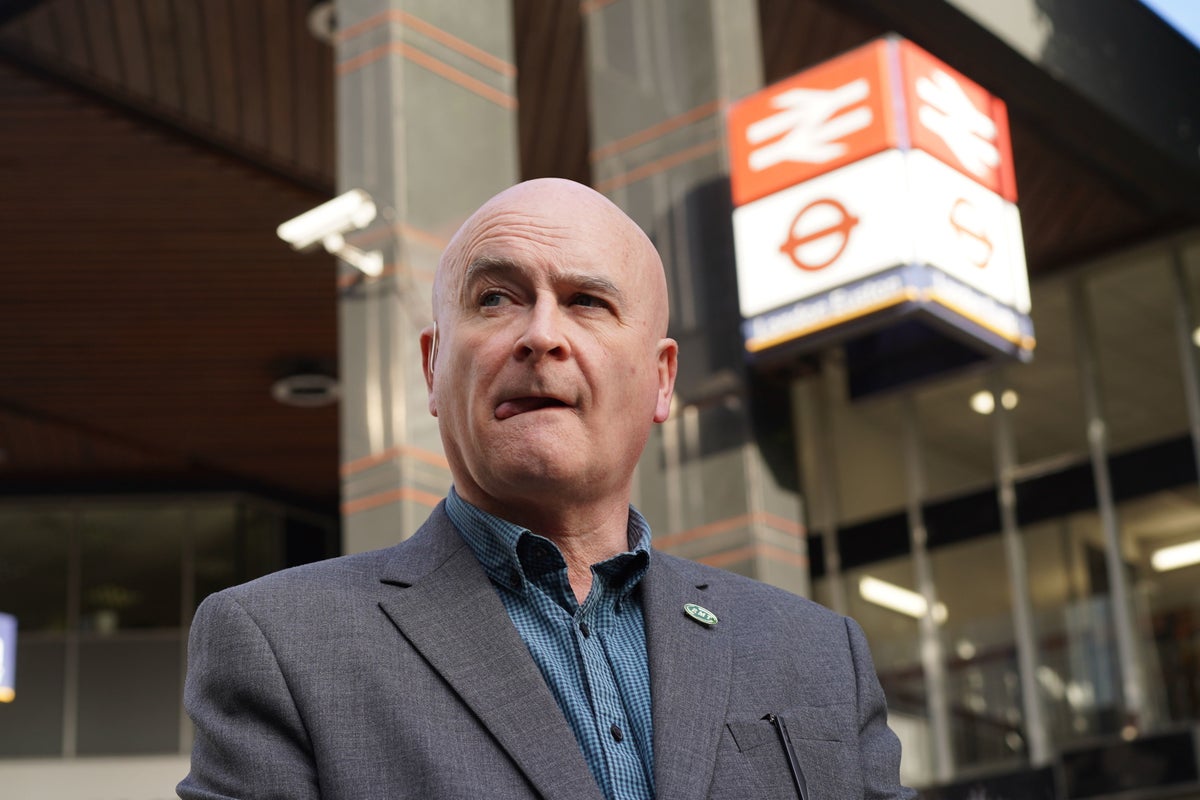 ail workers across Britain were told on Thursday that it is “very unlikely” that they will get a seven per cent pay boost despite such a deal being agreed on Merseyside.

As tens of thousands of rail workers went on a second day of strike, hopes of such a large wage hike were fuelled after the Transport Salaried Staffs’ Association reached a 7.1 per cent pay rise deal with Merseyrail.

TSSA general secretary Manuel Cortes stressed it was a “a sensible outcome to a reasonable offer which goes a long way towards keeping pace with the escalating cost of living”.

However, Network Rail, where 40,000 workers are taking industrial action, said such a pay rise would require more than £65 million of cost-efficiency improvements.

Pressed on whether Network Rail would eventually have to agree to a 7.1 per cent agreement, its chief negotiator Tim Shoveller told BBC Radio 4’s Today programme: “That is very unlikely.

“We currently have an offer that totals three per cent on the table and we are keen to improve on that..but that is subject to affordability.”

He continued: “The difference between the three per cent on the table now and a 7.1 per cent deal is this £65 million every year, just for the grade groups on strike today…that is £65 million a year, every year of additional savings that have to be found in order to fund that difference.

“We can see a way of funding a pay deal, not of those sort of proportions, but still an overall good package, recognising that the prime thing that the unions are asking for is a guarantee of no compulsory redundancies.

“We think we have got a package of no compulsory redundancies, of many other long sought after things that the union and our employers have been after and we want to move forward with that package but we can only do that once we are clear that the productivity to pay for it is in place and at the moment the union are refusing to agree with that.”

However, as millions of passengers faced another day of train chaos, the Rail, Maritime and Transport union threatened more strikes if their demands are not met.

“We’ll continue to talk to the companies about everything that’s been put on the table and we’ll review that and see if and when there needs to be a new phase of industrial action,” said RMT General Secretary Mick Lynch.

“But if we don’t get a settlement, it’s extremely likely that there will be.”

Eddie Dempsey, Assistant General Secretary of the RMT, claimed on Times Radio, that the Government had blocked the removal of a letter threatening 2,900 workers with redundancies.

“Every time we think we’re making progress, we suddenly seem to have the rug pulled out from under our feet,” he said.

“Now, I’m dealing with the top people in Network Rail. If they don’t have the authority to remove that letter, it can only come from one other place as far as I can see. And that’s the Department of Transport.

“So it seems to me every time we get close, there’s some kind of manoeuvre somewhere outside of the room with people that we’re not talking to, that has an impact on what’s going on inside the room.”

However, Transport Secretary Grant Shapps has dismissed the claim that he stopped the withdrawal of the letter as a “lie” and he was backed up by Mr Shoveller who said: “There is absolutely no truth in that whatsoever.”

Mr Shoveller, who used to work with Mr Lynch on Eurostar, also said it was ironic that it was the RMT negotiators who in fact had to go away and consult their executive council on how to proceed in the talks.

“I think that illustrates that there is something of a smokescreen,” he added, stressing that the letter was part of a legal process to proceed with reforms to outdated work practices on the railways.

He stressed that two other unions were willing to carry on talking and that he had been ready to go “all night” to reach a compromise.

“I really had hopes that we would have been able to potentially find a way of suspending today’s strike action,” he said.

“Hugely frustrated and big apologies to passengers who are disrupted again this morning.”

Although talks are ongoing, a third day of strikes is planned for Saturday, with workers at 13 other rail operators also taking part in the walk-outs.

Unions representing teachers, postal workers, nurses, doctors, civil servants and barristers are also moving towards industrial action in what could be a “summer of discontent”.

The Government has criticised the strikes, calling them counterproductive and most damaging for those on low incomes who depend on public transport and are unable to work from home.

Later on Thursday, ministers will set out planned changes to a law that would make it easier for businesses to use temporary staff, in a moved designed to minimise the impact of strike action.

“Once again trade unions are holding the country to ransom by grinding crucial public services and businesses to a halt. The situation we are in is not sustainable,” Business Secretary Kwasi Kwarteng said.

“Repealing these 1970s-era restrictions will give businesses freedom to access fully skilled staff at speed, all while allowing people to get on with their lives uninterrupted to help keep the economy ticking.”

But Labour has accused the Government of “hobbling” the rail negotiations by refusing to directly take part in them but allegedly imposing conditions on any deal.

Just one in five trains were due to be running on Thursday, and they are mostly restricted to main lines, with around half of the network closed.

Services started later than normal at 7.30am and will shut down early at 6.30pm.

“The look and feel of the network is that traffic numbers are down,” he told the PA news agency.

“If you’re going in and out of town and city centres, they’re a little bit busier.”

He added: “Two years on (from the Covid pandemic) we’ve learned to work in different ways, people are working from home, so it’s a very different picture.

“People are still able to carry on working even though the rail dispute is ongoing.”

Members of the drivers’ union Aslef on Greater Anglia are also striking on Thursday in a separate dispute over pay.

The company is advising passengers to travel only if necessary.