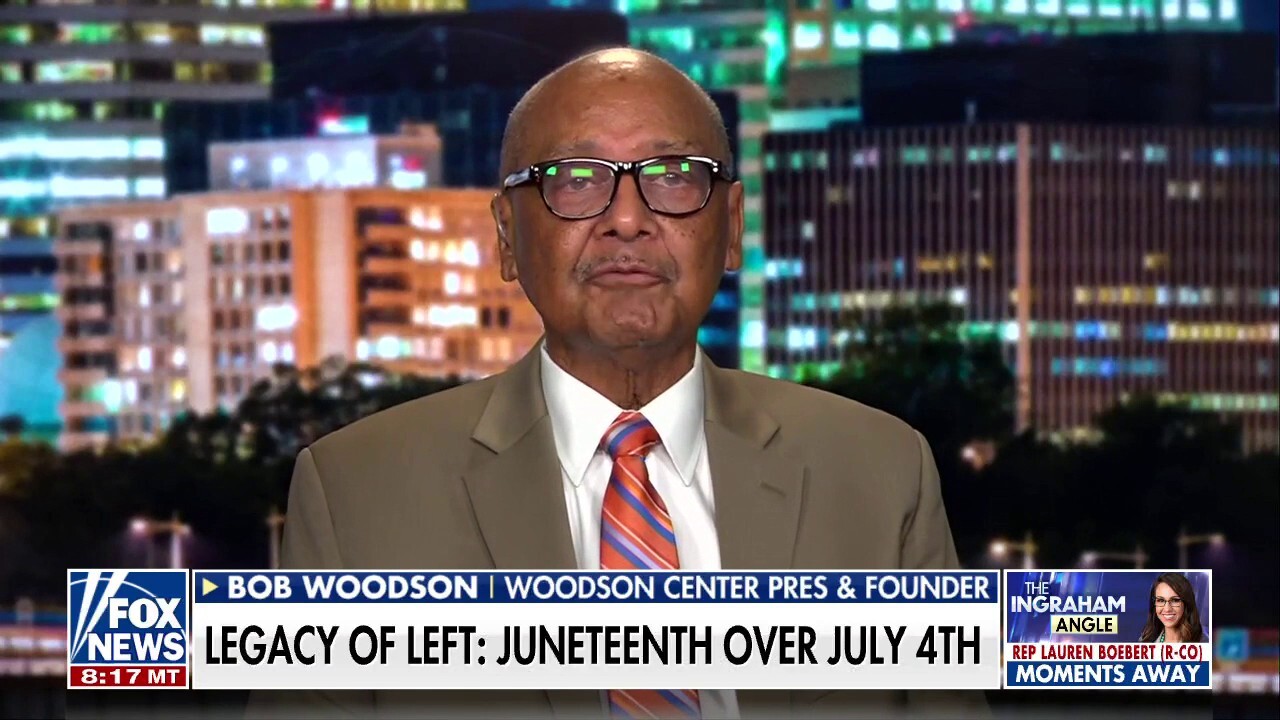 Woodson Center president and founder Bob Woodson weighed in on the connection between Juneteenth and July 4th on “The Ingraham Angle.”

BOB WOODSON: It’s devastating, I know, for more vulnerable populations. Particularly in the Black community, progressives are pushing this anti-American agenda and using America’s birth defect of slavery as a bludgeon against the country.

JUNETEENTH: WHAT IS IT AND WHY DO WE CELEBRATE IT?

One person even saying that she’s going to celebrate Juneteenth, but not 1776. Well, she doesn’t understand that if it was not for 1776, there would be no Juneteenth. That Black Americans have sacrificed, has demonstrated their commitment to these values and ideals of ours by the shedding of their blood. Blacks fought in every war that this country has ever had. Every war we’ve fought and not a single Black was ever convicted of treason.

This article was written by Fox News staff.