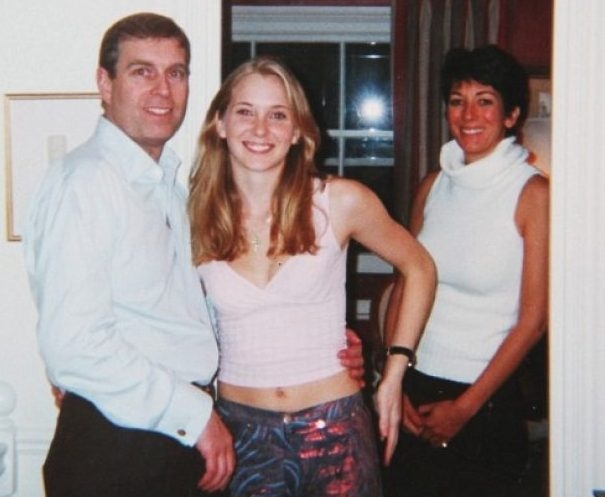 Prince Andrew’s plethora of legal gambits have been kicked to the curb after a final hail Mary was intercepted by a New York judge.

Now, the Duke of York’s close friendships with billionaire pedophile Jeffrey Epstein and convicted sex trafficker Ghislaine Maxwell will have no longer have a rock to hide under.

On Wednesday morning, Judge Lewis Kaplan cleared the path for a civil lawsuit from Virginia Roberts Giuffre over her claims that Prince Andrew sexually abused her when she was one of Epstein’s ‘teen sex slaves’ and underage.

Andrew famously told the BBC he couldn’t remember Roberts, who claimed he was “sweaty.” Besides, the royal said, he can’t sweat.

The petulant prince’s legal team had argued that the royal was covered by the notorious 2009 deal with the devil inked by Epstein and Florida prosecutors that served up a non-prosecution deal for the pedo’s pals. Kaplan called it too “ambiguous”.

Kaplan wrote: “The 2009 Agreement cannot be said to demonstrate, clearly and unambiguously, that the parties intended to instrument ‘directly,’ ‘primarily,’ or ‘substantially’ to benefit Prince Andrew.

“The existence of the requisite intent to benefit him, or others comparable to him, is an issue of fact that could not properly be decided on this motion even if the defendant fell within the releasing language, which itself is ambiguous.”

Now, unless the prince coughs up $5 million for Roberts, the trial will likely go ahead next September. And that money may not be enough.

Roberts’ lawyer David Boies earlier said he planned to depose “up to a dozen people” ahead of the trial. Among them? Prince Andrew and Meghan Markle.

He added: “Meghan Markle, because of her position in the family, is one of those people.”

In recent days, the 62-year-old royal has been forced to sell his $30-million villa in the Swiss Alps as his legal bills mount and will assuredly go sky high. The possibility of settlement has also been discussed but Roberts has said that ship has sailed.

At the crux of Andrew’s woes are his ‘closerthanthis’ relationship with the fiendish financier and his school chum, Maxwell.

He has vociferously denied the allegations.

Andrew — longtime pal of despots and oligarchs — had been friends with Epstein since 1999 when he was introduced to the hedge fund manager by socialite Maxwell.

The prince earlier said that he would visit Epstein several times a year, including taking the billionaire’s private jet on a jolly to his private Caribbean redoubt. In return, Andrew invited the twosome to Queen Elizabeth’s Dance of the Decades event at Windsor Castle in June 2000.

Epstein and Andrew even travelled to Thailand together.

After Epstein pleaded guilty in Florida to soliciting a minor in 2008, Andrew continued the relationship. In December 2010, the pair were later photographed strolling through Central Park. Andrew said he met Epstein to end their friendship. However, he stayed at the financier’s New York mansion during the trip.

He stayed in touch with old pal Maxwell, who was convicted last month in New York of sex-trafficking charges.