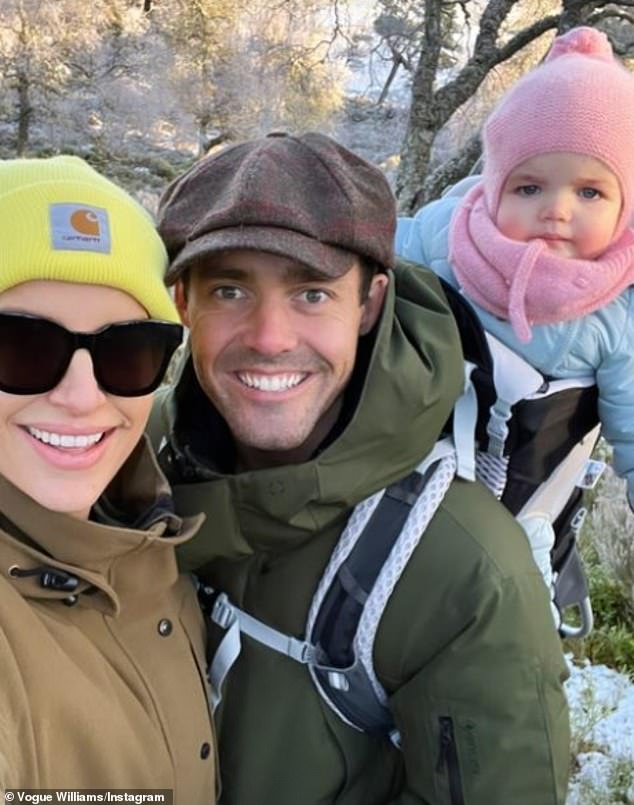 By Jason Chester for MailOnline

Swaying palm trees and scenic beaches were replaced by frost-bitten hills and freezing lakes as Spencer Matthews and Vogue Williams celebrated their first family Christmas in her native Ireland.

The couple have overlooked sunny St. Barts – where the extended Matthews family traditionally spend every Christmas – in favour of picturesque County Wicklow in the Republic of Ireland.

Venturing out for a brisk country stroll on Tuesday, Spencer, 33, and Vogue, 36 – currently pregnant with the couple’s third child – were joined by son Theodore, three, and 17-month-old daughter Gigi.

With temperatures close to freezing and a thin layer of frost covering the ground, Spencer carried his infant daughter in a baby harness while keeping a tight grip of Theodore’s hand.

Spencer and Vogue announced they were expecting their third child in October and have since confirmed the sex of their baby, which is due in the spring.

Speaking to Hello! magazine in December, Vogue said: ‘Baby number three on the way!!! This has been a lot harder to hide third time around, I feel like I’ve had a bump since the first month. 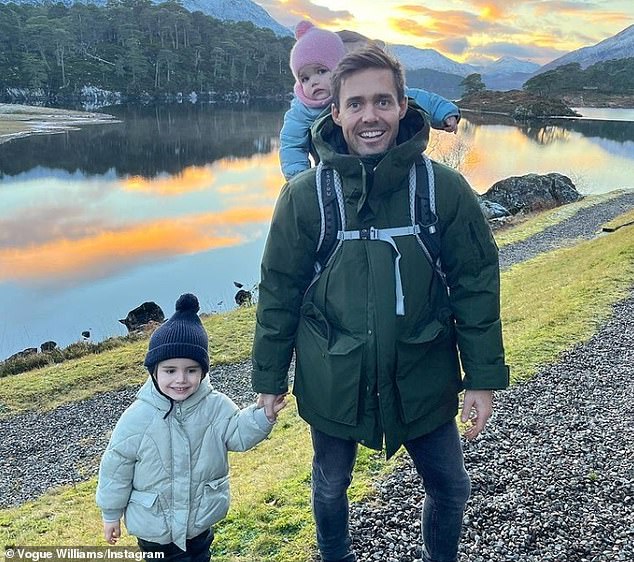 Safety first: With temperatures close to freezing and a thin layer of frost covering the ground, Spencer carried his infant daughter in a baby harness while keeping a tight grip of Theodore’s hand 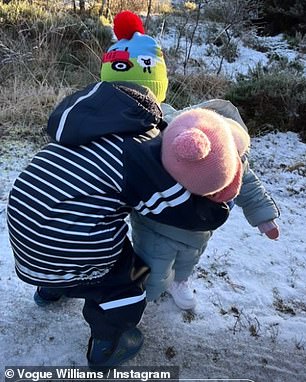 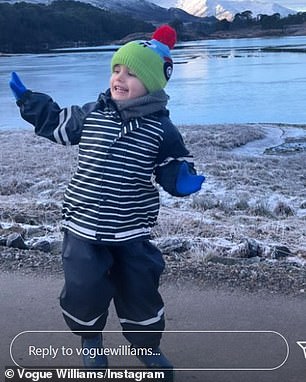 Fun: Theodore appeared to love his chilly surroundings during the family outing on Tuesday 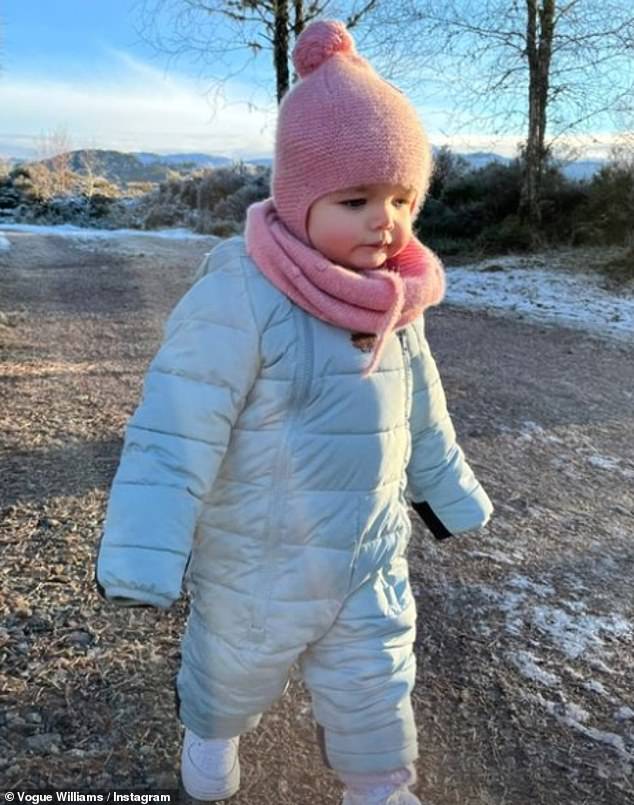 ‘If you’d have told me a few years ago that by the age of 33 I’d have three beautiful children with the woman of my dreams I WOULD have believed you because that was always the plan….

‘Having said that I feel fortunate every day for what we have. Family is EVERYTHING.’

Spencer, who revealed on the couple’s podcast that they recently bought a house in Jersey together, also explained they take Christmas in turns as they spent the last one with his family in the Caribbean.

He said: ‘Vogue gets a Christmas, then I get a Christmas, so next year is mine. I’m in charge of Christmas 2022- we’ll be in St Barts or Jersey.’ 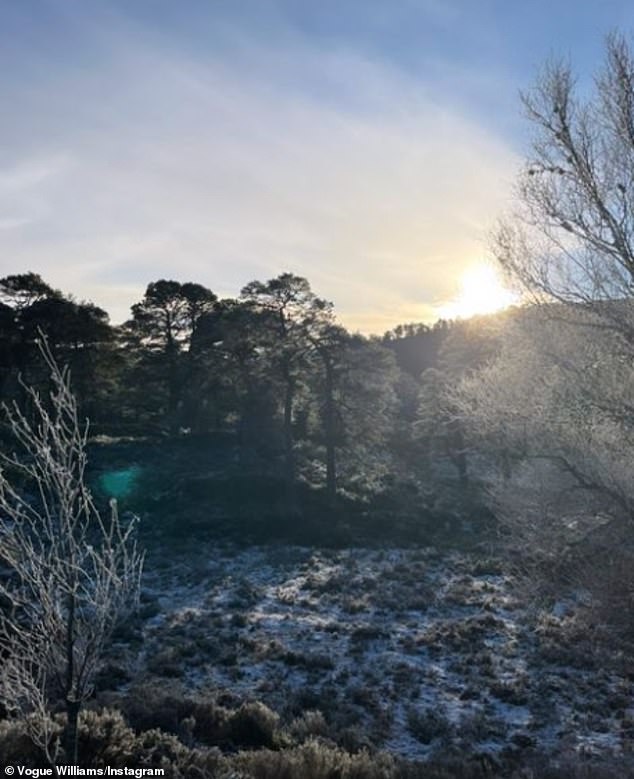 Lovely: Vogue shared images of the stunning Irish countryside with her followers on Tuesday

Vogue recently announced she is quitting her Heart Radio show on Sundays to spend more time with her family.

She told Instagram followers: ‘I’m signing off from my Sunday morning show but just found out the amazing news that my pal and fab presenter @katrina_ridley is taking over!

‘I adore radio, I loved working with Heart but I was finding it hard having no days off most weeks. Sunday is gonna be my chill day, lazy mornings with my babies and Spen!’

Vogue began hosting the new Sunday breakfast show in March 2020 from 6-9am every week and presenter and model Katrina Ridley will now be taking over the hot seat.