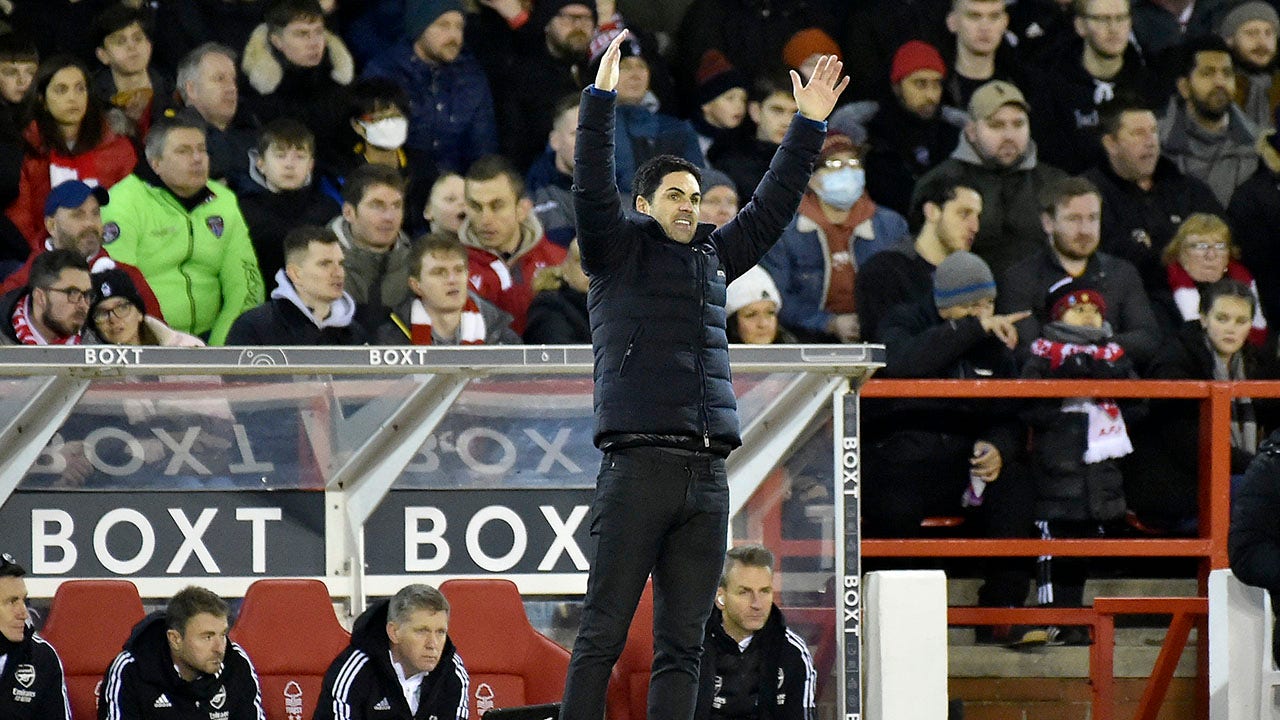 When Arsenal this week sent Pablo Mari away on loan and released Sead Kolasinac, trimming the squad looked perplexing for a club already struggling to muster a team to play.

Folarin Balogun and Ainsley Maitland-Niles had only just been loaned out when Arsenal told the Premier League it lacked enough players to host Tottenham last Sunday.

Calling off a game wasn’t unusual for England’s top division. Applying coronavirus regulations has seen 22 postponements since last month as the spread of the omicron variant has depleted squads and shut training facilities.

But when the request to postpone the north London derby against Tottenham went to the league on Friday, Arsenal had only one declared coronavirus case in the squad. Instead, with five players at the African Cup of Nations and injury absentees, Arsenal successfully convinced the league to call off its game against Tottenham in a stretching of the pandemic policies not intended for this scenario.

“The decision to postpone the game was very, very strange,” Tottenham manager Antonio Conte said, with a few days to reflect on his frustration. “We have a big problem to solve and it’s COVID, but only about this situation can you decide to postpone, not for other situations.

“Honestly, it’s my first time in my life — and I’ve had a bit of experience in football — to see postponed games because of injuries.”

Regulations state a game must go ahead if a club has 13 fit outfield players plus a goalkeeper. But confusion over the application of the rules has created a growing sense of farce. The league hasn’t said why Arsenal wasn’t told to promote less experienced contracted players into the first team, with the under-23s playing on Friday night. Nor has the league addressed if Arsenal missing Granit Xhaka was a factor in the postponement after he was suspended following his sending off against Liverpool in the League Cup.

But the exasperation within rival clubs at how games are being called off has led to the league deciding to speak to them about changing the criteria. The league, which needs 14 of the 20 clubs to approve altering regulations, said coronavirus cases dropping across clubs for three consecutive weeks sparked the consultation.

“The league’s current guidance was amended in December following the emergence of the new Omicron variant,” the league said in a statement on Wednesday, “and we continue to monitor the ongoing effects of the virus and will update our guidance accordingly.”

At least the Premier League doesn’t make teams go through the spectacle — as endured in Italy’s Serie A — of making them turn up to the stadium with no opposition to face.

But the raft of postponements has created a distorted league standings in England. Leader Manchester City has played 22 games and last-place Burnley has only contested 17 of the 38 fixtures after Tuesday’s rescheduled game against Watford was postponed again. Burnley manager Sean Dyche said he had 10 outfield players able to train at the time but didn’t talk about promoting younger players.

Bayern Munich was made by the Bundesliga to play Borussia Mönchengladbach earlier this month after the winter break, despite having a substitutes’ bench featuring no players with previous playing time in the league. Bayern lost 2-1 but is still now six points clear.

Leading the charge for changes to the current rules in England is Aston Villa chief executive Christian Purslow who believes they are “no longer fit for purpose” and wants urgent action.

“They were well-intentioned at the time,” Purslow told The Times of London, “but to have a situation where clubs are applying for games to be postponed with just one or two positive COVID cases was never the intention of the rules.”

Arsenal manager Mikel Arteta bristles at any suggestion the club exploited the regulations to delay playing Tottenham until it has a stronger squad fit and available. Arteta reflects on how the season started with three successive losses, with Arsenal playing despite coronavirus-enforced absences.

“When other teams were postponing matches, we were killed and told don’t be naïve because if you have that many players out don’t play with your kids,” Arteta said Wednesday. “Now we postpone the match for all the right reasons, believe me, and we get this reaction but I think it is normal.”

Arsenal hasn’t played since drawing 0-0 with Liverpool last Thursday in the League Cup. The Gunners are due to return to action on Thursday in the home leg of the semifinal that was postponed two weeks ago due to Liverpool’s coronavirus outbreak.

“We will not let anybody damage our name or try to lie about things,” Arteta said.