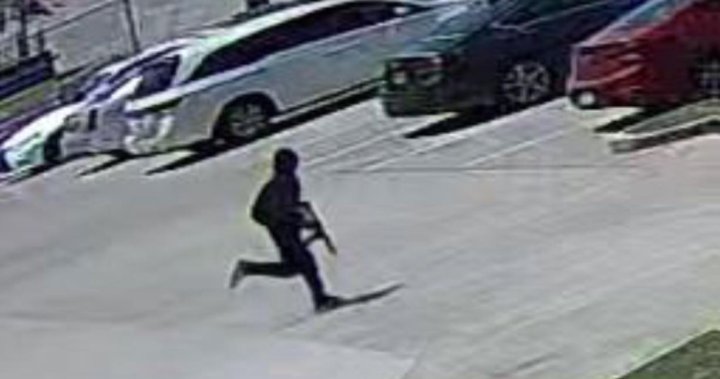 Dallas police are looking for a suspect who fled the scene of a local hair salon after opening fire and injuring three Korean women.

Police said in a press release that an unknown man “walked into the business and began shooting.”

No clear motive has been established but police Sgt. Warren Mitchell said in a press briefing that investigators are not ruling out the possibility that the shooting was a hate crime.

The salon is Korean-owned and all three victims — the owner, an employee and a customer — are Korean women. They are being treated for non-life-threatening injuries at a local hospital. Mitchell said that it appears the women were only shot in the extremities.

After interviewing witnesses, police told ABC that they learned the suspect parked “a dark color minivan-type vehicle” on Royal Lane, walked across the parking lot into the salon, then opened fire.

“The suspect then fired multiple rounds inside the business, wounded all three victims,” police said.

In Wednesday evening’s press release, police said the suspect drove off in a maroon minivan.

Stills from surveillance cameras in the area have been released, showing the suspect holding a large rifle-like weapon as well as an image of the supposed getaway vehicle.

Police are describing the suspect as “approximately 5’7” to 5’10”, thin build with curly medium length hair and a connecting beard.”

Crime Stoppers is offering US$5,000 for information that leads to the suspect’s apprehension.

Mitchell said that there is no indication yet that the shooting was a hate crime, but the FBI is assisting and monitoring the investigation.

“Dallas Police Department is the lead investigating agency for this incident, but we are in communication with them and coordinating closely,” a spokesperson for the FBI said. “If, in the course of the local investigation, information comes to light of a potential federal violation, the FBI is prepared to investigate.”

The shooting comes amid rising rates of violence against Asian communities in North America.

A recent University of Victoria study found that two-thirds of first- and second-generation Chinese Canadians had some experience with being treated disrespectfully. About one-third said they had been personally threatened or intimidated. More than a quarter of the 874 respondents said they had been physically attacked.

This shooting also calls to mind the 2021 Atlanta spa shooting, in which a gunman killed eight people in three massage parlours — six of whom were Asian-American women.

Dallas police are attempting to ease worries in the community in the midst of rising anti-Asian hate.

“It just brings an added fear in this community, and we want to make sure we do what we can to ease their fear,” Mitchell said.