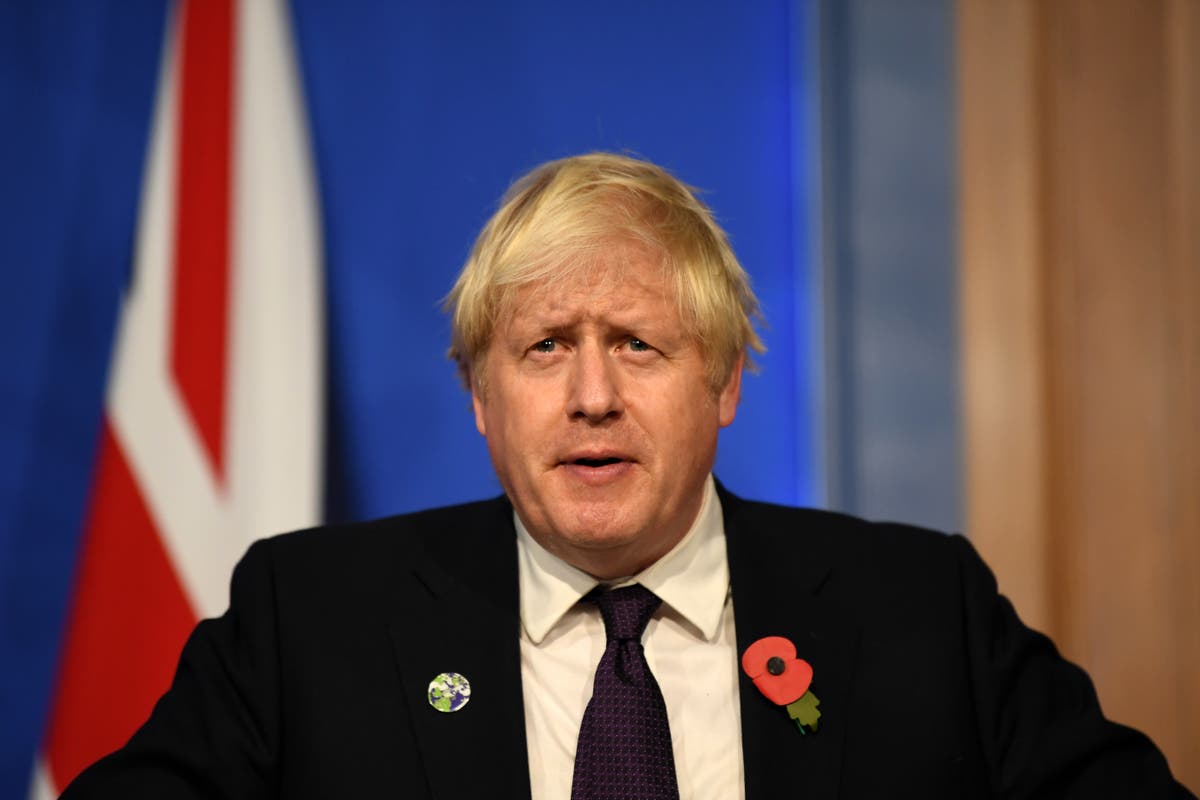 oris Johnson has proposed banning MPs from acting as paid political consultants or lobbyists as he tries to stem the sleaze row that has battered the Tory party.

He said he had written to the Commons Speaker to propose the Code of Conduct for MPs is updated.

Detailing his plans in a letter to Sir Lindsay Hoyle the Prime Minister said the Government would ensure MPs who are “neglecting their duties to their constituents and prioritising outside interests would be investigated, and appropriately punished by the existing disciplinary authorities”.

He added they “would also ban MPs from exploiting their positions by acting as paid political consultants or lobbyists.”

The move is an attempt to draw a line under the damaging saga that began with Mr Johnson’s bid to overhaul the disciplinary system to prevent the immediate suspension of Owen Paterson.

Mr Johnson’s latest plans came a day ahead of Labour staging a vote to ban MPs from taking paid consultancies or directorships during an opposition day debate on Wednesday.

Sir Keir said Labour will “look carefully” at the Prime Minister’s proposals, adding: “If he is accepting the motion in full then that’s a significant victory for us in our work to clean up politics.”

He told reporters: “We’ve had two weeks of Tory sleaze and corruption. Be under no illusion, the Prime Minister has only done this because his back was against the wall because the Labour Party have put down a binding vote for tomorrow.”

Sir Keir has called for a stricter crackdown which would “ban second jobs for MPs” with “limited exemptions” in a speech shortly before the PM announced his plans when he also added: ‘It’s time to ban MPs from being paid directors and commercial consultants. That should not be a controversial situation.”

The Government and Conservative backbenchers would have found themselves in the difficult position of having to either back Labour’s plans or face allegations they were not stamping out sleaze.

The disclosure led to questions over whether the MP for Torridge and West Devon, and a practising barrister, was spending enough time on his constituents.

Mr Johnson sent Sir Lindsay two key recommendations from the Committee on Standards in Public Life’s report on MPs outside interests from 2018.

These included changing their code of conduct so that any outside work should be “within reasonable limits” and “not prevent them from fully carrying out” their duties.

Mr Johnson said changing the Commons code is “rightly a matter for Parliament” but said he believes those two recommendations would be the basis of a “viable approach which could command the confidence of parliamentarians and the public”.

Deputy leader of the Labour Party Angela Rayner has said that Labour would “ban second jobs for MPs” with “limited exemptions”.

She tweeted: “Labour will ban second jobs for MPs, with limited exemptions for public service as we set out today.

“After voting to support corruption the Prime Minister has u-turned with his back against the wall because we forced a vote tomorrow. Let’s see him vote for our motion tomorrow.”

The Prime Minister tweeted his proposals shortly after a motion, approved unanimously on Tuesday, implemented the Government U-turn over the Owen Paterson row.

It rescinded the so-called Leadsom amendment, which looked to establish a review of the MP standards investigation process in a bid to delay Mr Paterson’s suspension.

It also endorsed the Commons Standards Committee’s report which would have suspended Mr Paterson from Parliament for 30 days if he had remained an MP.

Mr Paterson quit as an MP after the Government backed down on its attempt to delay his suspension and reform the standards process.

An attempt to quietly endorse the Commons standards watchdog’s report on Mr Paterson’s behaviour was foiled on Monday night as veteran Tory Sir Christopher Chope objected to the move.

Theresa May warned of the “damage” caused to all MPs and Parliament by the sleaze row during a debate in Parliament on Tuesday.

The former prime minister said it was clear that former MP Mr Paterson had broken lobbying rules and the attempt by MPs “aided and abetted by the Government” to save him was “misplaced, ill-judged and just plain wrong”.

Mrs May also suggested scrapping the proposed controversial standards overhaul which sparked the crisis was a “step in the right direction”.

But she cautioned that such a move would “not undo the damage” done by the Government’s botched attempt to delay the parliamentary suspension for former Tory cabinet minister Mr Paterson.

Mrs May told the Commons: “Let’s be clear, this is not a party political issue. Damage has been done to all Members of Parliament and to Parliament as a whole.”

On the report into Mr Paterson’s actions, Tory MP Mrs May said: “I believe the conclusion was clear and fair, Owen Paterson broke the rules on paid advocacy and the attempt by members of this House, aided and abetted by the Government, under cover of reform of the process effectively to clear his name was misplaced, ill-judged and just plain wrong.”

Mrs May said: “It would be a mistake to think that because someone broke the rules, the rules were wrong.

“The rule on paid advocacy is a longstanding one.

“The problem came because there was an attempt to effectively let off a then-member of the House.

The Maidenhead MP urged the Government to look at recommendations on how to strengthen rules on MPs’ standards put forward by a committee in 2018. Mrs May said wider issues over the service given by MPs to their constituents is a matter “for their electorate”.

Opening the standards debate, the Commons Leader, Jacob Rees-Mogg, expressed “regret” and told MPs an amendment to save Mr Paterson was a “mistake”.

Mr Rees-Mogg said: “I think it was simply the tragedy that afflicted Mr (Owen) Paterson coloured and clouded our judgement, and my judgment, incorrectly and it is as simple and as sad as that.”

He added: “I regret that the amendment conflated an individual case with more general concerns, that was a mistake.”

It was Ms Stone’s investigation that found Mr Paterson breached the Commons code of conduct by lobbying ministers and officials for two companies paying him more than £100,000 per year.

On Monday, Business Secretary Kwasi Kwarteng apologised to Ms Stone after he publicly speculated about her future.

Mr Wishart said: “She shouldn’t be considering her position, the Leader of the House should be considering his position as should the Prime Minister because they needed to undermine the standards commissioner in order for the silly and stupid plan to work for them. Of course, it hasn’t worked at all.”

Conservative Sir Christopher, MP for Christchurch, said he blocked the motion on Monday night as it was important for the Commons to “debate this issue openly”.

“I have got no regrets about that whatsoever,” he added.

Mr Paterson’s wife, Rose, took her own life last year and the former MP had suggested this was, in part, due to the investigation against him.

Labour’s Chris Bryant, who chairs the Standards Committee, said he believed the Paterson family has “been through hell” over the last year and said: “It is a matter of deep regret to me that the parliamentary shenanigans of the past three weeks can only have added to that misery.

“This House has done him and his family no favours, we should be ashamed of what has happened here, but sadly Mr Paterson’s was not the only catalogue of bad behaviour.

“As countless Conservative MPs have said to me, and incidentally I would just like to praise a lot of the new Conservative MPs who have shown far greater insight over the last three weeks than some of their more longstanding colleagues, the way the Government and the Prime Minister have handled this has been shameful and it has brought the House into disrepute.”