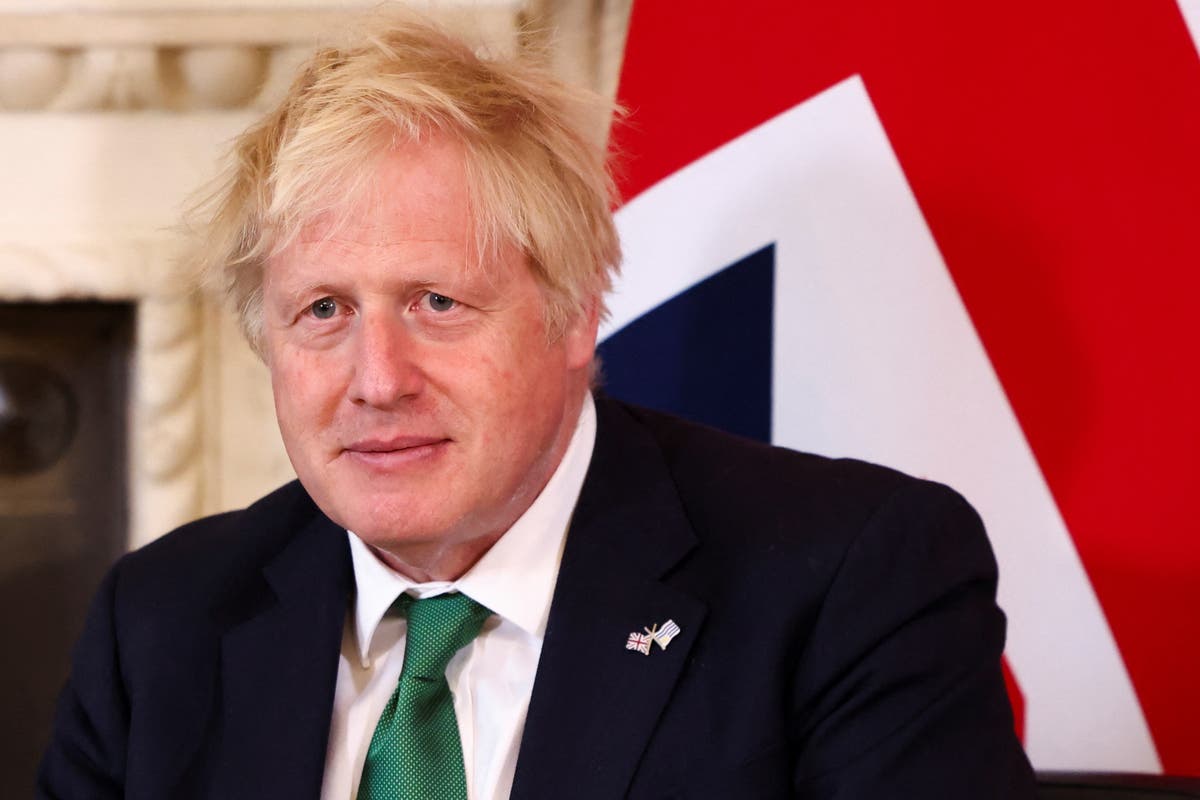 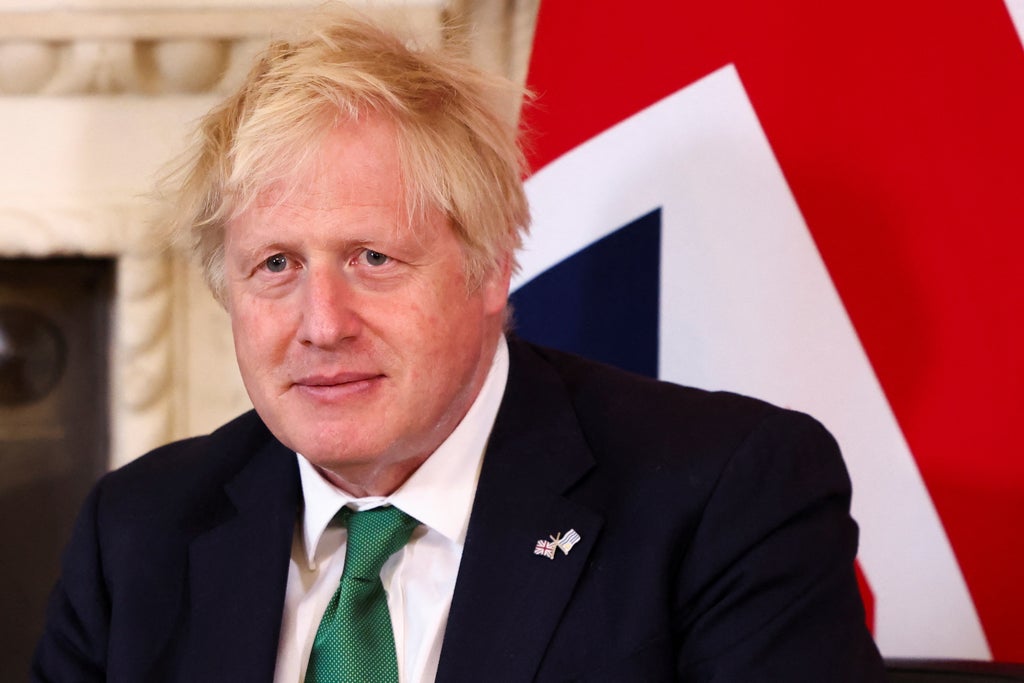 ramatic new pictures of Boris Johnson allegedly at a No10 leaving do reignited the partygate scandal on Monday.

They appeared to show the Prime Minister raising a glass, reportedly at a leaving party on November 13, 2020, for outgoing director of communications Lee Cain.

They were obtained by ITV News as the report by senior civil servant Sue Gray was due to be published.

It is expected to be explosive by giving far more details of the party culture in No10 while millions of people across Britain were following lockdown or other Covid restriction rules.

Four images were said to picture the Prime Minister raising a glass at the leaving gathering, with bottles of alcohol and party food on the table in front of him.

Around eight people are alleged to be nearby, together with the person who took the photo.

ITV News said Mr Johnson appears to be making a speech and raising a toast, with half a glass of drink in his hands.

It added that his red box was on a chair, with two bottles of champagne or cava, four bottles of wine and half a bottle of gin.

The photos, though, may strengthen the argument that Mr Johnson was at a work event, even if looks like he was at a party.

Eight days before the pictures were said to have been taken, Mr Johnson had imposed England’s second national lockdown, which lasted four weeks. People were banned from social mixing, other than to meet one person outside.

Mr Johnson was not fined by the Metropolitan Police over the event seen in the images, which show at least nine people in close proximity along with six bottles of wine.

Downing Street declined to defend the scene portrayed, saying the Prime Minister will comment after the Sue Gray report into partygate is published in the coming days.

A No 10 spokeswoman said: “The Cabinet Office and the Met Police have had access to all information relevant to their investigations, including photographs.

“The Met have concluded their investigation and Sue Gray will publish her report in the coming days, at which point the Prime Minister will address Parliament in full.”

Mr Johnson told MPs in December that “the rules were followed at all times” when asked during Prime Minister’s Questions about Mr Cain’s leaving party.

Liberal Democrat deputy leader Daisy Cooper said the images show Mr Johnson “has taken the British people for fools” as she called for Tories to remove him from office.

“It’s becoming clearer than ever that Boris Johnson lied to the British people and to Parliament,” she said.

“Conservative MPs must do their duty and sack this law-breaking Prime Minister. Every day he remains in office will do more damage to public trust and to our democracy.”

On December 8, Labour MP Catherine West asked Mr Johnson in the Commons whether there had been a party in Downing Street on November 13 2020.

The Prime Minister replied: “No, but I am sure that whatever happened, the guidance was followed and the rules were followed at all times.”

The images show Mr Johnson standing closely with seven others in one image.

Including the photographer and the Prime Minister, that makes at least nine people in the room.

Six wine bottles are on the table, one is clearly half empty.

ITV described Mr Johnson as holding half a glass of fizz in the images, while a ministerial red box is perched on a chair in front of him.

The Prime Minister only received one fine during the Met’s investigation, for the gathering for his 56th birthday in June 2020.

Scotland Yard did issue a fine to at least one individual who attended a gathering on the date of Mr Cain’s leaving do, but the force declined to say what the offending event was.

But it was clear the breach, or breaches, were in relation to restrictions on indoor gatherings consisting of two or more people.

The Commons Privileges Committee is due to investigate whether Mr Johnson lied to Parliament with his denials of rule-breaking.

Intentionally misleading the House would normally be a resigning matter.