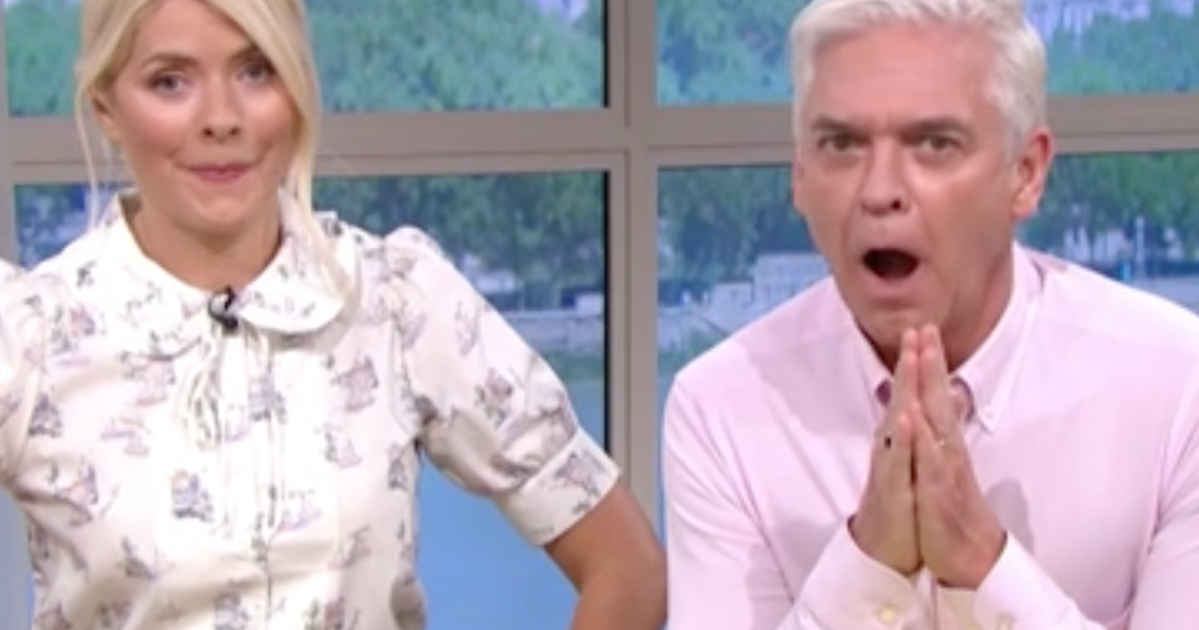 Phillip Schofield and Holly Willoughby got a little more than they bargained for after speaking to a couple reported for having ‘noisy sex.’

Lydia Barker and Billy Brown from Somerset were slapped with a warning from ‘distressed neighbours’ who complained about their morning, noon and late-night sessions.

The pair were faced with a letter from their landlord saying they will be monitored.

Interviewed by Holly and Phillip during Thursday’s This Morning, the presenters asked how the couple how they felt about the complaints, after one neighbour hailed their sex ‘louder than a lawnmower.’

‘We can’t even make the sound of a lawnmower anyway,’ said Lydia.

After the pair supplied the audio tape, Holly and Phillip were a little concerned that the sound would be heard to hear through the studio, so they opted to listen through their earpiece.

And their reaction said it all really.

‘Alright! Got it, got it. Definitely all I need to hear, thank you very much,’ said a rather shocked Holly.

‘Maybe part of the complaints might been the words you were shouting’ added Phillip.

Moving past the explicit sound effects, Holly said the couple should be ‘applauded for having such a healthy sex life.’

‘Going forward though, will this change things, will you try to be more quiet,’ she asked.

‘On a serious note, it has changed things,’ Billy replied.

‘We had this conversation the other day, it has affected us a little bit.’

‘But I don’t think long-term it will,’ Lydia chimed in.

‘We’ve already had a morning session.’

As soon as the interview wrapped up, Holly and Phillip still struggled to keep their composure, and Holly even hailed it as ‘one of my favourites ever.’

This Morning airs weekdays at 10am on ITV.