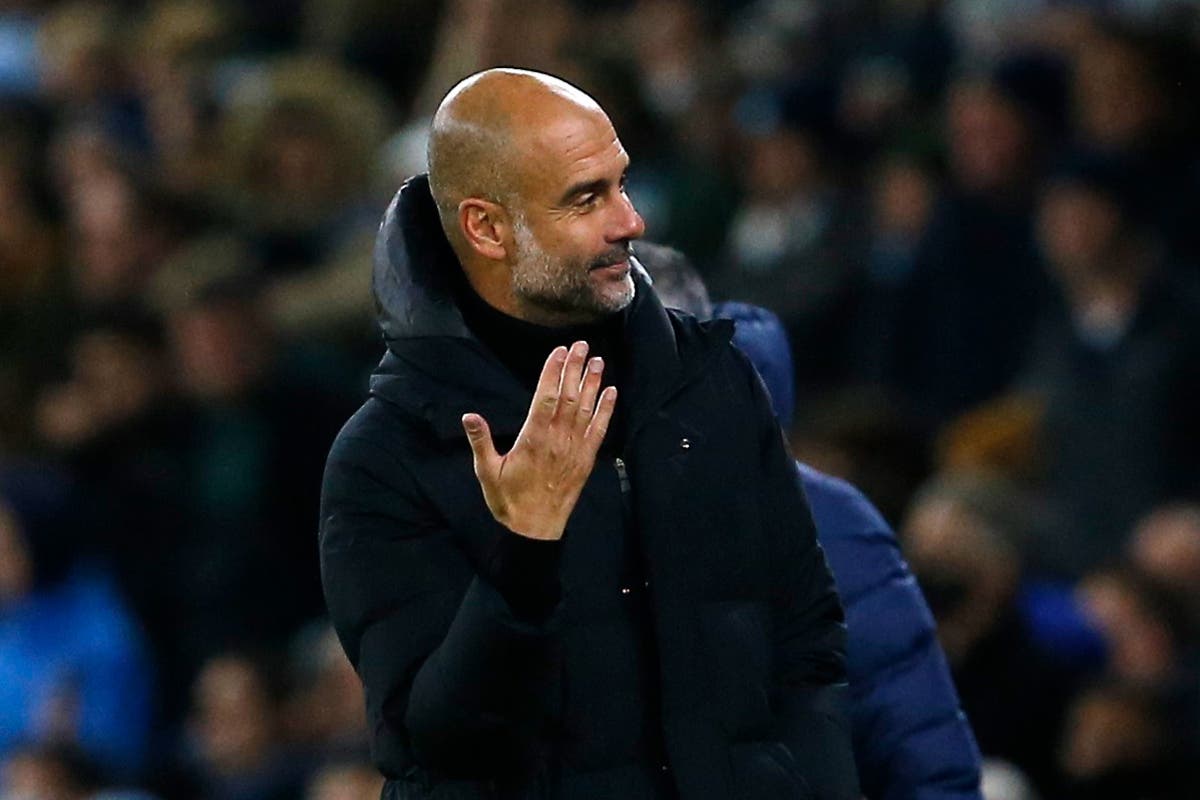 The Portuguese star has been in superb form in recent weeks, and shone again at the Etihad, playing in a more advanced false nine role.

“We attacked the spaces, and the quality from Bernardo, how he set the ball – when we talk about technique, it is that,” Guardiola said.

“It’s the right tempo, he does it in the moment, and give it to your mate in the best condition to score a goal. And after, good finishing from Gabriel.

“The most important thing was of course today we did it again and against a top side and that’s the reason why we are in – for the last five or six years in a row – the last 16, first in the group in this tough group.”

Despite City dominating the first-half, they fell behind just after the break as Kylian Mbappe put PSG ahead.

“The sense of danger when they have the ball in the final third is terrible,” the City boss said.

“These type of players – as far as they are from our goal, we are safer. The closer they are, the find spaces.

“They find [it] from nothing – Mbappe, Neymar, Messi, and Di Maria at the end. They are too good up front.

“We had to defend as a team. If you think one guy is going to shut the quality they have, it’s impossible.

“I don’t know the stats but I think we were brilliant again today, and that’s good for us.”

RB Leipzig’s win over Club Brugge meant that PSG qualified for the last 16 despite the defeat, and Mauricio Pochettino was left frustrated at the points his side dropped against those two sides.

“A little bit disappointed, but at the same time you have to give credit to Manchester City – they are a very good team,” Pochettino said.

“When you start a group stage, the first objective is to qualify and then to be first. We beat Man City at the Parc de Princes – the difference is the draws against Brugges and Leipzig. That is why we finish second.”