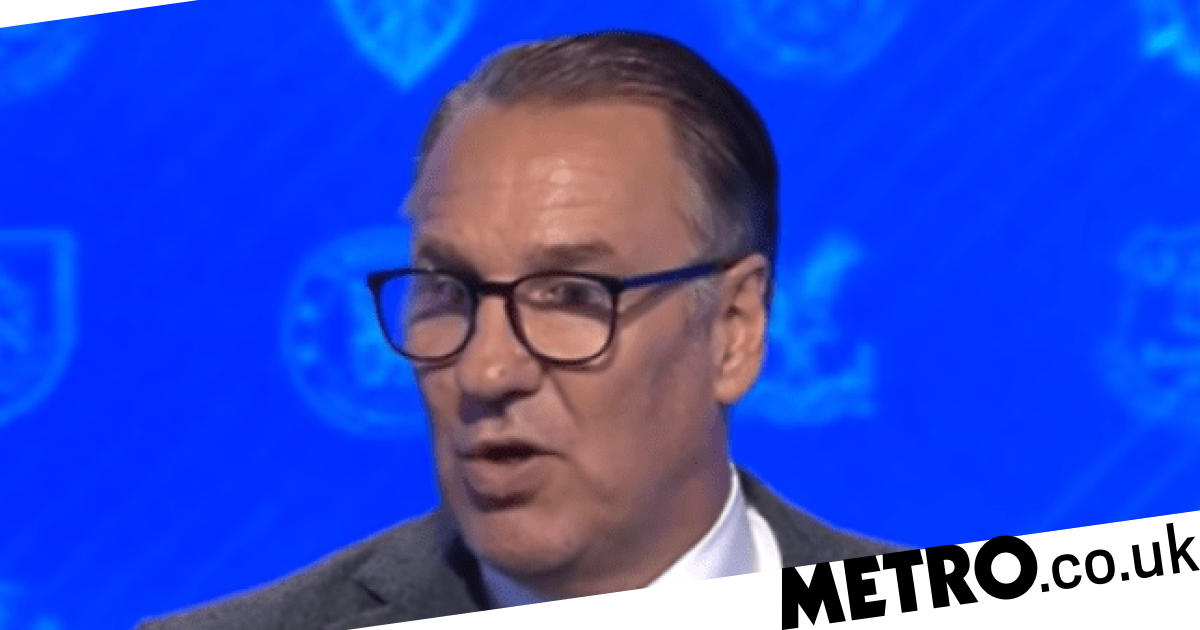 Paul Merson ‘cannot see anything other’ than a Manchester City victory against Manchester United this weekend and has also backed Arsenal, Chelsea and Liverpool to secure victories in the Premier League.

Thomas Tuchel’s European champions welcome Burnley to Stamford Bridge off the back of their Champions League win over Swedish outfit Malmo on Tuesday.

On the Manchester derby, Merson told Sportskeeda: ‘I don’t see where Manchester United are going to get the ball from in this game, and they could find themselves in another embarrassing situation this weekend.

‘United have played on the counter with pace against Manchester City with good results in the past, but I don’t see how they can manage that with both Cavani and Ronaldo up front.

‘City will probably pass the ball for fun, and Manchester United are not going to get near it.

‘I would personally go with Ronaldo, Greenwood, and Rashford in this game, and I’d be shocked if Solskjaer field both Ronaldo and Cavani because they’re not going to get much of the ball.

‘But then again, with Solskjaer, nothing really shocks me anymore.

‘Ole Gunnar Solskjaer will be under pressure if he loses this game, but he’ll probably win against Watford next weekend and we’re back to square one with Manchester United.

‘They’re one of the biggest clubs in the world, and they’ve gone three and a half years without winning a trophy.

‘Manchester City also have a bit of a selection problem. It’s pretty hard to pick between Grealish, Foden, and Mahrez, and it’ll be interesting to see what Pep does this weekend.

‘Liverpool tore Manchester United to shreds last week, and I don’t see anything other than a Man City victory here. I’m going for 3-1 to City.’

‘Burnley had a brilliant result against Brentford last week. They needed to win that match and were excellent in what was a must-win Premier League game.

‘That being said, I don’t see them standing a chance in this fixture. Chelsea have been outstanding so far this season under Thomas Tuchel.

‘They have a solid defence and if you do manage to get past their defenders, they have a brilliant goalkeeper in Edouard Mendy.

‘Burnley were impressive last weekend, but Chelsea should be able to win this game comfortably.’

‘Arsenal are flying in the Premier League. They’re playing really well at the moment, but they need to be careful against Watford.

‘Arsenal got great results against Leicester and Aston Villa, and they’re playing with plenty of pace and energy.

‘Watford are a decent team on the counter and stunned Everton last week. Arsenal are building their team very well at the moment, and are nine games unbeaten now.

‘They have a couple of hard matches after Watford, and going into their Liverpool game with a ten-match unbeaten streak would help the team.

‘Arsenal had no points in their first three games and weren’t able to score a goal, while Tottenham were at the top of the Premier League table.

‘Spurs have now sacked their manager, and Arsenal are flying – it’s a strange game, this.

‘In four weeks’ time, Arsenal could well be battered by Liverpool and we’d be calling them flat-track bullies. But we have to give them credit where it’s due, and they are defeating teams that they should be putting away.

‘Arsenal are looking good at the moment and should be able to win this game.’

‘With Chelsea being favourites against Burnley, this is a must-win for Liverpool. They have Arsenal to play against after this, and they cannot afford to lose against West Ham.

‘Liverpool have already topped their Champions League group and they’re going along nicely at the moment. If Liverpool are on song this weekend, I don’t see how West Ham can stop them.

‘West Ham have been excellent in the Premier League this season and could have a go on Sunday.

‘I think Liverpool have too much for West Ham at the moment and I think Jurgen Klopp should be able to pick up another victory here.’