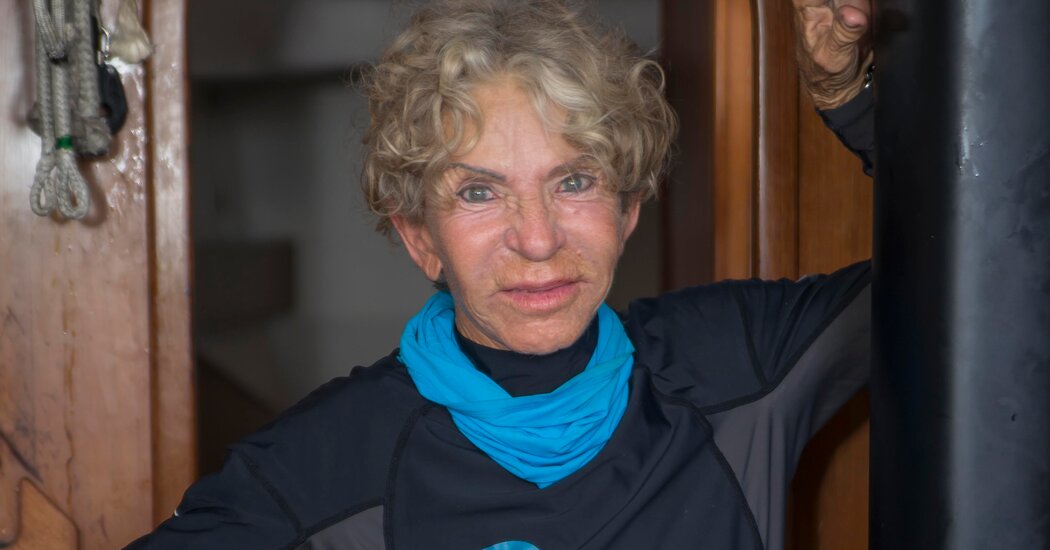 Pamala Baldwin built a career in headhunting for remote ultraluxury island resorts, but she jammed in time to add a cheesecake-exporting business too, soon after a 2004 move from New Jersey to Antigua. On or off the water, she is hard to contain, but given a choice she would rather be sailing.

Baldwin, 73, and the 40-foot racing sloop Liquid, a J/122, that she owns, have cut a swath in sailboat racing in the Caribbean, with big wins and Caribbean boat-of-the-year honors more than once. Next up on the island circuit is the most exotic of them all, Les Voiles de St. Barth Richard Mille, which she has competed in with Liquid four times, including an overall win in 2019.

The following conversation has been condensed and edited.

What is the secret to success for the Liquid team?

No secret. We work harder. On raceday we’ll be on the water hours ahead of the start. We study the wind. We do maneuvers; make sure we have our moves down. There might be one or two other boats out there doing the same thing. Other people show up eventually, and they all want to win. How much do you want it?

There is also the investment. This is “yacht” racing.

Lots of boat owners have lots of money, but it’s not all pocketbook. I put everything into the boat and then wonder how to get dinner.

You probably mean that as an exaggeration that is true enough.

Few if any boat owners choose or manage their crew the way you go about it. Tell us more.

I have a young crew. There is a core who have been with me for a long time. We grow others, teach them how to be professionals, help them find a place in the world.

We’ve had Olympians on the crew, and every year there’s a new young crew member. I have a 16-year-old now who is six feet tall, Malik Charles, but I call him Ninja. All six feet of him fell on top of me when I was squirreling a spinnaker change [hauling the large nylon sail into the forepeak at the bow] and he almost broke my nose. The kid couldn’t get over apologizing. I always cry when they leave, and someday it will be like that with him.

You have a reputation for being relentlessly competitive. Is that fair?

I’m 73. I work as hard as anybody on the boat. Bodybuilding is one of my sports. I’m starting a business in longevity resorts now because there is a market for nurturing health and longevity.

It’s a different [statement of] luxury. I’m the center of that market because I don’t want to ever stop racing. And I don’t compromise. When I bought Liquid, I went through and tore out everything that added weight and didn’t help the boat go fast. The toilet seat cover had to go, for sure.

As a boat owner, you also have a reputation for partying hard. Is that deserved?

Jules is as good as his results show, and I don’t pay him as much as other people would pay him.

You won the Caribbean Sailing Association’s Traveler’s Trophy in 2020 — again — because you had already competed well in three regattas when the pandemic shut things down. How “normal” is that?

We’re always present. In 2018 the Caribbean 600 [600 miles around 11 islands] hit nasty weather. We were soaked and cold the whole way, living on freeze-dried food. There were helicopter rescues around us, but we finished.

Liquid was honored as the Best Caribbean Boat that year. But surely there’s no reason to expect stormy sailing at Les. Voiles de St. Barth?

I love St. Barth. It’s our highlight of the season. Les Voiles is unlike any other regatta. The island feels like Europe. It’s so chic. If I spoke French, I would move there.