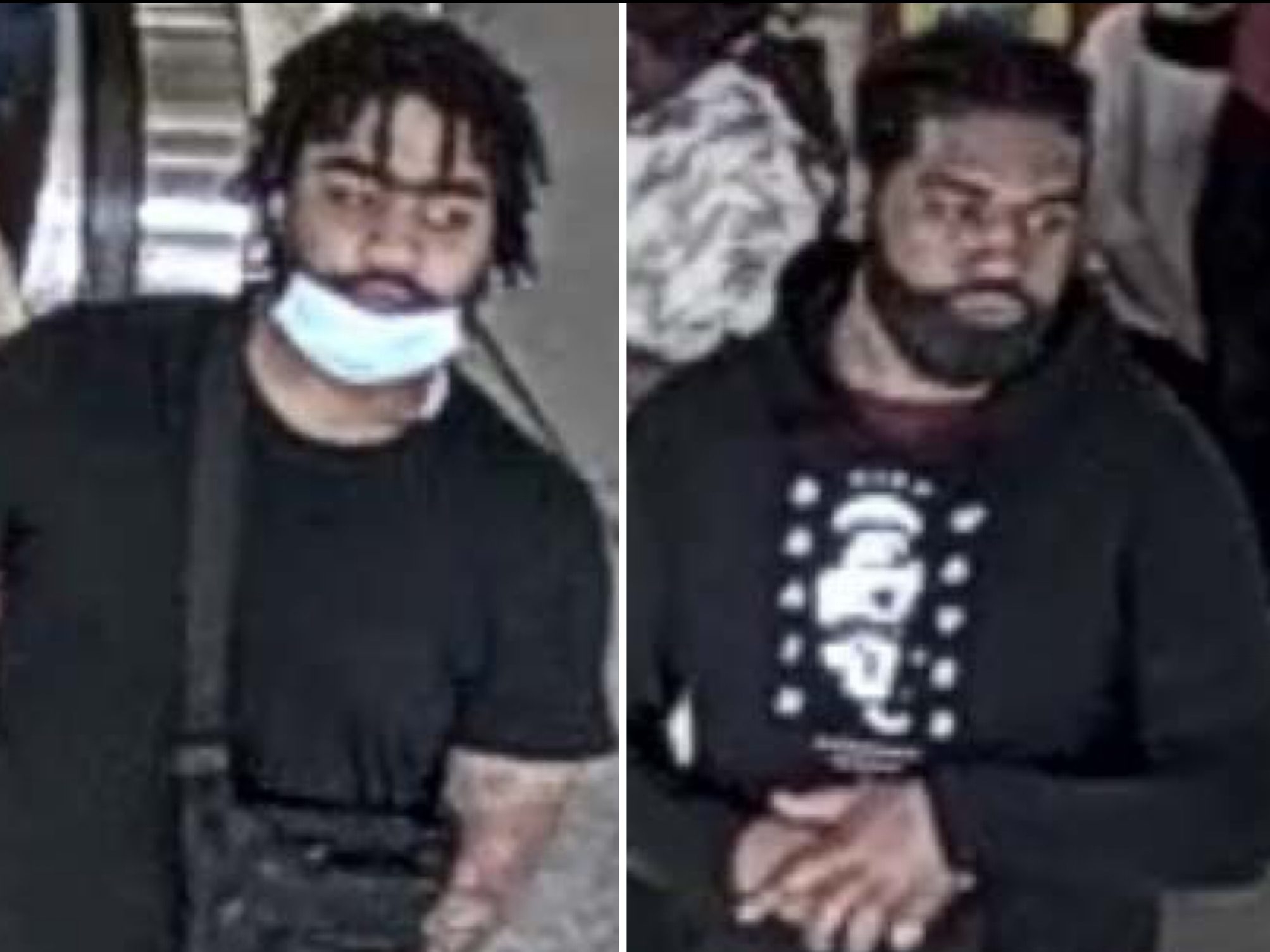 Two men are sought for attempted murder in a stabbing at the TTC’s Main St. station on Friday.

Toronto Police were called around 6:50 p.m. after a 23-year-old man exiting the station was chased back inside by two men who then stabbed him with a knife.

The victim fled the station but his attackers pursued him, continuing to stab him before running southbound towards Danforth Ave.

Cops said Monday that the victim  remains in critical condition in hospital.

Images of two suspects, both in their early 20s, have been released.

The first man is described as six-foot, with a lighter complexion, an athletic build, short dreadlocks, thick eyebrows, full black beard, and tattoos on his left and right forearms. He was wearing a black T-shirt, black cargo satchel, blue surgical mask, black jeans, and purple and black basketball shoes.

The second man has a darker complexion, and is six-foot with a medium build, large corn rows, and full black beard. He was wearing a black sweater with a large white front logo, dark grey shorts, and grey, purple and black basketball shoes.