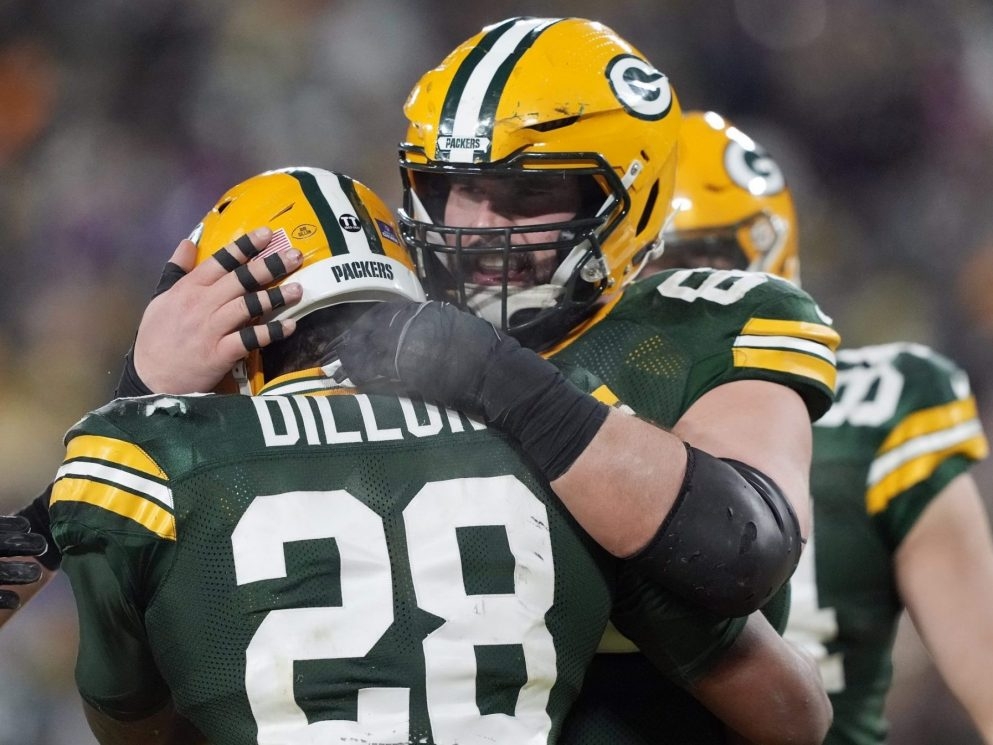 Aaron Rodgers completed 29 of 38 passes for 288 yards and two touchdowns, and the Green Bay Packers cruised to a 37-10 win over the Minnesota Vikings on Sunday night in Green Bay, Wis.

Davante Adams had 11 catches for 136 yards and a touchdown to lead the Packers. Allen Lazard had a receiving touchdown and AJ Dillon added two rushing touchdowns for Green Bay (13-3), which clinched the No. 1 seed, a first-round bye and home-field advantage during the NFC playoffs.

Sean Mannion completed 22 of 36 passes for 189 yards and a touchdown for Minnesota (7-9). Dalvin Cook was limited to just 13 yards on nine carries.

The Packers opened the game with 20 unanswered points before the Vikings notched a field goal before halftime.

Mason Crosby started the scoring with a 35-yard field goal early in the first quarter. That capped a nine-play, 58-yard drive.

Crosby connected again, this time from 36 yards, to make it 6-0 with 9:11 remaining in the second quarter.

Green Bay made it 13-0 with 4:11 left in the first half. Rodgers lofted a pass along the right side of the end zone to Lazard, who hauled it in for a 20-yard touchdown.

About three minutes later, the Packers made it 20-0 on an 11-yard touchdown pass from Rodgers to Adams. It was the 11th receiving touchdown of the season and the 73rd of his career for Adams, who has reached the Pro Bowl in five consecutive seasons.

Minnesota snapped the shutout on a 51-yard field goal by Greg Joseph at the end of the second quarter.

Green Bay held firm after the break, increasing its lead to 27-3 on Dillon’s 4-yard rushing touchdown with 9:28 left in the third quarter.

The Vikings recorded their first touchdown on a 14-yard pass from Mannion to K.J. Osborn with no time left in the third quarter. It was the first career touchdown pass for Mannion, 29, who made his third start since being selected from Oregon State by the then-St. Louis Rams in the third round of the 2015 draft.

Green Bay made it 37-10 on a 7-yard rushing touchdown by Dillon with 8:41 left in the fourth quarter.