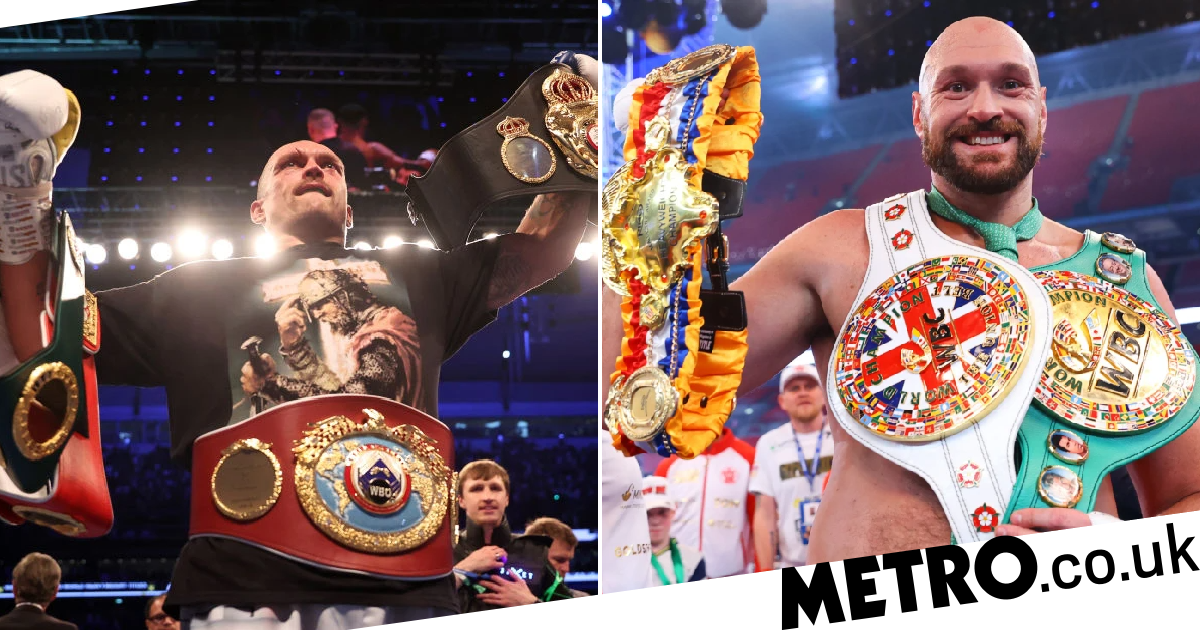 Oleksandr Usyk still sees fighting Tyson Fury for the undisputed heavyweight title as part of his ‘strategy’, according to the Ukrainian’s promoter Alexander Krassyuk.

Usyk is set to take on Anthony Joshua in their IBF, WBA and WBO title rematch in July after coming to London to outbox the Briton at the Tottenham Hotspur Stadium last September.

The winner would have been set to take on Fury later this year to crown the heavyweight division’s first undisputed champion since Lennox Lewis.

‘The Gypsy King’ insists however he is now retired and is adamant nothing will tempt him back – with the exception of exhibition fights against the likes of UFC heavyweight champion Francis Ngannou.

Usyk himself has expressed doubts over whether Fury will stick to his retirement vow – with his promoter Krassyuk insisting he is still in there plans.

‘We shouldn’t look too far ahead,’ Krassyuk told Sky Sports. ‘But the strategy is the strategy, it means the direction you have to go and this [facing Fury for undisputed] is exactly the direction.

Since knocking out Dillian Whyte at Wembley last month, Fury has insisted on multiple occasions that he is done with boxing.

Krassyuk suggests however Fury will follow in the footsteps of former champions Vitali and Wladimir Klitschko in making a return.

‘I don’t take it seriously,’ he said. ‘Once he is a 44-year-old who was tired of everything then it might be some sort of truth, but he is on top, the world loves him, the world supports him, his country stands behind him, we’ve seen so many times retirements with comebacks.

‘I remember Vitali Klitschko taking the decision to retire and then to come back in a few years, Wladimir Klitschko retired six years ago but he is still considering, still thinking, still talking about the possible chance to come back. I don’t think it’s very likely he retires.

‘You cannot trust what Tyson Fury says because today he says one thing and tomorrow he says the opposite, and next day he changes it half opposite.

‘He’s an entertainer so he says what the public wants to hear from him. Just imagine, he insists on retirement and people around him try to convince to come back and he says, ‘no, no, no’ and suddenly he makes the decision, ‘okay, I will come back’.

‘It’s all about the interest, all about the publicity. He’s a big entertainer. That might be what he really thinks at the moment but I’m not sure he will stay with this decision for a long time.’


MORE : Ricky Hatton: Canelo Alvarez now in similar position to Anthony Joshua after Dmitry Bivol loss but he can put it right