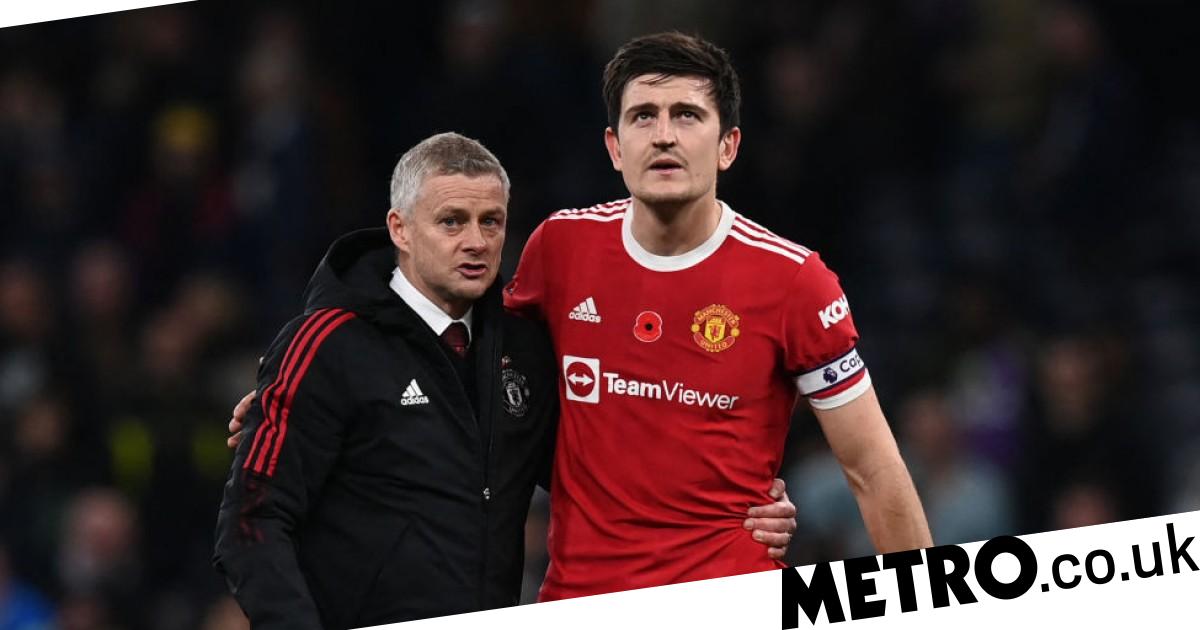 Ole Gunnar Solskjaer was struggling to keep his Manchester United squad happy by the end of his time in charge of the club, but his decision to promote Harry Maguire to captain had caused dessention in the ranks long before his sacking.

The Norwegian was dismissed on Sunday after the 4-1 thrashing at the hands of Watford at Vicarage Road on Saturday.

The shocking loss to the Hornets was United’s fifth in just 12 Premier League games and leaves them seventh in the table. Coming after humbling defeats to Liverpool and Manchester City, the United board were forced to remove the boss from his position.

Judging by their performance against Watford, and some comments after the match, players were no longer playing for the manager, and reports suggest Solskjaer had rubbed some up the wrong way a while ago.

Manchester Evening News reports that Maguire’s promotion to captain in January 2020 left some of his teammates resenting his swift rise to the position.

The centre-back arrived at the club in the summer of 2019 and was appointed captain at the start of 2020 after the departure of Ashley Young.

‘He’s come in and been a leader in the group,’ Solskjaer said at the time. ‘I’ve been, not surprised, but I’ve been impressed by his leadership skills, so Harry will keep on wearing the armband.’

MEN also report that Maguire’s ongoing selection despite some very ropy form this season has caused questions to be asked among the Manchester United squad.

As long ago as October 2020 when United were thrashed 6-1 at home by Tottenham, Bruno Fernandes and Nemanja Matic reportedly criticised Maguire at half time and it was the two midfielders who were eventually substituted.

Clearly close allies, even if it was to Solskjaer’s detriment, Maguire sent a message of thanks to the outgoing manager on Sunday.

‘You signed me for the best club in the world and gave me the biggest honour in football. Huge respect and forever grateful,’ Maguire tweeted.

‘Thankyou for everything boss. Legend.’