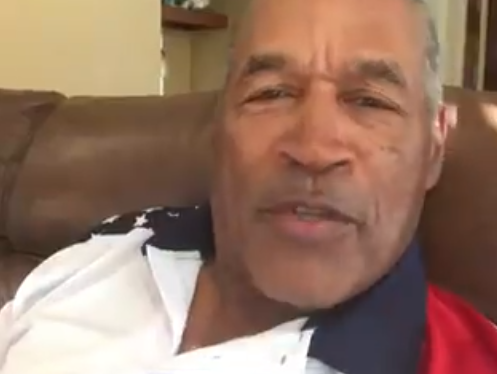 When it came to pleasing his cats, O.J. Simpson had nothing on Betty White .

The former football star and television personality, who was tried and acquitted in the 1994 murder of his wife and her friend, took to social media following the comedy legend’s death Friday and revealed that when the two were neighbours in Brentwood, Calif., his two felines — Bugsy and Sashi — would sometimes go missing, only to be found at White’s place, which was just around the corner.

“They were Abyssinians and if anybody had an Abyssinian you know they like to hunt,” Simpson said. “Normally, they’d be in my backyard going through a lot of drama with the mockingbirds in this willow tree of mine.”

One day, Simpson recalled, his family couldn’t find them and “everybody was upset.”

“We were making signs and putting pictures on them we were going to hang in the neighbourhood when we got a call,” he continued. “It was Betty White. She says, ‘O.J., are you looking for your kitten? He’s here at the house. So we went over there and she had him in her arms. We talked and she was so sweet.”

A few weeks later, before the Simpson clan knew he was missing, White called up to tell Simpson that Bugsy was at her house.

“What is it Betty, do you have catnip on your property? Why is this cat always coming over here?” the Hall of Fame running back asked.

A few months later, when Bugsy had disappeared again, Simpson headed straight over to White’s house. She hadn’t seen him and they got to talking when they heard a “meow.”

“Right there in the tree that bordered her property, there was Bugsy,” Simpson said. “I never understood what that was about. I guess she was right she’s so sweet that the cats just gravitate to her.”

The disgraced football star was acquitted by a jury in 1995 in the murders of his ex-wife Nicole Brown Simpson and her friend Ronald Goldman. But in 1997, he lost a civil wrongful death suit and the court filed a $33.5 million judgment against him