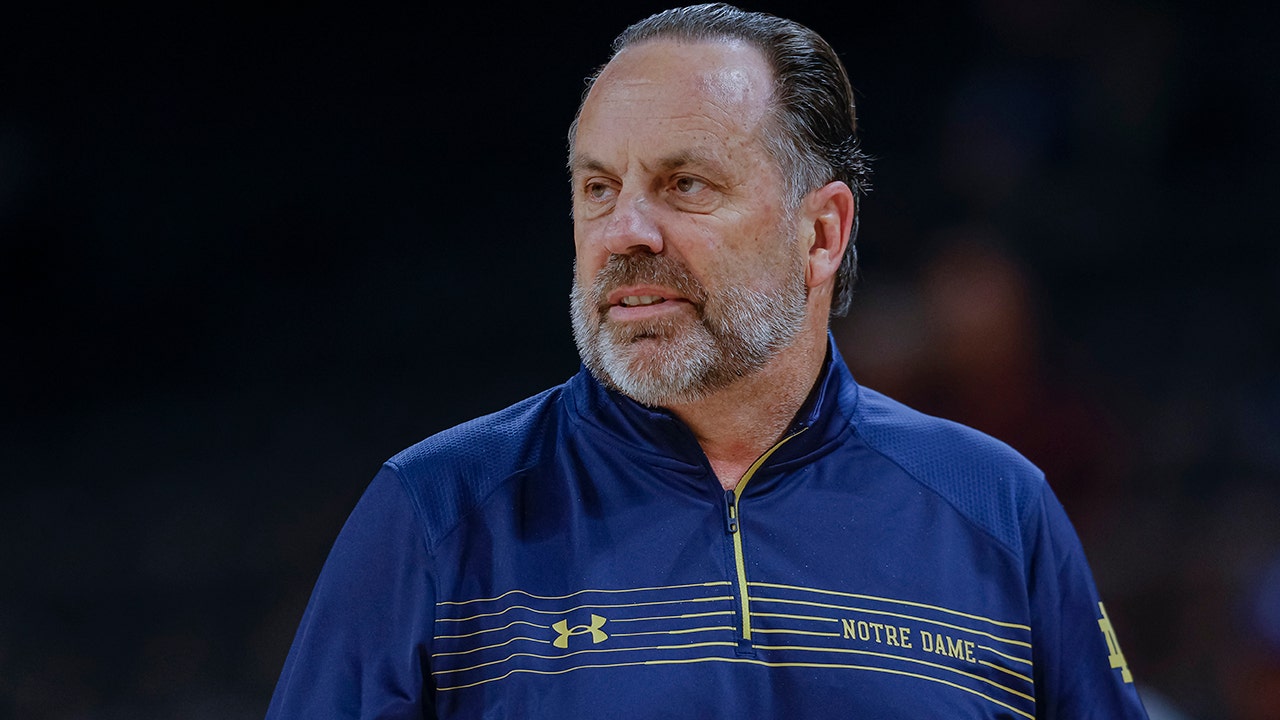 Notre Dame men’s basketball coach Mike Brey had poignant words for those against name, image and likeness (NIL) deals that have taken over the NCAA.

NIL deals and the influx of players using the transfer portal have had some coaches liken it to free agency in collegiate sports. But for Brey, coaches need to adjust to the times.

Notre Dame Head Coach Mike Brey reacts to a call in the first half as the University of Miami Hurricanes faced the Notre Dame University Fighting Irish on Feb. 2, 2022, at the Watsco Center in Coral Gables, Florida.
(Samuel Lewis/Icon Sportswire via Getty Images)

“I told a lot of young coaches when we were on the road in April, I said, we got to stop complaining. Like, this is the world we’re in. Last time I checked, you make pretty good money. So everybody should shut up and adjust,” Brey said at the ACC Spring Meetings on Tuesday, via the Charlotte Observer.

“You know, that’s just the world we’re in now. And you know, I’m not in it as long as the (Georgia Tech coach) Josh Pastners and some of these young guys. So good luck to y’all. I’ll be back in five years to see what’s up. Just remember, man, we’ve had it pretty good here. And it’s a great job. It’s high risk, high reward. But we all know what we signed up for.”

Brey has been the head coach of the Fighting Irish since the 2000-01 season.

On Monday, the NCAA’s Division I Board of Directors on Monday approved guidance developed by a group of college administrators clarifying the types of NIL payments and booster involvement should be considered recruiting violations.

Head coach Mike Brey of the Notre Dame Fighting Irish is seen during the game against the Texas A&amp;M Aggies at Michelob ULTRA Arena on Nov. 24, 2021 in Las Vegas, Nevada.
(Michael Hickey/Getty Images)

The new guidance is effective immediately, but the organization neither changed its rules nor created new ones. The NCAA directed enforcement staff to look for possible violations that may have occurred before May 9, 2022 but to “pursue only those actions that clearly are contrary to the published interim policy, including the most severe violations of recruiting rules or payment for athletics performance.”