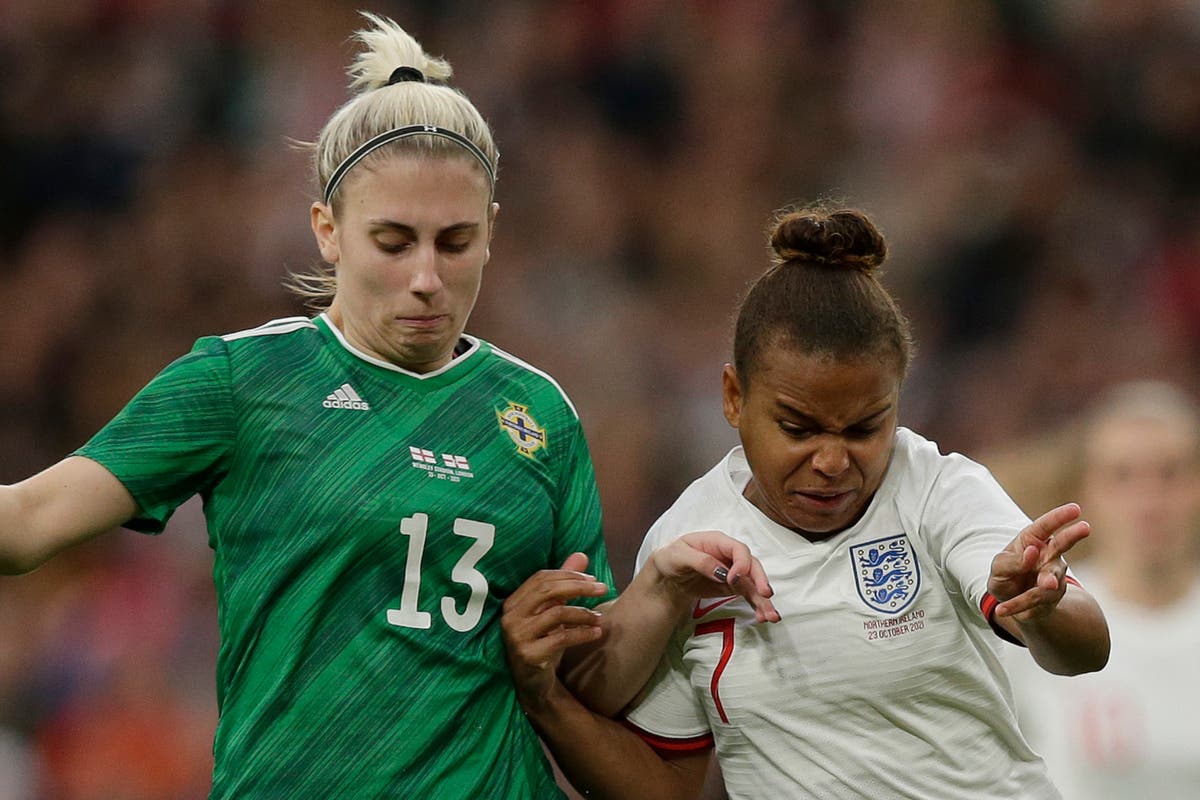 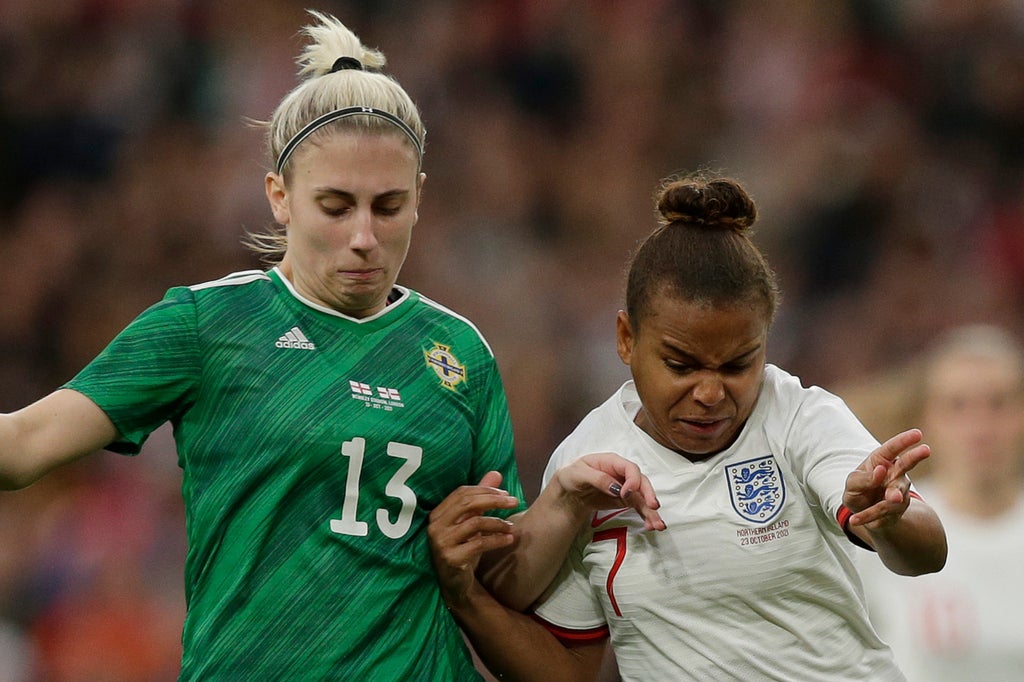 ngland are hoping to all but confirm their place at the Women’s World Cup by beating Northern Ireland on Tuesday night.

A sold-out Windsor Park will greet the two teams in Belfast as the hosts look to pull off the major upset required to get their qualification campaign back on track.

Austria claimed a 3-1 win over Northern Ireland on Friday to leave them adrfit of a top-two finish while England put ten goals past North Macedonia.

Yet to concede a goal or drop a point in Group D, the Lionesses know a win will leave them at least five points clear of the Austrians with two games to play – which includes a match-up with their closest rivals and the visit of Luxembourg.

Windsor Park in Belfast will host the match.

Where to watch Northern Ireland vs England

TV channel: The match will be televised on BBC Two, with coverage starting at 7.30pm.

Live stream: BBC will stream the match for free via their Sport and iPlayer websites.

Leah Williamson should return to captain England after sitting out the win in North Macedonia but the Lionesses are without Lotte Wubben-Moy (thigh) and Alex Greenwood (knee).

After a resounding win at Wembley, England have shown little signs of easing up and should get the better of a big backing for the hosts.

The two teams met twice last year, in a friendly which England won 6-0 and the reverse fixture in World Cup qualification which they won 4-0.