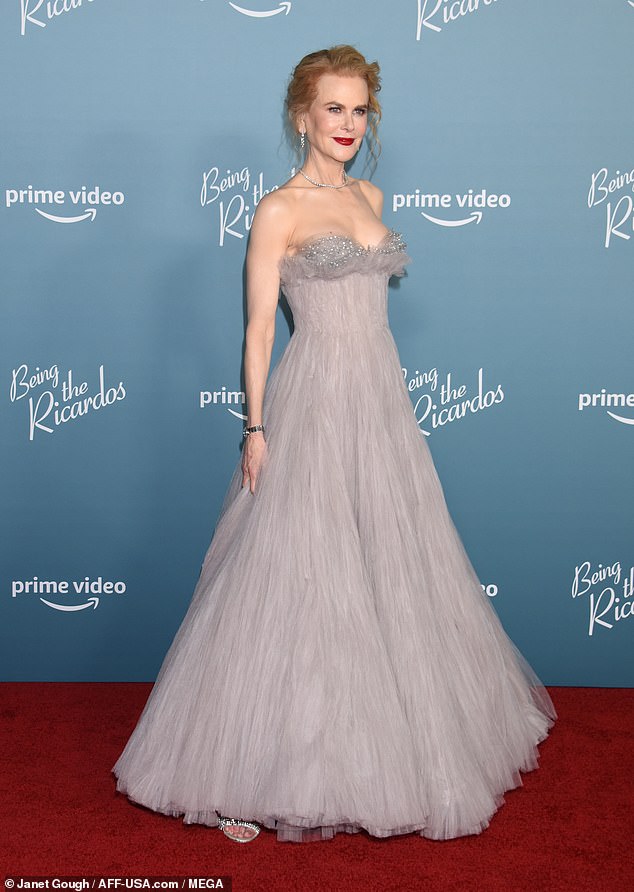 Nicole Kidman has revealed she was suffering with depression during her Oscar-winning turn as Virginia Woolf in The Hours.

The actress, 54, took on the role following her divorce from Tom Cruise in 2001 and admitted she became an ‘open vessel’ to the suicidal character’s thoughts.

The film depicted the famous author’s mental health struggles while writing Mrs Dalloway and also showed her suicide by drowning in the River Ouse in 1941 – a scene in which Nicole insisted on filming herself without a stunt double.

‘I was not in my own body’: Nicole Kidman has revealed she suffered depression playing suicidal Virginia Woolf after her divorce from Tom Cruise (pictured earlier this month)

Speaking to This Cultural Life on BBC Radio 4 about filming the scene, she said: ‘I don’t know if I ever thought of the danger, I think I was so in her.

‘I mean, I put the rocks in my pocket and walked into the river. Over and over again. I probably don’t consider danger enough.’

Reflecting on her own emotions at the time, Nicole added:  ‘I think I was in a place myself at that time that was removed, depressed, not in my own body.

‘So the idea of Virginia coming through me, I was pretty much an open vessel for it to happen. And I think Stephen [Daldry, the film’s director] was very delicate with me because he knew that.

‘I was open to understand it, which I think is probably the beauty of life as an actor.’ 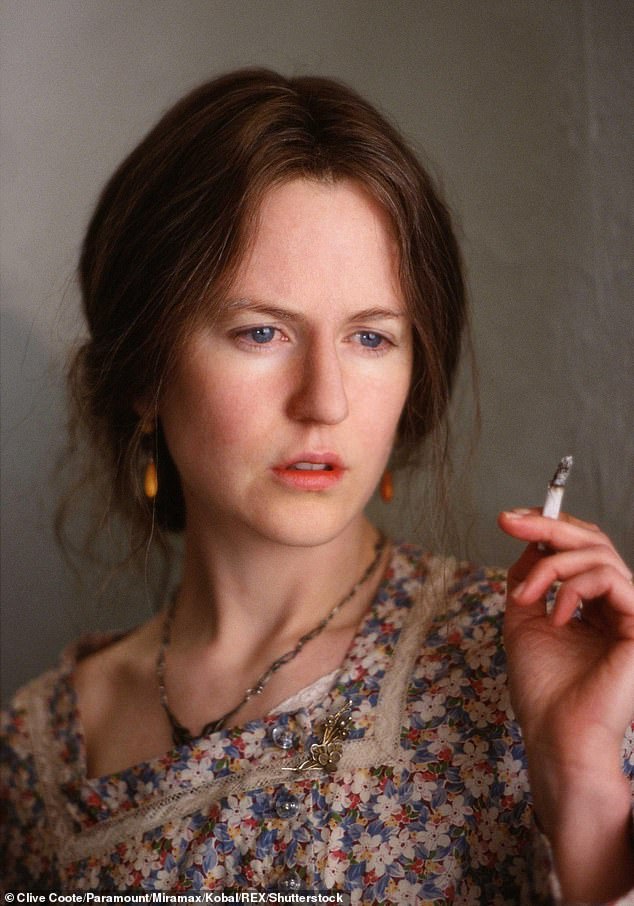 In character: The actress, 54, took on the role of Virginia Woolfe in 2002 following her divorce and admitted she became an ‘open vessel’ to the suicidal character’s thoughts

Detailing her mental health experiences, Nicole continued: ‘There’s a point where you’re like, oh, I have so many experiences now.

‘I’ve delved and traversed many different landscapes of mental health and loss and ideas and joy and raised birth and you know, life is what it is.

‘The other extraordinary thing I’m very aware of is I’m around and exposed to some of the greatest minds in the world. I’m the recipient of their focus.’ 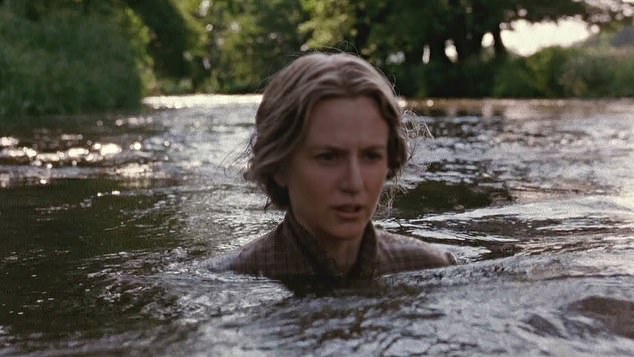 Powerful: The film depicted the famous author’s mental health struggles and showed her suicide by drowning in 1941 – a scene in which Nicole insisted on filming herself

‘I hope it still continues, but I value it. I don’t take any of that for granted and I know what it is. I try to stay in that place.

‘I definitely don’t want to shut down as I get older. I want to become rawer, and more open, more available and freer.’

Nicole filmed the role in 2002, a year after she split from Tom after 11 years of marriage and adopting two children, daughter Isabella now 29, and son, Connor, 26.

Reflecting on their split in a 2012 interview with Who magazine, Nicole admitted: ‘When it didn’t work out I had to really dig deep and find my way through depression. I have no regrets about all of it. It was all part of growing up.’

Nicole, who is now married to country singer Keith Urban and has two more children, explained that the depression also stemmed from her inability to conceive with Tom.

She revealed that she thought she would never have her own children after fertility treatment failed and she suffered miscarriages and an ectopic pregnancy.

Her biological daughter Sunday Rose was born in 2008. In 2010, the couple welcomed their second daughter, Faith Margaret, via gestational surrogacy. 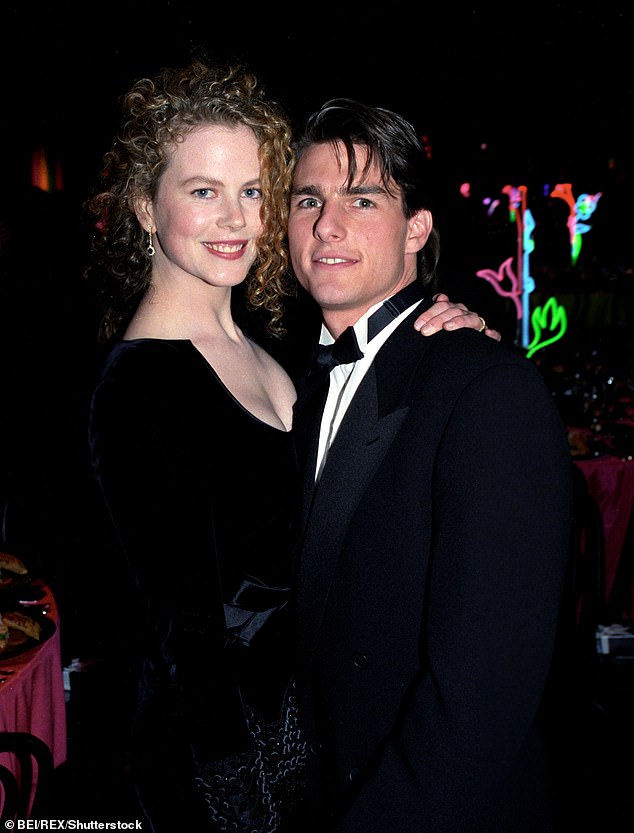 Exes: Nicole filmed the role in 2002, a year after she split from Tom after 11 years of marriage and adopting two children, daughter Isabella and son Connor (pictured in 1991)

Nicole said: ‘I had so much time thinking that wasn’t going to happen in my life and trying to understand that. When it did happen — and for it to be a surprise — that was great.

‘Every woman who has been through all those ups and downs knows the depression that comes with it.

‘So the way it just happened with Sunday was like, “What?” The percentages were so low. It is the miracle in my life.’

For confidential help and support with mental health problems in the UK contact Samaritans on 116 123. 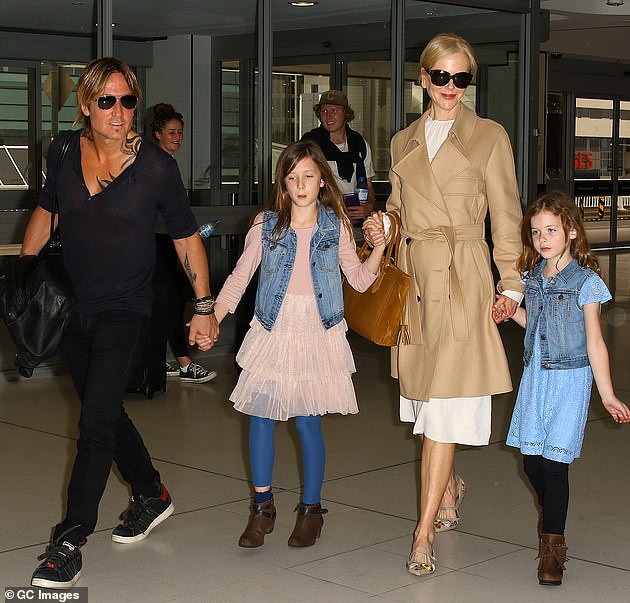 Happy: Nicole is now married to Keith Urban and has two more children (pictured together with daughters Sunday, 13, and Faith, 10 in March 2017)