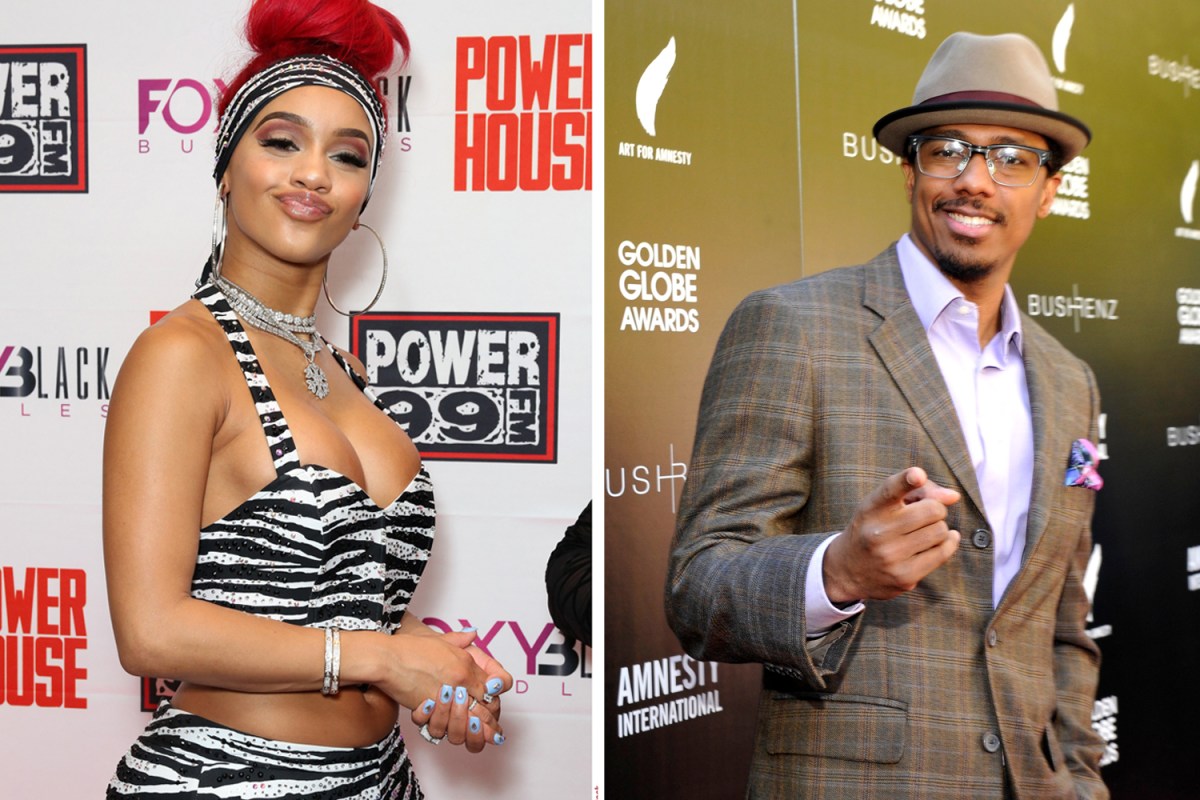 NICK Cannon was slammed by fans after he volunteered to have Saweetie’s babies following her admission that she “wants some.”

The Masked Singer host has already welcomed four kids with three different women in a year.

It all kicked off when the rapper, 28, took to Twitter to share a simple message: “I want some babies.”

However, Nick would soon respond with various emojis, including a thinking face and ninja, followed by a laughing face and a person raising their hand.”

Fans weren’t as amused, though, as they reacted in the comments section, with one person writing, “Lord, deliver us.”

Another added: “Not my girl,” as one chimed in, “Leave Saweetie alone!”

A user then reminded the TV star: “Aren’t you on your celibacy journey, sir?” and added, “chill.”

Nick is indeed attempting to be celibate, as he previously revealed he wants to remain that way until 2022.

The 41-year-old opened up to DJ EFN and N.O.R.E. during an episode of the podcast Drink Champs.

When the podcast co-hosts mentioned he would not follow through on his decision, Nick clapped back: “Nah y’all said I ain’t really. I’m saying I’m going in.”

Back in September, the Wild ‘n Out creator also told Entertainment Tonight that he was told to resort to celibacy by his therapist.

He told the outlet: “My therapist says I should be celibate. OK, give me a break bus. I’m [gonna] take a break from having kids.”

NICK AND HIS KIDS

Nick has been quite busy in the babies department for the last couple of years, as he shares his eldest kids, 10-year-old twins Morocco and Monroe, with his ex-wife Mariah Carey.

The actor also shares son Golden, four, and daughter Powerful, who he welcomed in December 2020, with Brittany Bell.

However, Nick has added to his clan the last couple of months, welcoming twins Zillion and Zion, with Abby De La Rosa, and son Zen with Alyssa Scott – a total of seven kids.

While Nick may have more children in the future, don’t expect him to ever get married again.

He once told T.I. on his podcast, expediTIously: “I believe that relationships and marriage are designed to please women. Once I stepped away from my marriage with Mariah, I knew I would never get married again…”

Nick continued: “… I knew I’d never be in a relationship again and that I’d never want to be married again. I respect a polyamorous situation…

“I got kids by different women and I want more kids but I don’t want to be responsible for no body else’s happiness.”

Aside from his expanding family, Nick is also dealing with his new daytime talk show, which hasn’t exactly received glowing reviews.