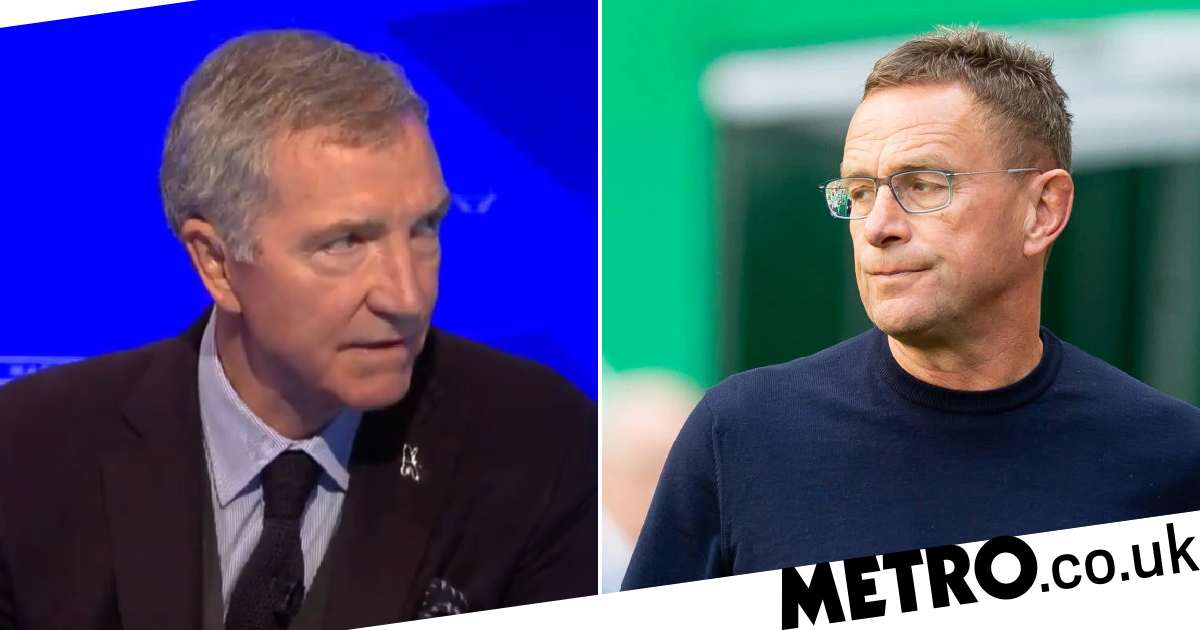 Liverpool legend Graeme Souness has criticised Manchester United’s decision to appoint Ralf Rangnick as interim manager and says the German isn’t right for the club ‘on any level’.

United confirmed this morning that Rangnick will take charge of the side for the remainder of the season before moving upstairs into a consultancy position.

Michael Carrick has taken control of the last two matches, beating Villarreal 2-0 on Tuesday before a 1-1 draw with Chelsea on Sunday.

Rangnick hopes to be in charge for Thursday’s clash against Arsenal but Souness has written off his chances before he’s even begun, claiming the German doesn’t have the experience of English football to turn United around.

‘I don’t get it, the man’s CV… you wouldn’t go wild it doesn’t jump out at you, he’s not been super successful,’ Souness told TalkSPORT.

‘He’s won just one trophy. His talent would appear to go into a football club and develope the structure for it to develope and improve over a five-to-ten year period. That’s not what Manchester United need right now, Manchester need it instantly – they need someone to make an impact now.

‘There’s a healthy group of players there now there’s no doubt about it the previous manager Ole didn’t get the best out of them, they’ve got more to give. That’s what you’re judged on.

‘Right now Man Utd have an under-performing group of players. Will this guy who has never been in the English Premier League be able to do that? I don’t think so.

The German will bring some of his own team with him but United hope the likes of Fletcher, Carrick and McKenna can learn from the German mastermind.

Rangnick will then be involved in picking his successor, with Mauricio Pochettino the club’s preferred choice.


MORE : ‘Welcome to the greatest club in the world’ – Gary Neville sends message to Ralf Rangnick after Manchester United appointment