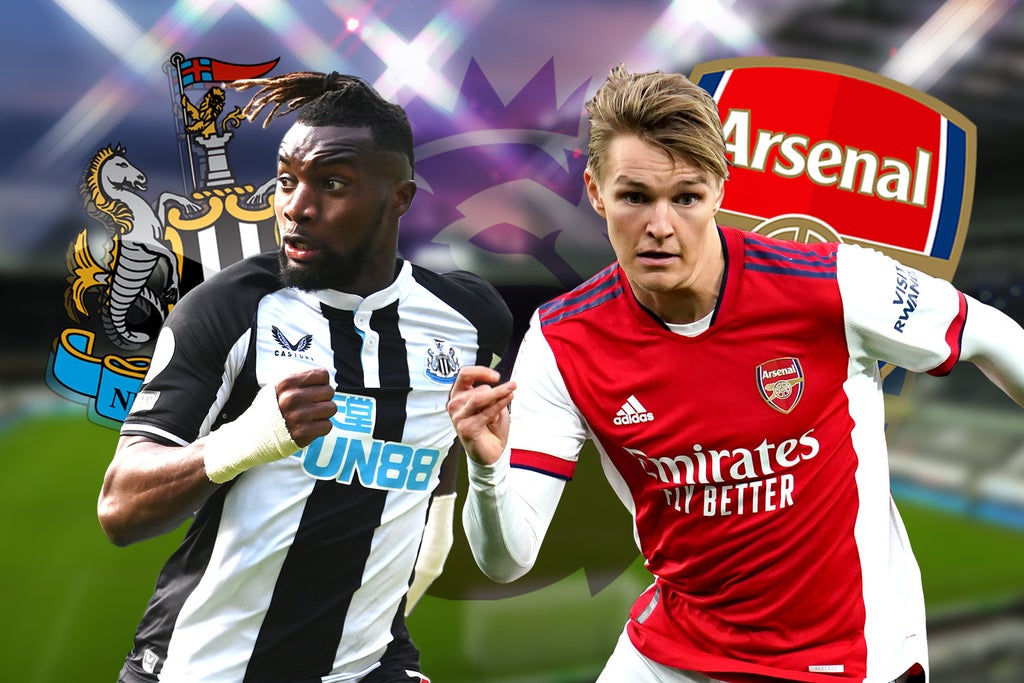 Mikel Arteta takes his side to Tyneside for one of the most decisive matches in Arsenal’s recent history.

The Gunners know that victories in each of their final two games, starting tonight, will guarantee them a place in the Champions League after five years away.

A disheartening defeat in the derby last week means this will be a huge test of Arteta and his players’ mettle, although they do have an excellent record against Newcastle in past seasons.

At one stage looking like shoe-ins for relegation, the Magpies have rescued their season and will finish in mid-table after back-to-back defeats against Liverpool and Manchester City of late.

Sky Sports will be airing this clash with kick-off at 8pm BST.

The warm-ups get underway

Mikel Arteta insists Arsenal are feeling “excitement, not pressure” ahead of their crunch game at Newcastle.

Arsenal have slipped below Tottenham into fifth place in the race for the Champions League after Spurs beat Burnley 1-0 on Sunday.

“It’s not pressure, it’s excitement and, and this is what we have built over the last few months,” said the manager.

Callum Wilson and Fabian Schar come into the Newcastle team which lost 5-0 to Manchester City a week ago, Chris Wood dropping out of the squad completely.

What a huge boost it is for Arsenal to have both Ben White and Gabriel starting at the back today.

The bench shows that Mikel Arteta didn’t exactly have many alternatives!

Nuno Tavares comes in at left-back, shifting Takehiro Tomiyasu to the right hand side with Emile Smith Rowe preferred to Gabriel Martinelli on the wing.

The Newcastle line-up this evening

How the Gunners line up

Team news in the next ten minutes…

What Mikel Arteta said about Gabriel and Ben White

“We will know probably more [on Sunday], so we wanted to extend this period as much as possible to understand how they [Gabriel and White] are recovering, how they are feeling, assess them and tomorrow probably we will know more about how they are.

“Tomorrow will be the day we will have better answers, probably not the answers that we want until matchday, but hopefully better answers.”