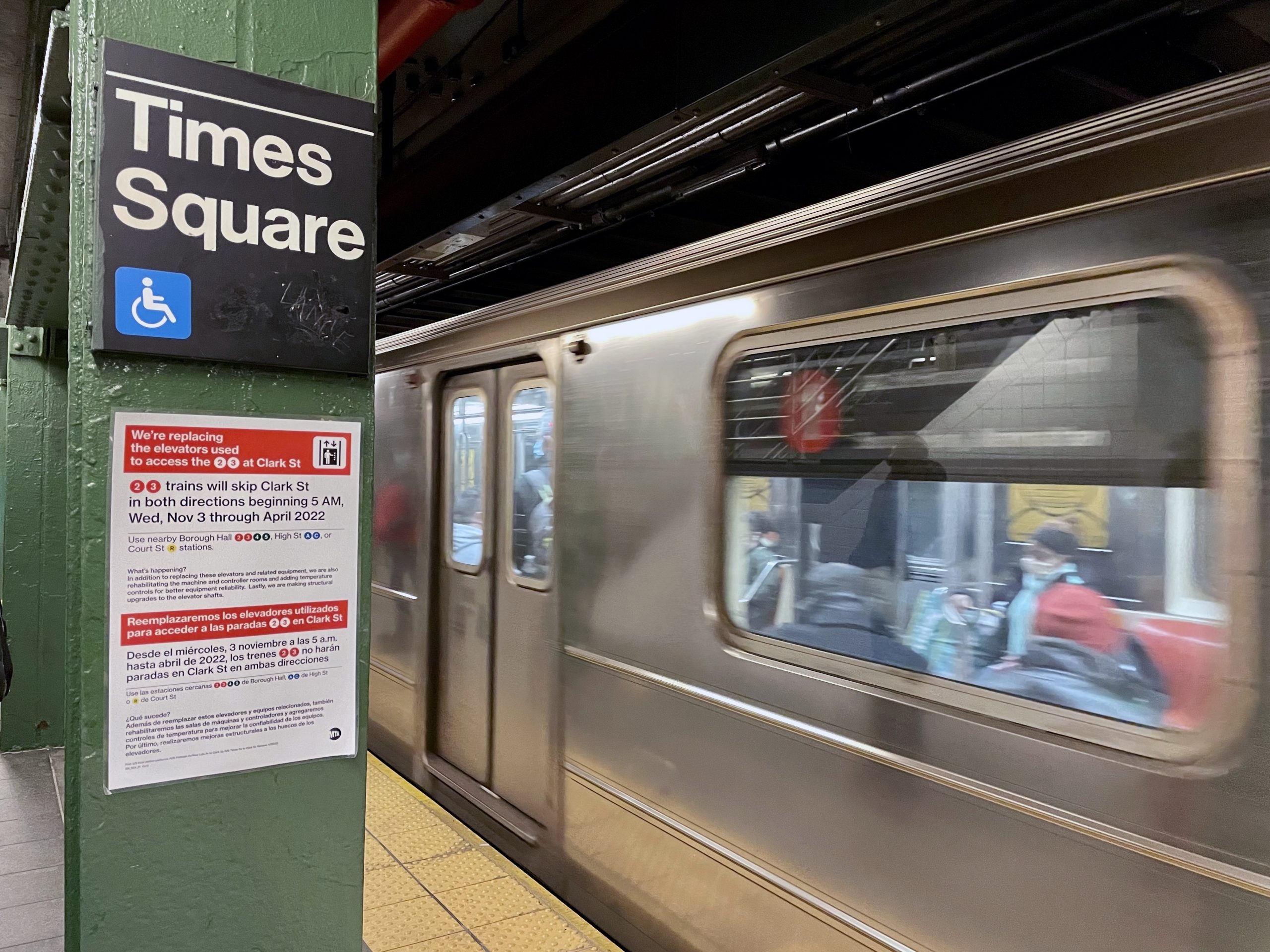 Some people like to get away and take a holiday from the neighbourhood.

While you might not be able to take — at least from Canada — a Greyhound bus on the Hudson River Line, you can still have a New York state of mind.

And while you check out all the New York staples in Manhattan such as Times Square and the Empire State Building, to get the true, authentic feel of the city, it’s best to get a MetroCard, hop on the 7, and venture into Queens.

One can simply get off the subway and travel by foot underneath the viaduct that runs above Roosevelt Avenue to soak in the multiculturalism of the borough.

According to Rob MacKay, director of public relations, marketing and tourism for the Queens Economic Development Corporation, “there’s a little bit of everything” in Queens.

“Around here (with the restaurants), a guy grew up on the Greek island and came to New York and the only thing he knows how to do is make Greek food,” MacKay said of the dining diversity in Queens. “It’s really authentic eating. They cater to the immigration population.”

Established in 1683 as one of the then original 12 counties in the Province of New York, Queens became a borough during the 1898 consolidation of New York City. Queens is home to N.Y.C.’s two main airports, John F. Kennedy and LaGuardia, along with sporting venues Billie Jean King National Tennis Center (home of the U.S. Open) and Citi Field (ballpark of the New York Mets).

MacKay noted the area has gone through gentrification in the past two decades, with many businesses and a wide range of apartment buildings popping up in the various communities.

To fully understand what Queens is all about, he suggests spending an extra day in New York to explore the different neighbourhoods. It’s “a lot of fun.”

What were once Irish-settled neighbourhoods in Queens have completely changed, MacKay said, replaced with largely Filipino and Latino communities, and “that’s where the diversity begins.”

“There’s Mexican, Korean. There’s Rico Pan (bakery in Flushing), a really good Colombian restaurant next to a Peruvian one,” he said. “It just goes on and on and on.”

One great stop is Phayul Restaurant in Jackson Heights, where one can indulge in momo, Tibetan dumplings. These tasty treats are available in chicken, beef or veggie, and can be served boiled or fried.

Upon stepping foot on the grounds of the 9/11 Memorial and Museum (911memorial.org) and taking in the two large reflection pools where the Twin Towers once stood, one can’t help but have a sobering experience as time stands still with contemplation.

The museum itself is a time capsule of everything that encompasses the attacks on the World Trade Center, the Pentagon and Flight 91.

The best way to take in the full experience of the museum is by downloading its app and going on a self-guided audio tour, which is narrated by Robert De Niro, who also recalls his life during 9/11. It’s an enlightening experience to soak in history at your own pace.

THE HIGH LINE — Where trains once travelled is now a haven for pedestrian traffic and green space.

For those who like to explore New York City by foot, The High Line (thehighline.org) is an elevated park and trail that stretches 2.33 kilometres on the west side of Manhattan. During the spring and summer months, the High Line also connects its users with food vendors at the Chelsea Market Passage and at 30th Street.

WHITNEY MUSEUM OF AMERICAN ART — This place is an oasis of contemporary art.

The Whitney Museum of American Art (whitney.org) highlights 20th-century contemporary art with a strong emphasis on living artists. The museum is located between the High Line and Hudson River in a building designed by architect Rezno Piano.

The museum’s most well-known exhibit is the Biennial — the longest-running survey of American Art. This year’s Biennial runs until Sept. 5 is the eighth edition and features the work of 63 artists and collectives.

LOUIS ARMSTRONG HOUSE — Ever wanted to know what life was really like for jazz great Louis Armstrong?

Nestled on a side street in the Corona neighbourhood is the home Armstrong shared with his last wife, Lucille. The musician lived in this cozy residence up until his death, and the now historically-designated building is preserved as a museum that celebrates his life (louisarmstronghouse.org).

Consider it the Graceland for jazz musicians. The interior retains the look of Armstrong’s career prime, complete with a lavish all-mirrored bathroom, a futuristic teal-coloured kitchen, and an office with his personal notes and recording reels.

SUMMIT ONE VANDERBILT — This is a place where you will feel like you’re on top of the world.

If you thought the Empire State Building had a great view of N.Y.C., Summer One Vanderbilt (summitov.com) trumps that and then some.

Located on the top three floors of One Vanderbilt, the view of the city is combined with a fully immersive art experience via mirrored rooms and glass boxes. The stunning views and interactive experiences make for the perfect photo op or selfie.

If you’re not afraid of heights (or glass elevators and floors), then this attraction is a must-visit while in New York.

BROADWAY — You can’t visit New York City without taking in a show on Broadway.

There are currently more than 20 productions on stage at various venues. Among the popular shows are Tina: The Tina Turner Musical, Moulin Rouge! The Musical, Harry Potter and the Cursed Child and Wicked.

While you may only be familiar with Dear Evan Hansen from the feature film, nothing beats the original stage production, which is currently showing at the Music Box Theater.

A story about a teenage boy that wasn’t meant to be seen by all, Dear Evan Hansen is a raw and personal musical about life and the way we live it. It’s a must-see.

EQUINOX HOTEL — When in New York, why not stay in the lap of luxury?

Located in Stockton Yards, the Equinox Hotel (equinox-hotels.com/nyc) may quite possibly be the poshest accommodation in N.Y.C. With wellness in mind, rooms are designed to ensure each guest is well rested so they reach their maximum potential while in New York.

The hotel also offers a restaurant with a menu featuring fresh local produce, an on-site luxury spa for those looking to get pampered, and a state-of-the-art fitness facility.

PARK LANE HOTEL — Being central is key when staying in Manhattan.

If you’re a sightseer, the Park Lane Hotel (parklanenewyork.com) is a great place to stay while in N.Y.C. Located across from the southern point of Central Park, the recently renovated hotel mixes modern and classic designs and features that are a tribute to the city’s past and present.

The Park Lane is within walking distance of many of the city’s popular tourist attractions including Times Square, Broadway, the Empire State Building and Rockefeller Center, to name a few.  If you don’t want to travel far to have a good time, the hotel has three in-house establishments — Rose Lane, Harry’s New York Bar and Darling — that will tickle your culinary fancy.

For more ideas and to plan a trip, visit the NYC & Company website at nycgo.com.