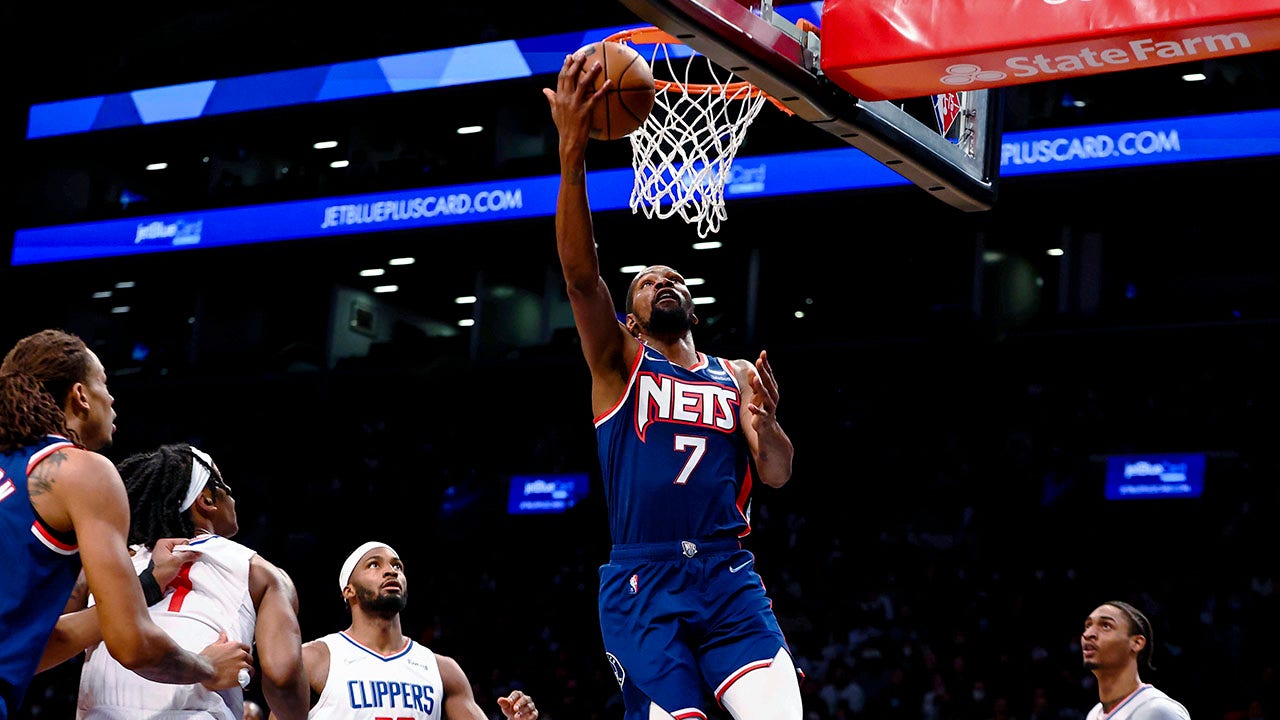 The NBA has rescheduled all 11 games that were postponed in December for virus-related reasons and either shifted the times or dates of 10 other games to help accommodate those changes.

Toronto had six games affected, Chicago had five and Brooklyn had four. In all, 18 of the league’s 30 teams had at least one game date changed by the postponements or future adjustments, all of which were revealed Monday.

There are now seven teams that have at least one stint of playing four games in five nights: Chicago, Toronto, Brooklyn, Cleveland, Miami, New Orleans and Denver. The original NBA schedule didn’t call for any such stretches, though it was unavoidable with the changes.

“The objective and priority here was to avoid teams playing three games in three nights and look for a middle-ground approach,” said Evan Wasch, an NBA vice president who helps oversee the league’s scheduling.

The Nets — who couldn’t play at Portland last month because they were missing nearly a dozen players with virus-related issues — have a most unusual schedule coming next week.

Brooklyn plays Sunday against San Antonio at home — then will fly across the country to play the rescheduled game at Portland the next day, Jan. 10. The Nets then come back East and visit Chicago on Jan. 12.

To help with the demands of that Portland trip, the NBA moved Sunday’s Spurs-at-Nets game to noon Eastern. The teams had been scheduled to play a night game, but now the Nets should be in Portland by late Sunday night.

There were a couple other options for that Nets-Blazers game, Wasch said, but having it played Jan. 10 was the best for everyone involved.

“The main reason to release these now is because we wanted to make sure that teams had at least one week’s notice on any postponements, from a travel perspective, basketball planning, business, ticket sales, all those things,” Wasch said. “It made sense to do it now.”

Simply plugging the postponed games back into the calendar could have been done, Wasch said, but moving other games opened more possibilities and avoided the dreaded three-game, three-night stints.

Among the other changes: the anticipated return of former Raptors guard Kyle Lowry to Toronto. It was scheduled for Feb. 3 and now will happen on Feb. 1, when Miami is now slated to make its first appearance there this season. It’s still unclear if fans will be at that game; officials in Ontario have limited attendance to 1,000 in the Raptors’ home arena.

And the All-Star break for Brooklyn and Washington got one day shorter, with the league rescheduling a postponed Wizards-at-Nets game to Feb. 17. Both teams were originally slated to play their pre-All-Star finales a day earlier.

The NBA had just under 90 players known to be in the health and safety protocols related to the coronavirus Monday afternoon, a significant drop from the middle of last week when the list peaked at 125 players. There are also dozens of head coaches, assistant coaches and team staffers in the protocols.

“We think we’re sort of over the hump in terms of the meat of the postponements,” Wasch said “Hopefully, knock on wood, we won’t have any. But we certainly don’t expect another rash of them like we had, and so we thought it made sense to now put those 11 games back on the schedule.”

The postponed game changes, listed in order of the original schedule:

— New Orleans at Philadelphia, scheduled for Dec. 19, will be played Jan. 25.

— Cleveland at Atlanta, scheduled for Dec. 19, will be played March 31.

— Orlando at Toronto, scheduled for Dec. 20, will be played March 4.

— Golden State at Denver, scheduled for Dec. 30, will be played March 7.

— Chicago at Atlanta, scheduled for Jan. 24, will be played March 3.