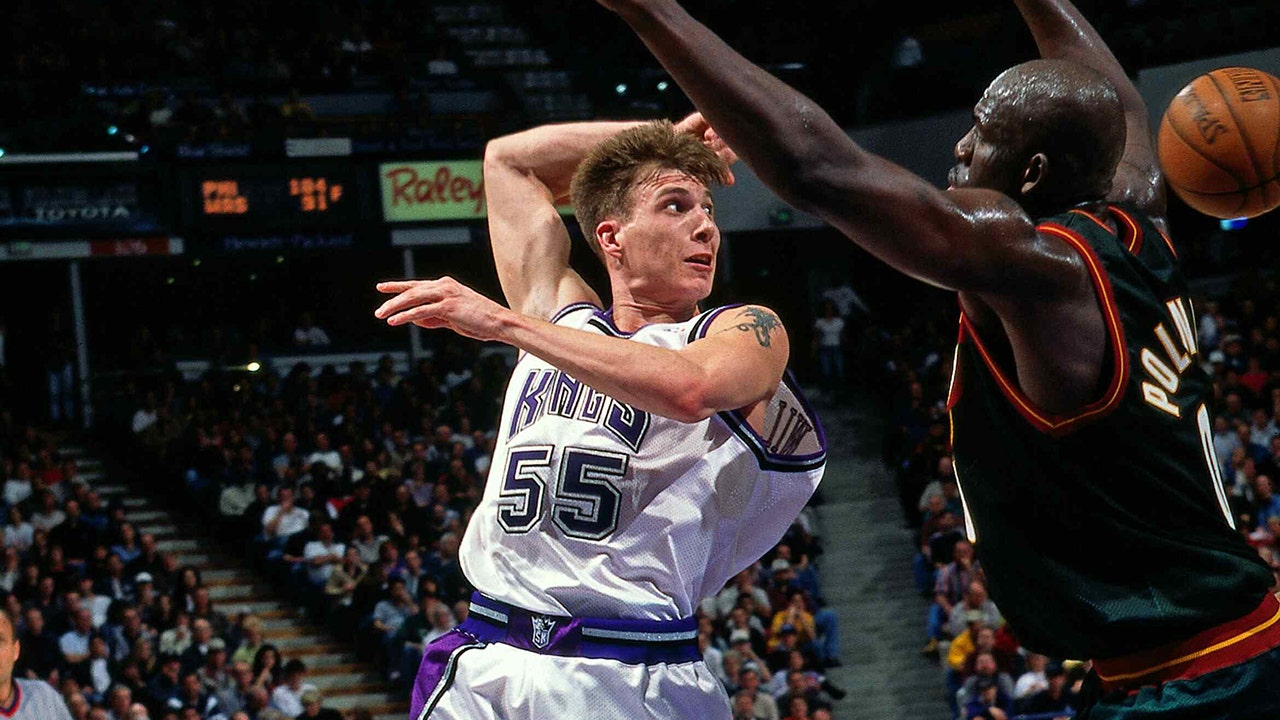 Jason Williams was one of the most electric point guards in the NBA with his flashy passes, incredible dribbling ability and his always-on-the-go mentality.

With March Madness in full swing, the former Sacramento Kings and Memphis Grizzlies star is encouraging college athletes to take a pause. Williams teamed up with Powerade for the company’s “Pause is Power” campaign and has been seen in commercials with former teammate Chris Webber and Olympic great Simone Biles, among others, to encourage young competitors to take the occasional break.

Jason Williams #55 of the Sacramento Kings passes against Rasho Nesterovic #8 of the Minnesota Timberwolves during the 1999 Japan Games at the Tokyo Dome in Tokyo, Japan.
(David Sherman/NBAE via Getty Images)

Williams, who played at Marshall and Florida before jumping to the pros and played in the NBA from 1999 to 2011, told Fox News Digital he wished he would have taken the time to slow down during his playing career.

“I’m not so sure there were pauses. … I didn’t really address or look for reasons to take a pause. I wish I would have at some point in my career. There were definitely times I should’ve taken a pause and come back a better person. But nowadays, with the mental part of sports, I think everybody is just so infatuated with winning and being successful,” he said. “I think sometimes when you fail at sports, that’s a success. But some people just need to take a step back, take a pause and look at those different avenues in sports.”

Williams suggested the focus on winning at all times could be something hampering athletes.

“I think it’s important, probably a little bit more so for athletes, but really the whole human race just needs to take a step back,” he told Fox News Digital. “I think everybody, especially in the sports world, is so committed to winning. It’s all about winning and if you don’t win it’s a failure, which I think is a complete misconception. I think when things aren’t going your way and you just take a step back and look at things … you know there might be different avenues you can take on this event or whatever. So, pause is power and just take a step back and come back the next day a better person.”

College athletes are encouraged to sign up for Powerade’s contest – a chance to win $10,000 and take the summer to really relax and recharge.

In Powerade’s commercial, which has been broadcast across March Madness coverage, Williams can be seen on the basketball court with Webber. However, Williams told Fox News Digital the two don’t get to the court as often as he would like.

“Man, I wish I could tell you once a week. But he’s in Michigan. I’m in Florida. I’m not so sure how much he plays any more but I think we’re at the point of our lives where we’re trying to get a tee time on the golf course as opposed to 5-on-5,” he said.

Jason Williams #55 of the Sacramento Kings makes a pass against the Seattle Supersonics during the NBA game circa 1999 in Sacramento, California.
(Rocky Widner/NBAE via Getty Images)

The Kings selected Williams with the No. 7 overall pick in the 1998 draft. He would play with the Grizzlies, Miami Heat and Orlando Magic before retiring from the league following the 2010-11 season. He was on the Heat for their championship-winning 2005-06 season.