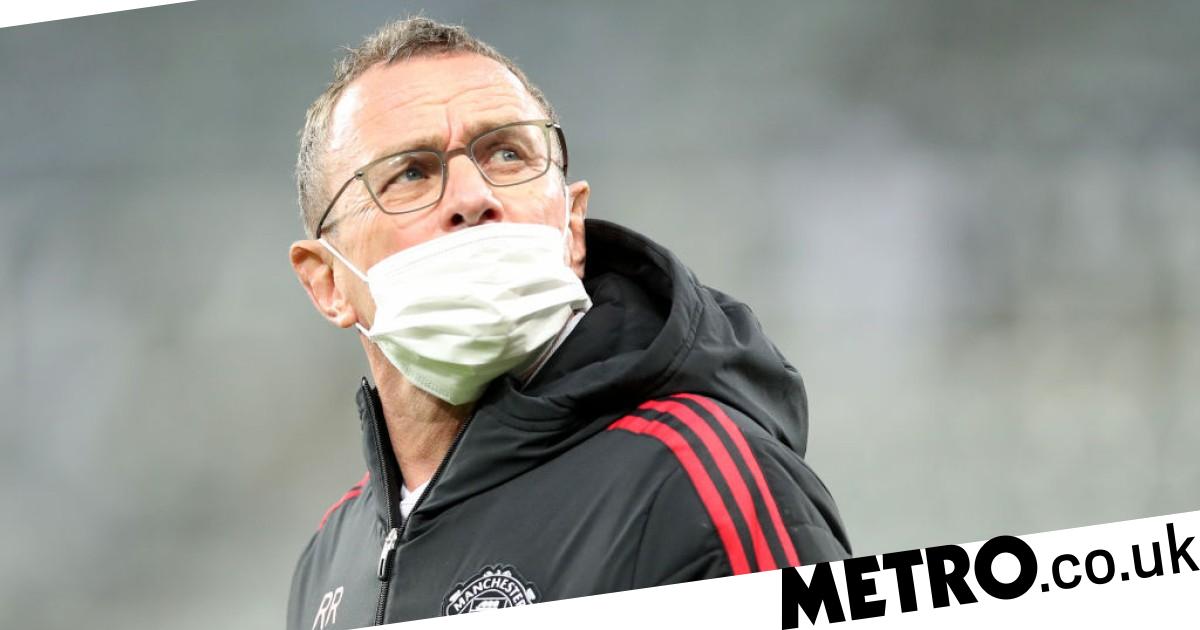 Ralf Rangnick faces a battle to improve the morale around Manchester United with the squad already struggling with one of his changes to their training routine, according to reports.

The Red Devils were rather fortunate to leave Newcastle with a point on Monday night having given a disjointed and lethargic display, with the performance entirely lacking the pressing and intensity Rangnick’s sides are noted for.

Just as concerning was the reactions of a number of key players, notably Bruno Fernandes and Cristiano Ronaldo, with Gary Neville slamming their ‘whinging’ antics.

While United had hoped Rangnick’s appointment would galvanise and focus the squad, The Daily Mail claims the mood around the club remains in a bad way.

The players are said to be ‘very low’ and there are concerns that cliques are developing among certain groups which is fracturing the dressing room.

This has only been made worse by a recent upgrade to the canteen which has seen six four-seater booths installed, further intensifying the divisions.

The squad are also struggling to adjust to Rangnick’s decision to move training sessions to late afternoon, which has not gone down particularly well so far.

United’s players are used to getting to Carrington in the morning, with training around midday, but on Tuesday the players did not leave until 5pm by which time it was already dark.

There is a feeling that things just aren’t clicking at United under the new manager, while Ronaldo’s lack of chemistry with certain teammates – namely Mason Greenwood – remains an issue.

Harry Maguire is also said to have become more ‘subdued’ in his role as skipper following the Portuguese superstar’s return to Old Trafford.

United have the opportunity to get their pursuit of a top-four berth back on track on Thursday evening when they host Burnley, though it is clear Rangnick faces an enormous task to make the team harmonious once again – on and off the pitch.