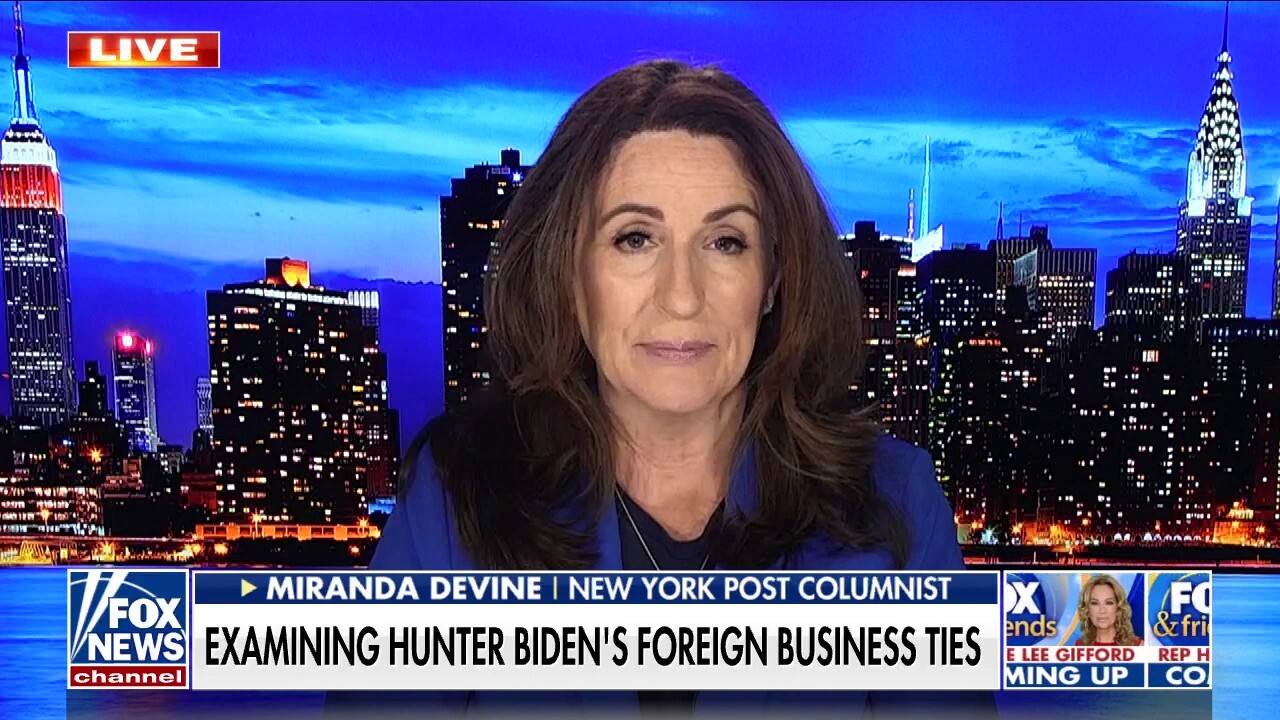 MIRANDA DEVINE: Well, obviously that looks as if Joe Biden is participating financially in this basically influence-peddling scheme that was global, it went global when Joe Biden became vice president. And look, it’s not just that email, although that email does tell you a lot. It’s also just the miles of evidence that’s on the laptop, but not just on the laptop. It’s from six hours of interviews that Tony Bobulinski did with the FBI. He’s Hunter Biden’s former business partner, and it’s also the sort of trove of financial information that Republican Senators Chuck Grassley and Ron Johnson have uncovered from the Treasury Department. So there’s a lot of evidence that not only did Joe Biden meet multiple of Hunter Biden’s overseas business partners when he was vice president, but he also was involved financially with Hunter, and he and Hunter had co-mingled finances. They had shared bank accounts. And there is some evidence on the laptop that Hunter Biden was paying some of his father’s bills.