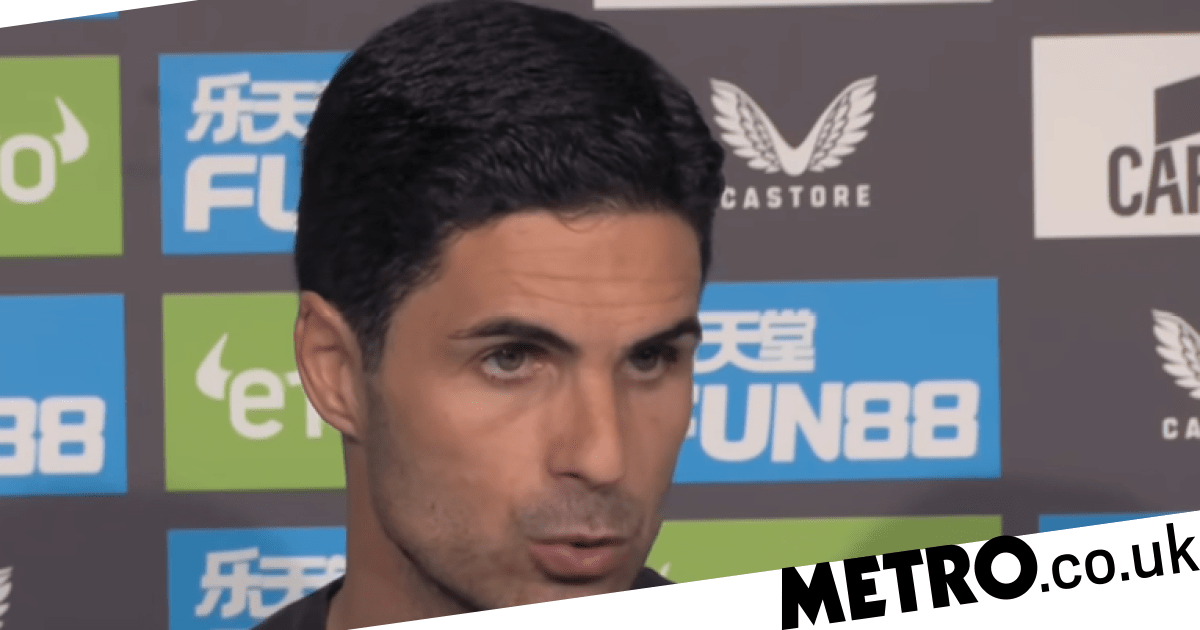 Mikel Arteta has defended Arsenal’s gamble not to sign a single player in the January transfer window after his threadbare squad suffered a near terminal blow to their Champions League qualification hopes on Monday.

The Gunners went into last week’s north London derby four points ahead of Tottenham, but now need a miracle if they are to overtake Antonio Conte’s side on the final day of the season following consecutive defeats.

Arsenal had no answers to Newcastle’s tenacity and ingenuity at St James’ Park last night, where the eventual 2-0 scoreline hardly reflected the dominance of Eddie Howe’s team who continued their own impressive recent form.

Ultimately, Arsenal appear to have paid the price for failing to invest in their squad over the course of the January transfer window, during which they also offloaded the likes of Pierre-Emerick Aubaemyang, Calum Chambers, Pablo Mari and Ainsley Maitland-Niles.

By contrast, Spurs added Juventus duo Rodrigo Bentacur and Dejan Kulusevski who have both been central to their improvement since the turn of the year while, ironically, Newcastle’s second goal last night was scored by Bruno Guimaraes, a player linked with Arsenal in January.

Pressed on the significance of not signing anyone when the opportunity was there, Arteta said in his post match press conference: ‘We have done what we can, and with what we were allowed to do, what we could do and the resources we had from the start of the season.

‘It’s a really tough night,’ the Arsenal manager added when asked to assess a defeat which could have far reaching consequences.

‘Normally, I can sit here and I can defend, but what we’ve done today, it’s not easy.

‘Newcastle were one hundred times better than us in every department from the beginning to the end and it’s hard to accept to accept. But you have to accept it and that’s the reality of what happened today on that pitch.

‘We knew [what was at stake], but we didn’t cope with it. We didn’t compete, we never got into the game, we put ourselves in trouble time after time, we lost every duel. Every aspect of the game we were second best and Newcastle totally deserved to win the match, probably by a bigger margin as well.’