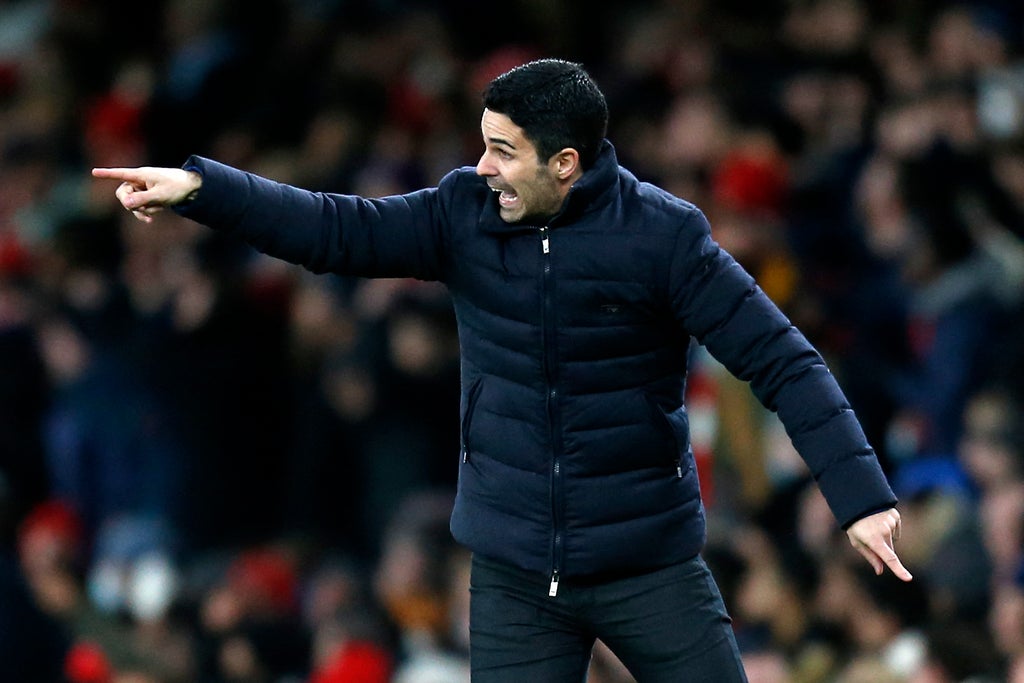 The Gunners were beaten 2-0 by Liverpool in the second leg of their semi-final, with Diogo Jota scoring in either half. Arsenal were well beaten by Liverpool and they struggled to create much on a night where Thomas Partey was also sent off.

And asked if it showed how Arsenal still have progress to make before they can go toe to toe with teams like Liverpool, Arteta said: “Yeah because you need to have a squad of 20, 22 top outfield players and to do that, it takes time.

“I am extremely proud of how our supporters have tried to help the team. The momentum that we have created, because I know what those players have done to play tonight.

“Five or six of them haven’t had any training sessions and they were still willing to compete, and the way they competed against this team, in my opinion is remarkable. I will try to use that in a positive way and use it towards Sunday.

“I am very disappointed because when you have the final there, one game away, you have a level of excitement and you’re really looking forward to it.

“We did everything we could to put a competitive team out and I think we had our moments in the game against a top side.”

Arsenal face a midfield crisis against Burnley on Sunday as they are once again light on midfielders following Partey’s red card. It was the 14th sending off since Arteta was appointed in December 2019.

“Obviously it is again a big loss and we have to learn from that,” he said.

“We played the last three games with 10 men and against those top sides you cannot do that because you are completely exposed.

“It is difficult enough to beat them, and with 10 men it becomes a real challenge and it is not what we need for sure with the amount of players out, not to have him.

“We have to eradicate that completely if we want to be competitive and to be winning football matches, and have good sequence of matches again, we have to stay playing with 11.”