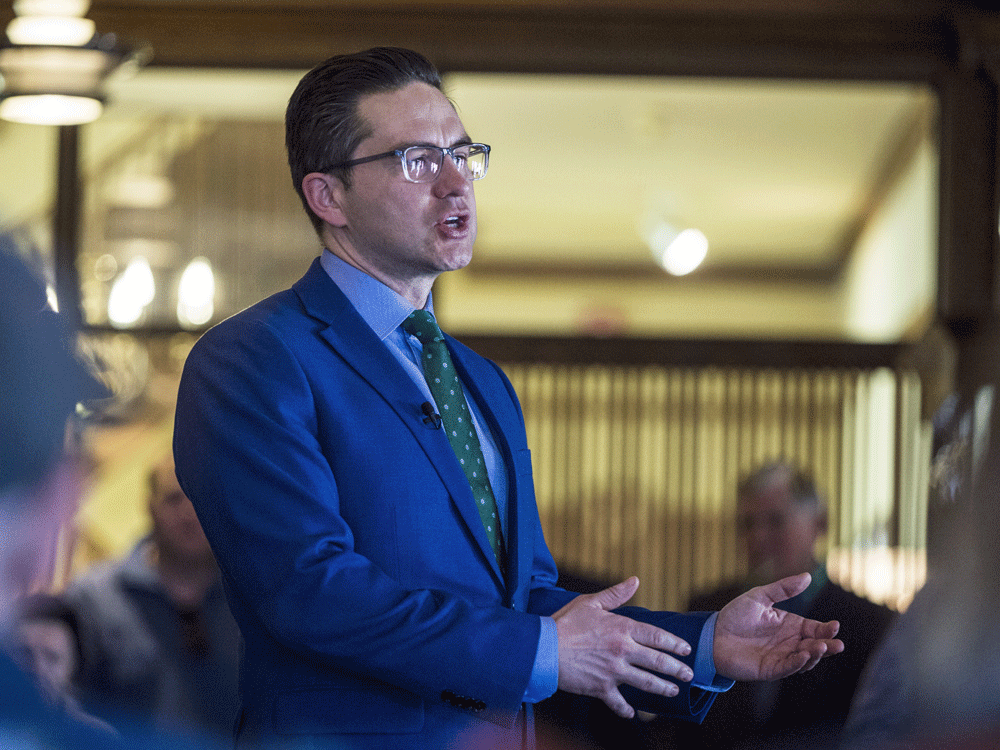 Pierre Poilievre has built an enormous lead in the Conservative leadership race in only two months. His campaign also has the potential to turn into something much more significant: a viable political movement that could lead the Conservatives to victory in the next federal election.

If you isolate a few recent policies that Poilievre has enthusiastically trumpeted, the latter statement becomes more clear. Bitcoin and cryptocurrency, for one thing.

The rise of digital currency has immense appeal with millennials and gen Z voters. These groups live on their handheld devices and view bitcoin as the future of money. They also see a global economy that’s been crushed on several fronts, including immense COVID-19 spending measures and a rise in support of quasi-socialist thinking about state interference and control.

Costs are rising, people are struggling, businesses are collapsing and financial transactions are being subject to ever-increasing controls. Hence, many young voters view cryptocurrency as an opportunity to play a role in the free market economy before it’s too late. With the exception of El Salvador, most countries haven’t taken the plunge of using bitcoin as a form of legal tender. Poilievre has proposed making Canada the world’s “crypto capital,” and this populist message appears to be resonating.

The Conservative front-runner also tackled the skyrocketing Canadian housing market. He shared a video last week of him standing next to a small, older home in Vancouver that was recently valued at $4.8 million. “Feast your eyes on the home of your dreams,” he amusingly said, recognizing it was at a price point far beyond the hopes and aspirations of most Canadians.

Poilievre continued by asking, “Why is it that Vancouver has the third-most unaffordable housing market on planet earth?” He blamed two entities: Ottawa for “printing over $400 billion in new cash,” and government “gate-keepers” who “protect the wealthy” with laws and bylaws that crush average consumers who simply want to buy a house.

His solution is to “remove the gate-keepers. Stop blocking the poor, the working class and immigrants from the dream of owning a home in this country. Shouldn’t our working class be better off now than it was 40 years ago?”

Poilievre’s video is superb. It’s already had more than 200,000 views, which is pretty stunning for a political ad that runs for nearly five minutes.

He’s earned praise from right-leaning thinkers for his innovative, outside-the-box thinking on this issue. Even some left-leaning thinkers have acknowledged this: Gerald Butts, former senior advisor to Prime Minister Justin Trudeau, tweeted on April 11, “That @PierrePoilievre video on housing is really well done. People are tired of complicated answers to a simple question: ‘why can’t I afford to buy a house?’ ”

When I endorsed Poilievre in the Post a couple of days before he entered the race, I knew that he was going to be a strong candidate. I never expected him to leave the rest of the pack in the dust this early in the campaign.

Angus Reid’s mid-March poll had Poilievre 39 points ahead of his closest competitor, Jean Charest. A more recent Abacus Data poll showed that Poilievre was favoured by 46 per cent of Conservative supporters, followed by Charest (24 per cent), Patrick Brown (13 per cent) and Leslyn Lewis (11 per cent).

The biggest bounce was recorded in EKOS/Probit Inc.’s April 4 survey, which listed Poilievre with a whopping 66 per cent support, with Charest (18 per cent), Lewis (six per cent) and Brown (six per cent) disappearing in the rear-view mirror.

Anything can happen in politics, of course. If this trend continues, and Poilievre is able to avoid any potential pitfalls, he’ll be almost unbeatable by the Sept. 10 vote.

Clearly, a growing number of Canadians see something in his campaign. He’s promoting the small-c conservative values of small government, lower taxes and more individual rights and freedoms, and focusing on policies no other Conservative candidate has either tackled, or would have felt comfortable examining in any great depth.

Bitcoin is a dicey topic in many circles, to be sure. Yet the fact that it’s being discussed in an intelligent and straightforward manner, rather than Charest mocking Polievre’s support of cryptocurrency as “bizarre” on CTV’s “Question Period,” is clearly appreciated.

The proof is in the pudding: Poilievre has attracted huge crowds at his rallies, including on university campuses. While large crowds don’t always help political candidates win, they can be a telltale sign of things to come.

If I was advising Trudeau, I would be worried about Poilievre’s rise. He’s starting to look like the second coming of Stephen Harper — a right-leaning politician who liberal elites felt would never be able to resonate with voters, but exceeded expectations by focusing on issues that truly mattered to Canadians.

Here’s the difference: Poilievre may be walking in Harper’s footsteps, but he’s paving his own unique political path. That could be the difference maker in the Conservative leadership race, and the next federal election.

Michael Taube, a columnist for Troy Media and Loonie Politics, was a speechwriter for Prime Minister Stephen Harper.